Not So Graceful After All

In my minds eye, I know how I want to age. Gracefully and unconcerned with the ravages of time. So I decided that I would apply this logic to my hair. It started going grey in those years where my mind temporarily lost all focus - also known as the early years of childhood for the mother. As I didn't pop my kids until my late thirties it was quite a shock to wake up one day, and find out that those years of no sleep and being on duty all the time had done some rather remarkable things to my body, and hair colour. Things that did not make me smile.

But I remained upbeat and decided a couple of years ago that I was going to become an earth mother who embraced the changes as just another stage of life. I would be like this - 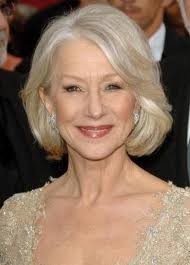 Me and Helen Mirren - the epitome of aging gracefully.

Bollocks! If I had any doubt in my mind that I was dealing with this quite as I would like to then a short while spent in the H&M changing rooms yesterday set me straight. It didn't take long in front of full length mirrors with overhead fluorescent lighting to tell me things that I did not want to know. Some things could not be fixed instantly. Others could.

A quick trip to Boots was all it took - 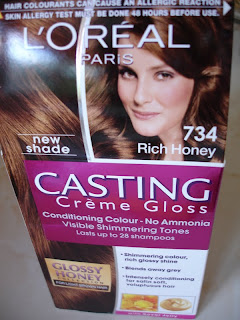 Half an hour of my day and I feel so much better than I did. Maybe not up to Helen Mirrens's standards but I do feel a little less like this - 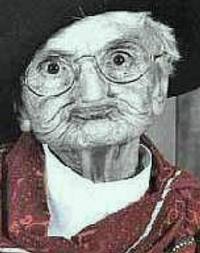 Susan
Posted by Canadian Abroad at 14:09