It's All About The People

I think we all firmly established a long time ago that quilting people are the best. Spending a weekend hanging out with your quilting friends and sewing therefore has to be one of the best ways to spend time. This past weekend was no exception. It was all about spending time with some of my friends.

We stayed in a converted stables on a farm just north of Uttoxeter which put halfway between the Glaswegians and those on the south coast. The house was perfect for our purpose because it had six bedrooms with multiple beds in each room. And the huge kitchen had three full sized tables for us to set up our machines at. We had twelve machines in use and there was enough space between that no one struggled in the least. 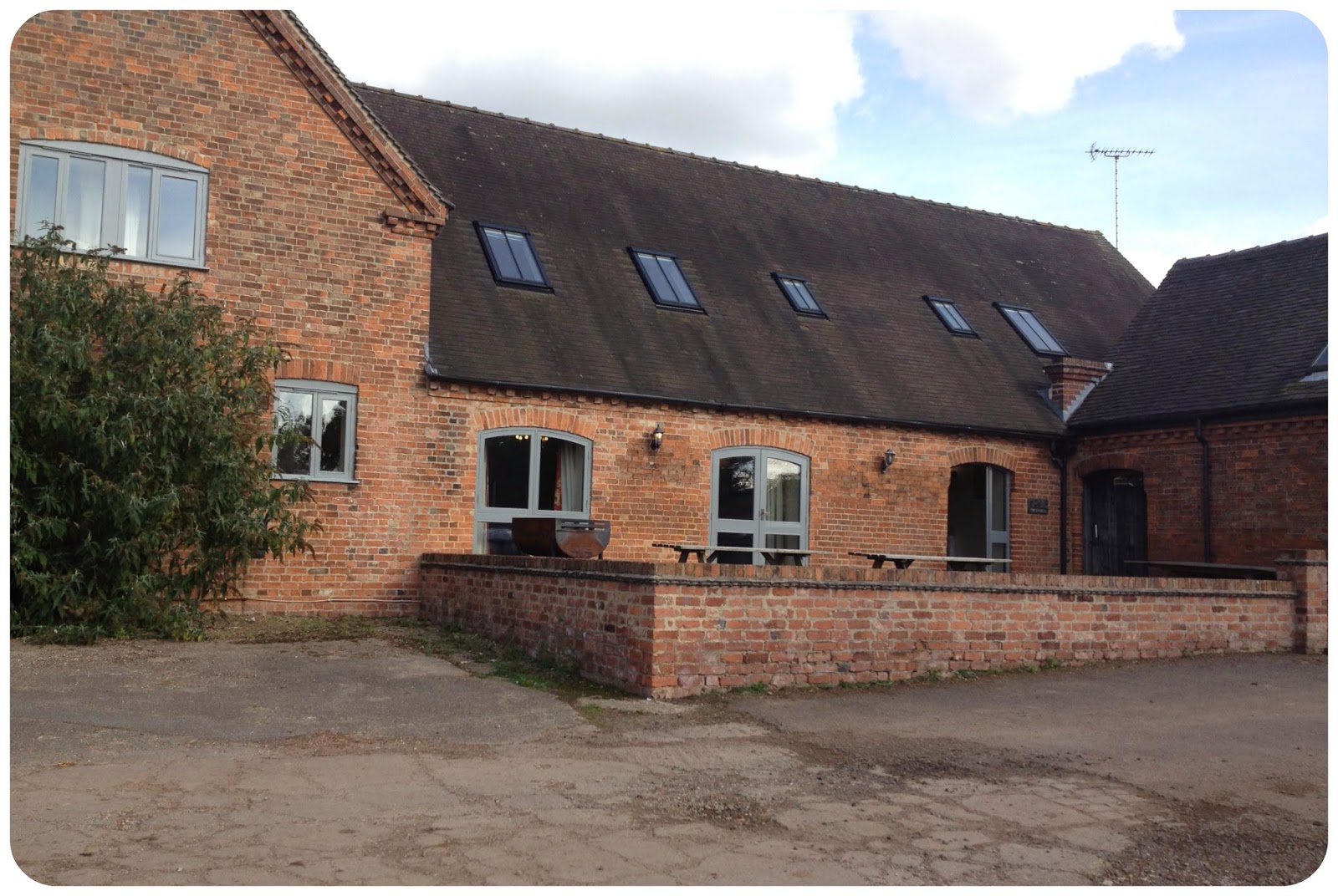 The weather was abysmal on Saturday morning which was perfect as we were not tempted to go outside at all. Breakfast over we all sewed, and sewed, and sewed. And talked a lot of course. Drank copious cups of tea as well. Most of sewed until 11pm that night. Seriously, so easily done when you are in like minded company.

Lots got made/completed/worked on. A lot! 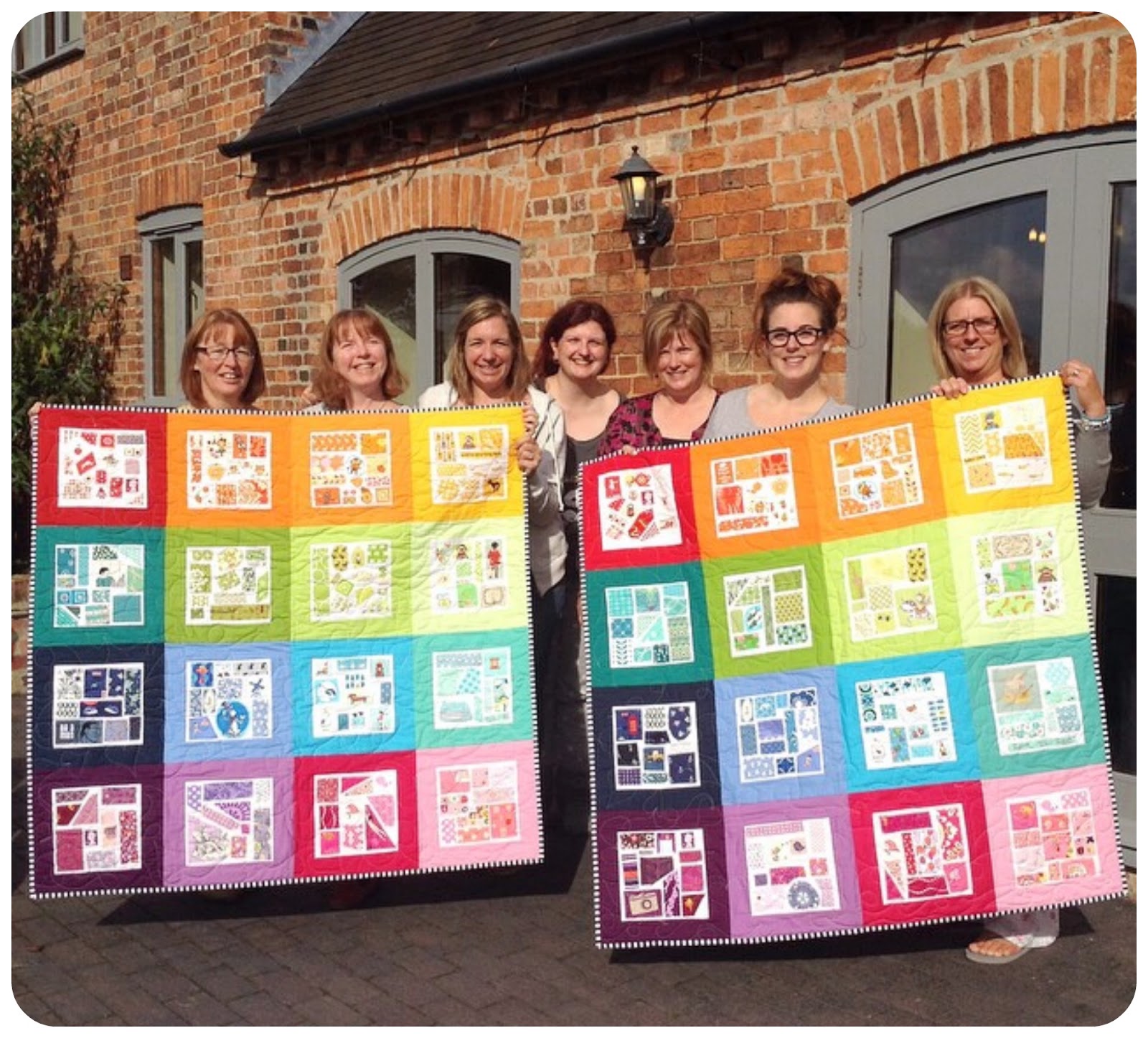 We also unveiled these gorgeous quilts Brit Bee have made for Terri's future grandchildren. It has been a group effort to help Terri achieve some of her goals. 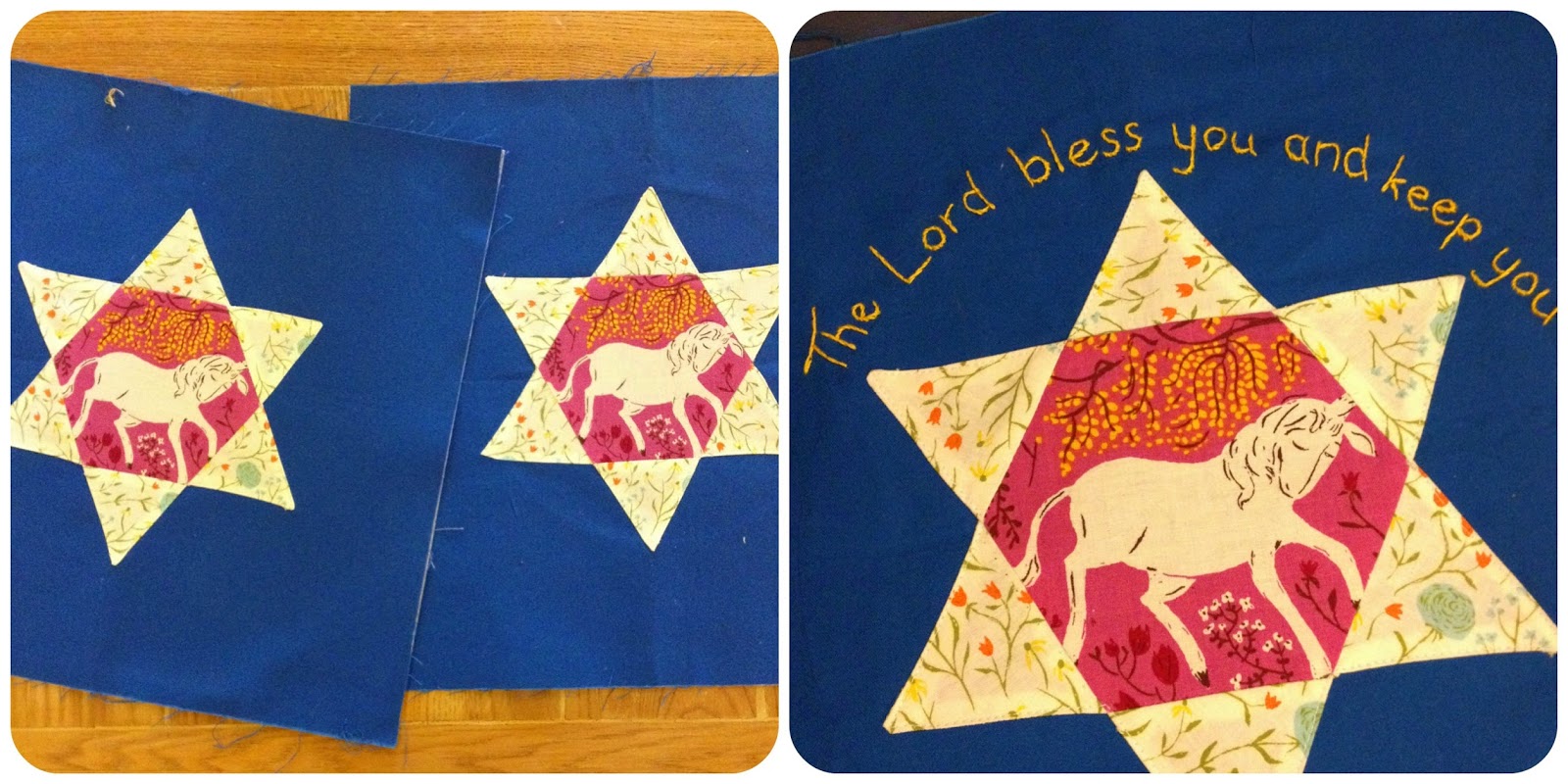 I also made these two star blocks, and then started the embroidered prayer on one of them, as per Terri's request. These will be in two quilts made with Terri's original Brit Bee blocks, and will be for her daughters. There are just four more blocks to be completed to bring the total to 50 and then the quilts can be made. 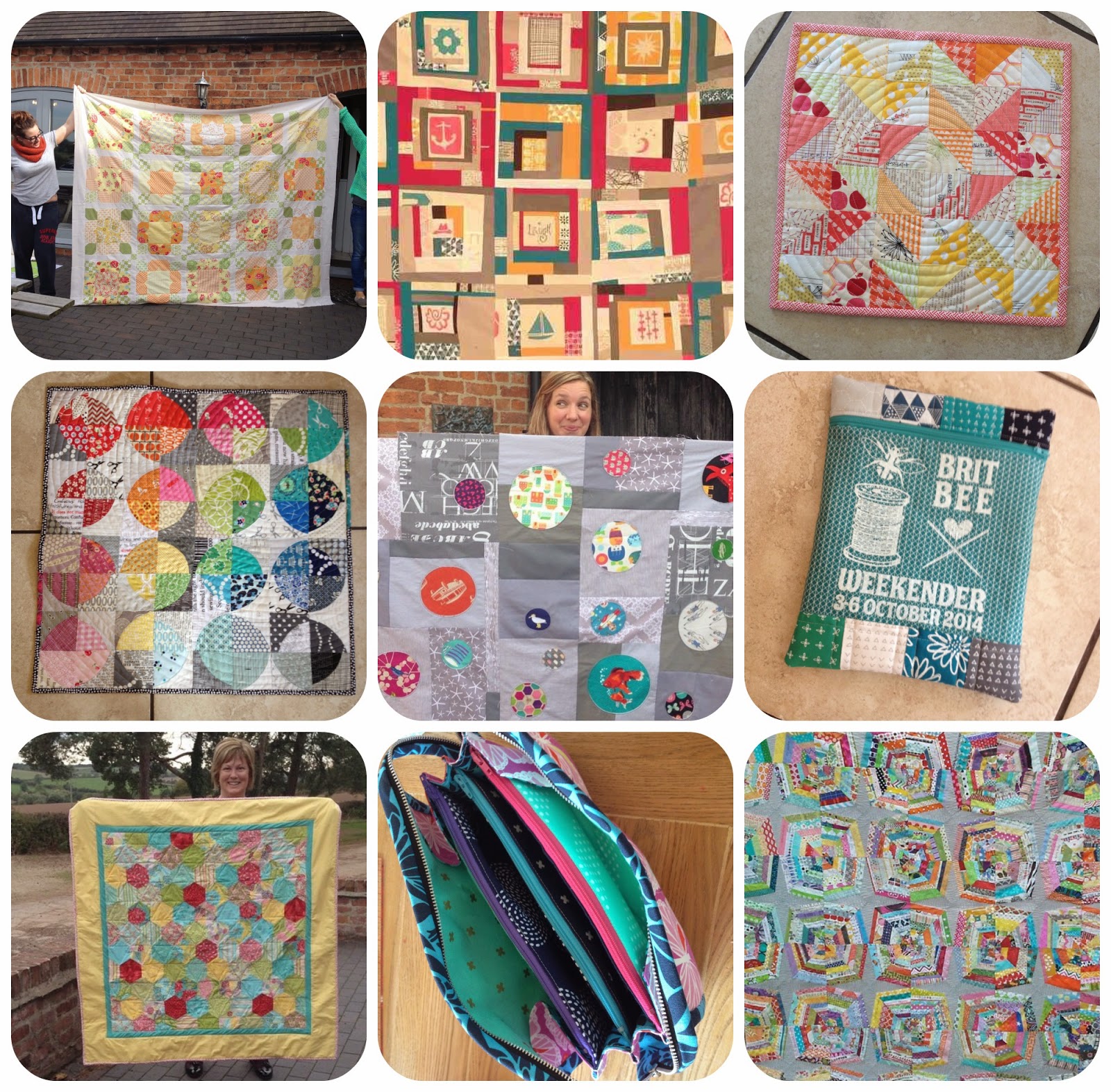 And here is a sampling of some of the other projects worked on, big and small. The projects were so varied, but the one thing they had in common was how gorgeous they all were. There was a general air of excitement whenever someone got a project to their weekend goal - finished, quilt top or whatever.

I would show you what I was working on, but there are demands being made for dinner here so I will tell you about that tomorrow.

Susan
Posted by Canadian Abroad at 18:24