Day four of being snowbound. Food is running low and we are starting to look at each other with a hungry gleam in our eyes...

... Yeah, okay, there is a Coop just a short walk into the village and while it did run out of cabbages there is still food on the shelves there. The roads are pretty clear once you get off the side streets (UK councils do not see the reason to grit anything but main roads for those living away from these cost saving measures) and I could have got the girls to school today, only the schools were closed again.

I can deal with this. What I can not deal with is the television being on for more hours than any brain should ever suffer through. I may have mentioned that to the girls this morning in less than polite terms. I directed them to this Pinterest board (not mine but a great one if you have kids) and instructed them to pick a craft, any craft we had the supplies available for, and then to make something.

They settled on salt dough. Fine by me. They had to walk over to the shops for more salt, picked up one of their friends on the way, and have been giggling away on the kitchen floor ever since. Much better than telly!
If they get tired of the salt dough - some creations shown below - then they are thinking of making the mice in walnut shells as shown below - instructions for which can be found here.

While they giggle, and make things, and squash things repeatedly as far as I can tell, I have been sewing. I've started quilting Singing the Blues. I began by making lines with my ruler and a hera marker and then attempting straight line quilting with the walking foot on. 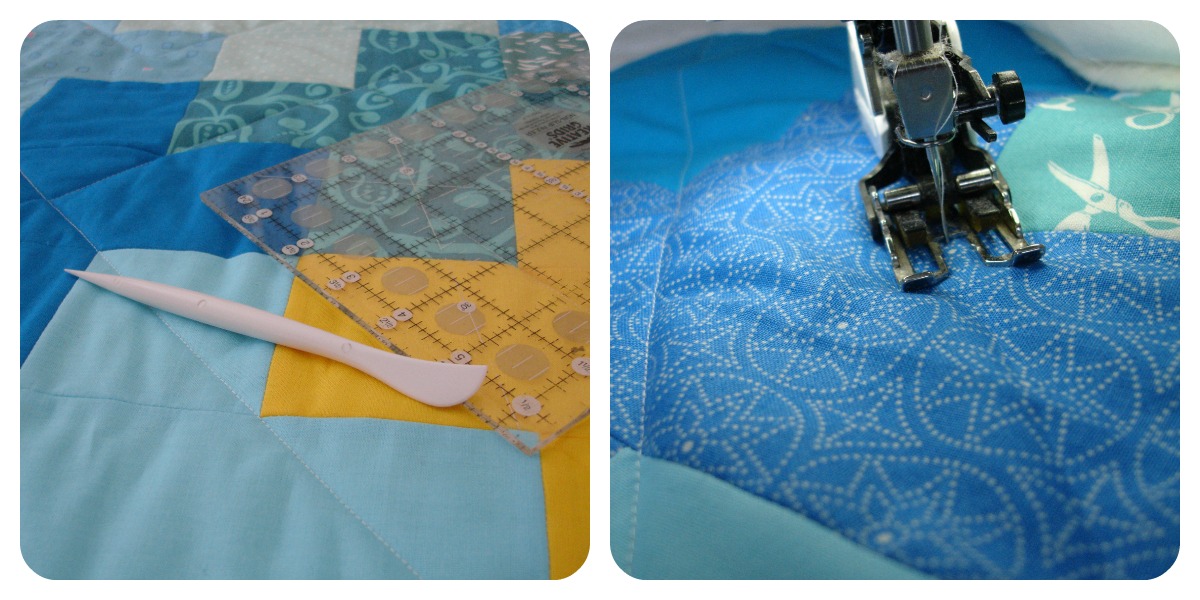 Doing lots of close together straight line quilting is a learning curve. One thing I have had to improve is the propensity to have the fabric pucker. I don't like puckers! 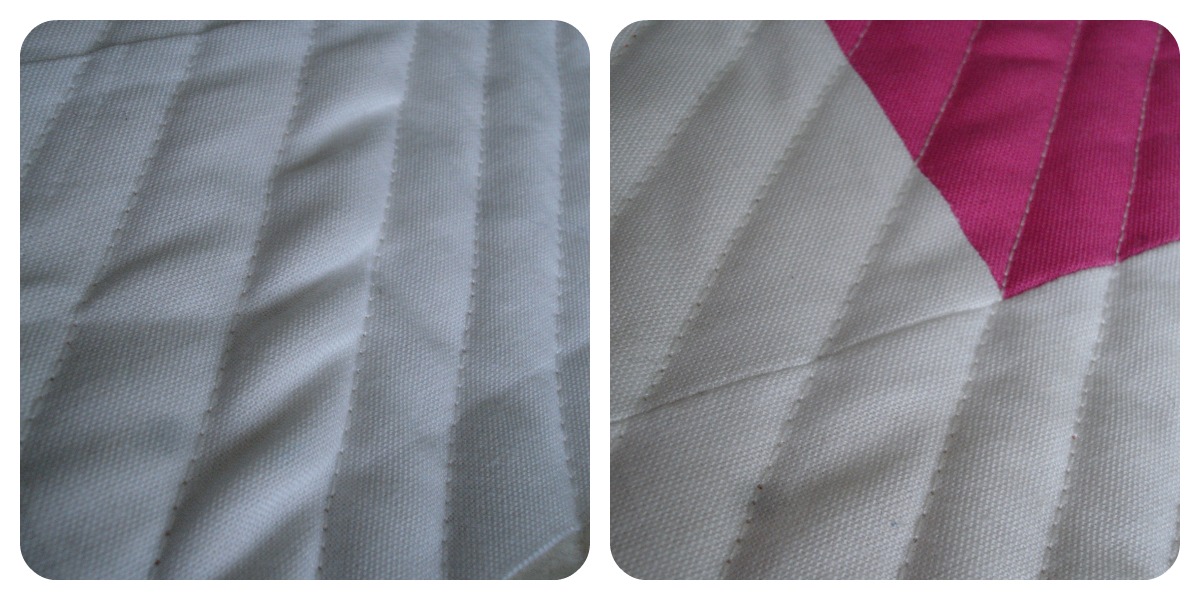 You can see the improvement between the two photos above. I will be pulling out some stitches I do believe, or this quilt will look more wrinkled than a geriatric elephant's bottom. We don't want that.

Susan
Posted by Canadian Abroad at 15:08