We woke up to a white world this morning. Only it was the same white world as yesterday. Barely a flake fell during the night. So really the girls should have gone to school, but I made an executive decision that earned me major brownie points in their eyes. I decided not to take them.

Snow was forecast and I just knew that the schools would close. By not taking them in the first place I saved myself being called out by the school when the roads were less than nice, right?! Snow started but ever so lightly. I started feeling really guilty about the decision.

Then finally it started snowing properly. And by 10:30am the primary school was declaring that they would be shutting and half an hour later the secondary joined in the fun. Vindicated! Woohoo!

So a snow day meant a sew day. Happy, happy me. I set to with a vengeance and I got another Stitch Tease block made. This time a 25" square block for Annabella. She asked for curves, and rich colours. I think I delivered, but again all I can show you is a heavily pixilated version. And a little bit of a tease for Annabella. 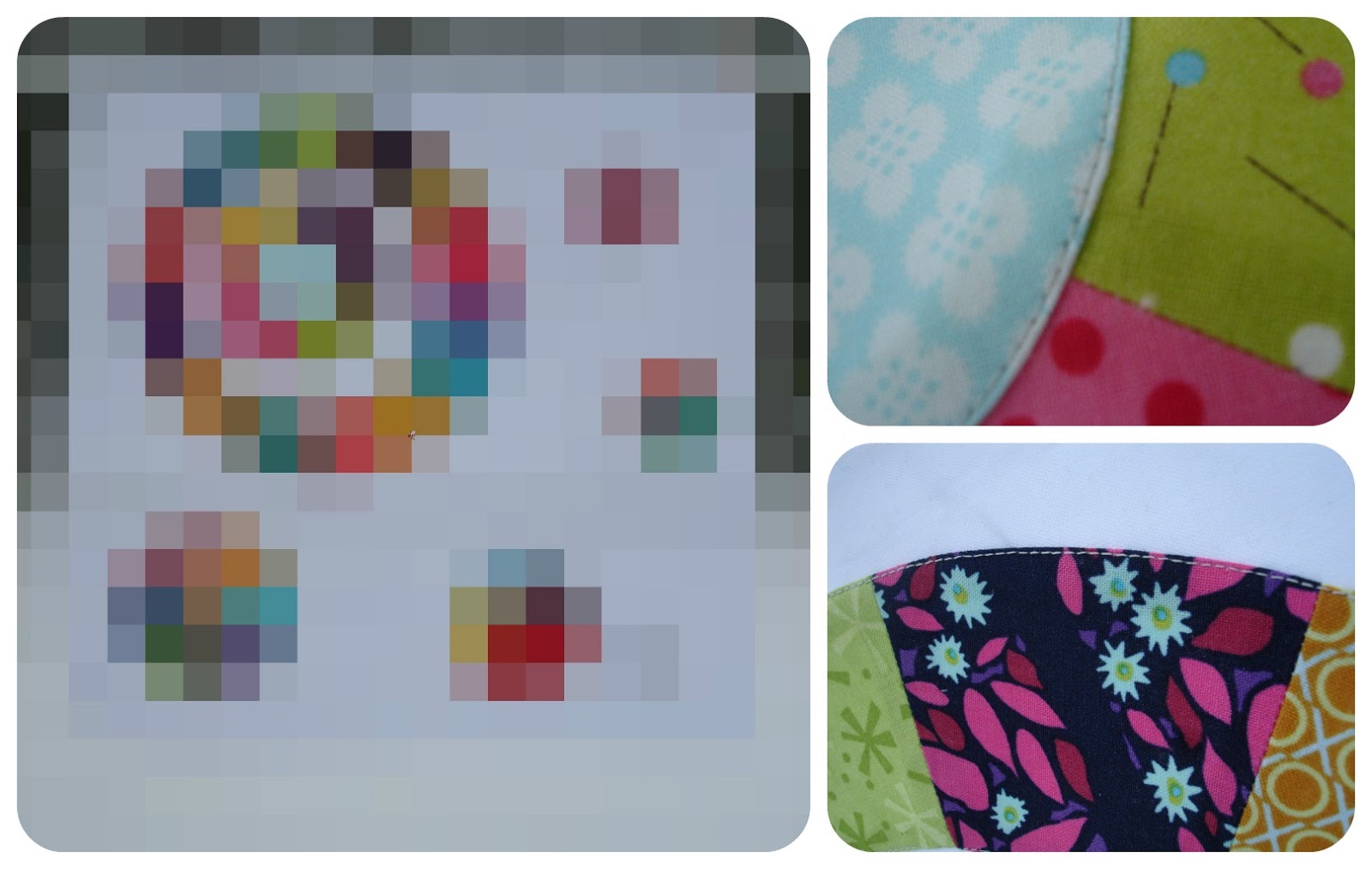 Finally, our postman came through the snow, the wind, the blizzard conditions a bit of snow and delivered my Moo stickers. Now all I have to do is keep the girls off them. 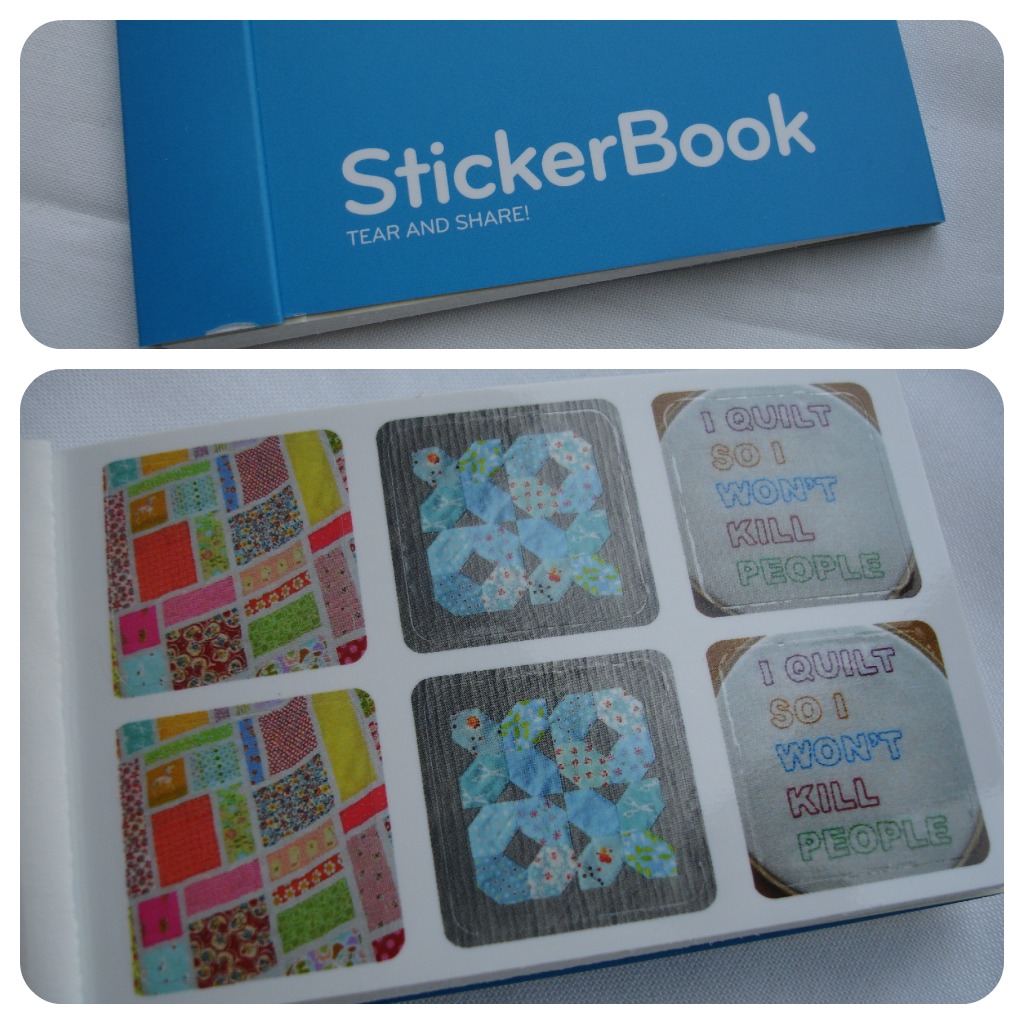 The stickers measure 7/8" and I do love them. I am rather fond of the close up of the hugs and kisses. I think it will be a nice way to seal a parcel.

Susan
Posted by Canadian Abroad at 13:24