Mother Nature Can Be Cruel


After waiting all weekend for snow, the girls awoke to a white world this morning. Not enough white to have school cancelled though. As Emily said, 'So not fair!' They squeezed some time outdoors in before the school run. It wasn't even really light yet! 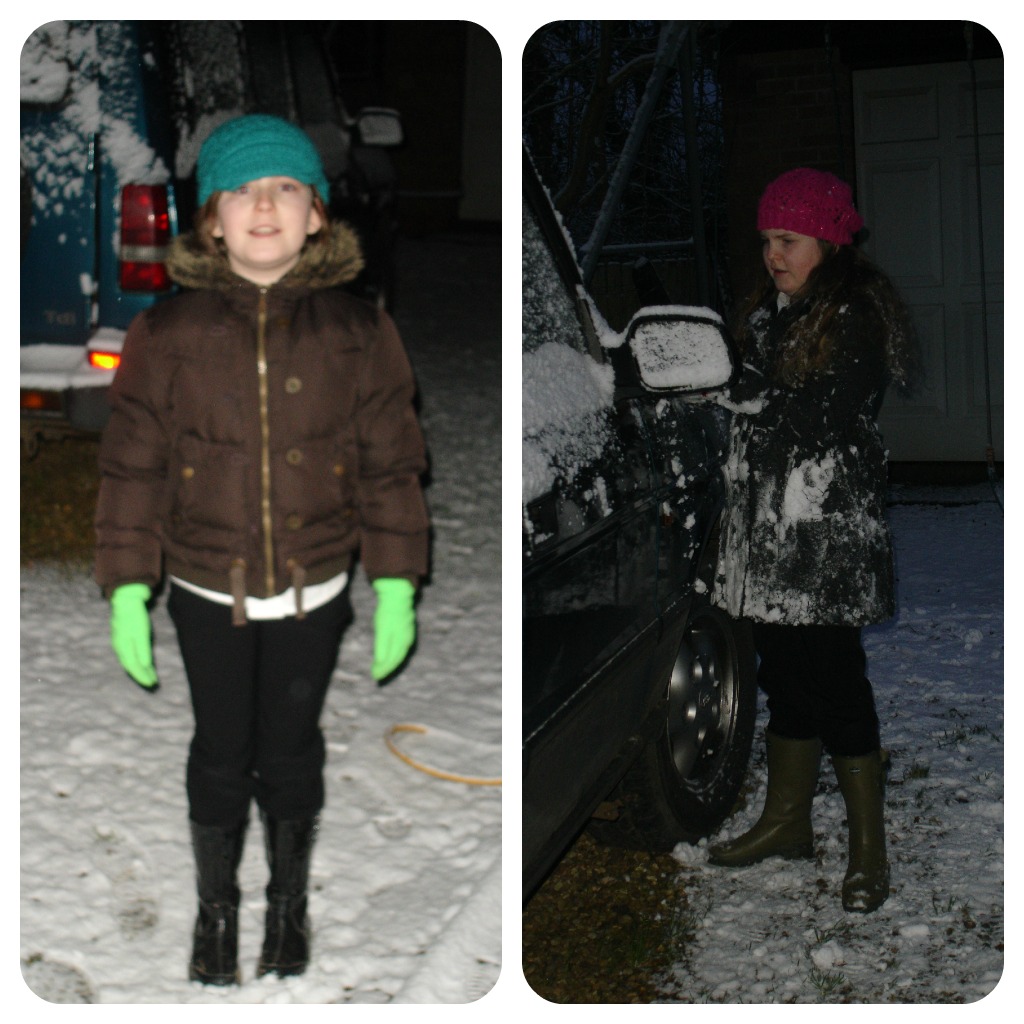 There was a reprieve for one of them though. The snow continued to fall and the primary school caved in and closed. Emily got half a snow day, which she declared better than no snow day.

My North American friends need to try and not laugh here when they see how much snow got school cancelled. Things work different here. And we get so little snow that, quite frankly, I am happy for the extra playtime the school closing gave Em.

While the snow fell I pinned and sewed. I got Salt Air basted. And as I have a very poor success rate keeping the backing flat while basting I tried something new this time. I pinned the bugger to the carpet, and it worked. I don't have a non-carpet floor big enough for basting so taping it down is  not an alternative. I was quite pleased that the pinning worked.

I then did a big loop-the-loop stipple all over the HSTs of the quilt, and some FMQ words around the border. Now all I have to do is trim, sew the binding on the front and hand sew the back of the binding down. 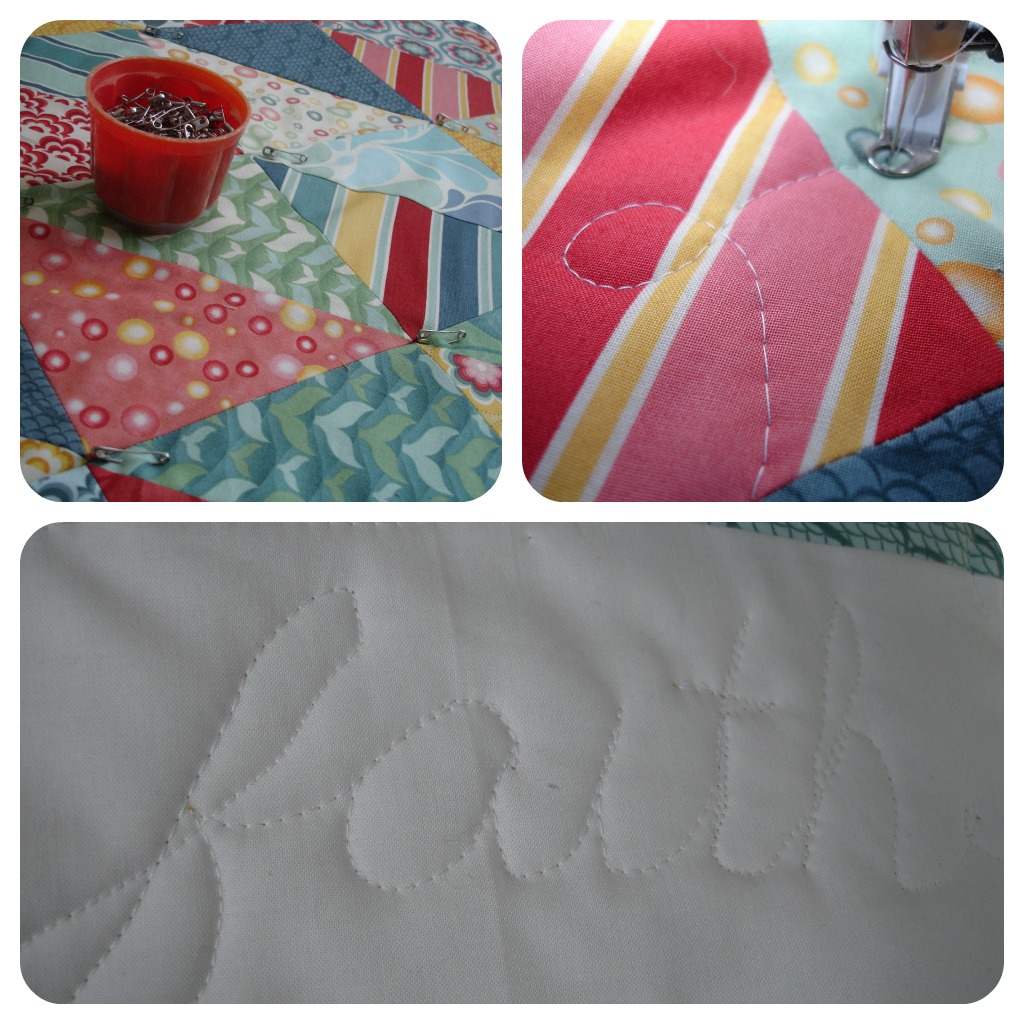 I may have my first quilt of 2013 finished tomorrow. Maybe.

Susan
Posted by Canadian Abroad at 17:59