The courier company had a five hour window to pick up the quilt today. Five hours! Though they were supposed to aim for 10am. Fat chance. Obviously they failed totally and arrived ten minutes after I had left the house. Which would be why they had been explicitly instructed by the magazine to arrive before 2pm.

So I was stuck in the house all day. You might think I would finally get some sewing done, of the Christmas present type making. Well, I was working on the right holiday but in the food medium instead. 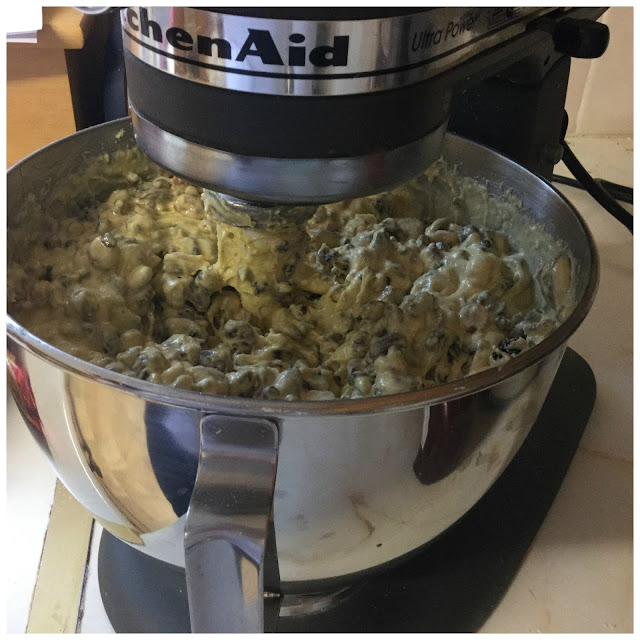 I got the Christmas cake made, finally. Every year I think I will get it done in half term. Every year I fail. Next year maybe I will aim for before half term and see what happens. I also got the mincemeat made. And then chilli for dinner. And got a chocolate cake all measured out and ready to mix as soon as the oven was available again. It's himself's birthday tomorrow. Cake is required.

I tidied. Minimally. I folded and put away laundry. I was truly having a productive day. More than I can say for the courier company.

Whilst tidying I went to put away the fabric leftover from the quilt I just made. All the pieces were odd shapes and sizes, and there were a lot of little bits that begged to be cut up into something useful rather than me trying to sort them into tidy piles. So I started cutting. 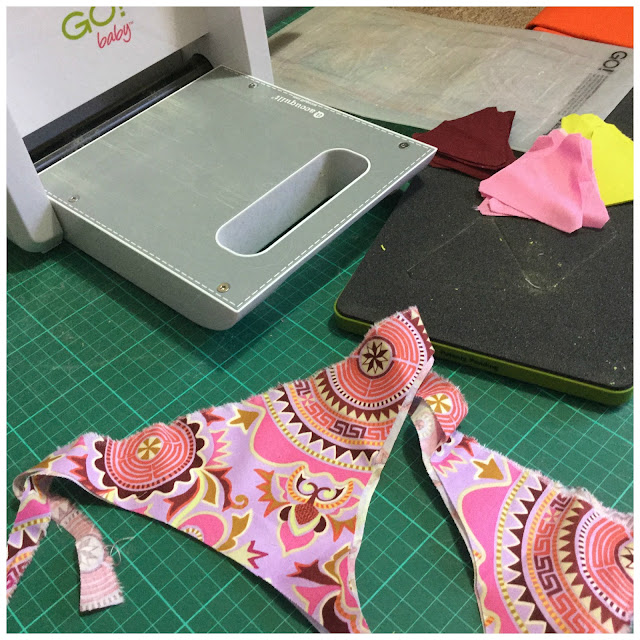 Look at the state of my Go! Baby cutting mat. I ordered a new one a week ago. They shipped it today. Out of curiosity, why does it take a company a week to put an item into an envelope? Hope it gets here tomorrow so I can cut more efficiently. Lots of these odd shaped pieces of fabric to go. The aim is to have enough triangles to make a cushion cover.

Maybe it could become a Christmas gift for someone. Then I could start ticking off those boxes. Do you plan to make gifts every year and every year think you have lots of time to get it done, and then suddenly it is the middle of November and you are left wondering how on earth that happened? Every damn year I do this to myself. Don't even ask when I always think I will have Christmas cards written by!

Well, if nothing else at least I'm consistent. One day I might be organised but don't count on it any time soon.

Susan
Posted by Canadian Abroad at 19:37