Once the girls and I left the lovely Sarah and Molly Moo we headed further away from home again. This time into the Northwest Highlands. It was the first time I had been up here, if you don't count one port of call to Inverness back in my cruise ship days.
On the west coast we found spectacular scenery, very winding roads and small coastal villages. 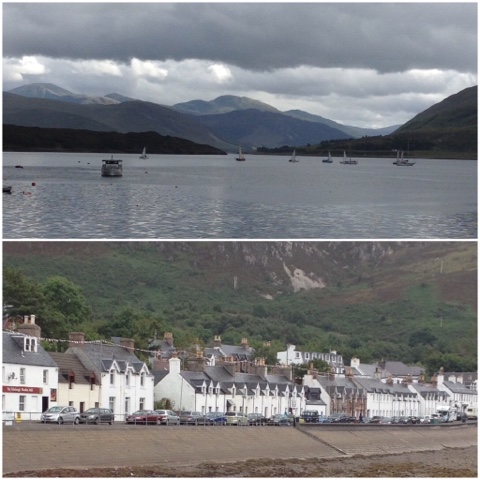 We also found the cottage we had rented for a week, in a smaller community which I wouldn't even call a village. Right on the sea. 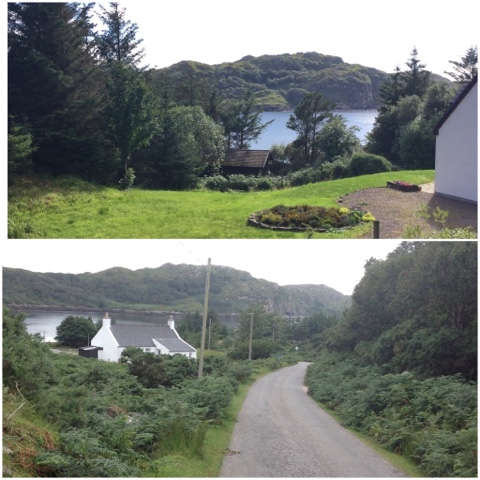 The top photo is from the sitting room window, looking over the neighbour's garden and out to sea. The bottom photo is the road we took to get here. There's a lovely pebbly beach to walk on, a small book store/cafe, and peace and quiet. Oh, and about a million midges who didn't seem to like the taste of me but who ate the others alive!
There is also the lovely @sewgoclimbing who, along with Mr Sewgoclimbing took us rock climbing. When I say us obviously I mean the girls. I was there to carry food, extra clothing, etc. And to cheer them on which I like to think I did spectacularly well. 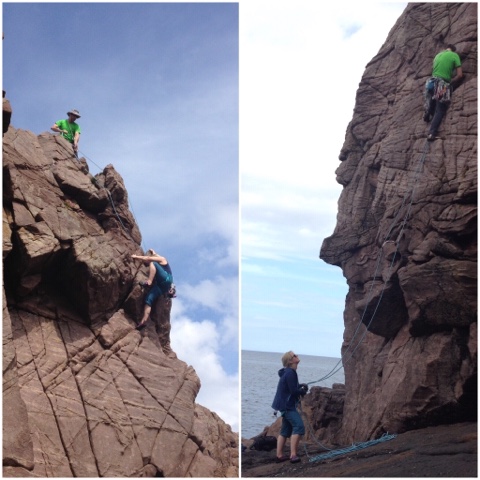 That's those that knew what they were doing, above. It was a beautiful day, sun streaming down. Who says it always rains in Scotland?! 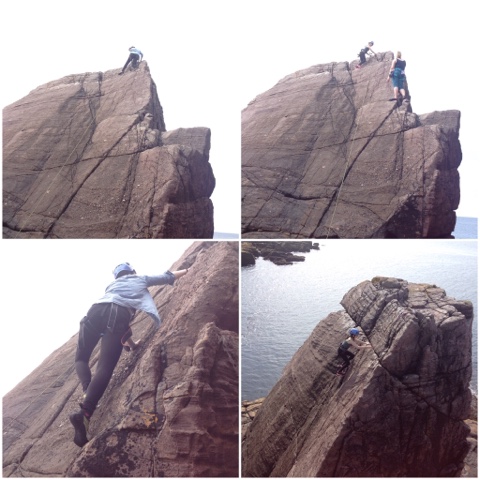 The girls loved the climbing. I loved that they loved it - if that makes sense. They've tried before but this was the hardest rocks they've ever tackled and as you can tell from the photos, they did it. Yay!
Meanwhile, the non-midge magnet (me) went out for a long walk another day without the midge magnets. I love my family but there has to be something said to striding out on your own. Not once did I hear "How much further?!" 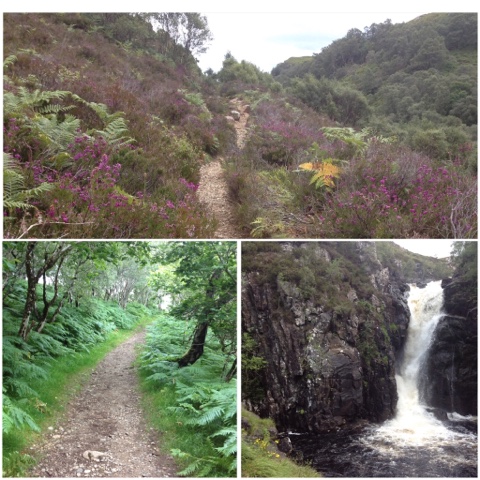 I worked my way up from the shore into hill slopes covered in ferns and heather. The reward was the beautiful waterfall at the top end of the trail. Though I veered off on a tangent after to get some more gorgeous views. I could have happily just kept on walking but as there was no helicopter booked to lift me out of the wilderness once I'd had enough I did have to return to the cottage. Shame.
And the last adventure I have to talk about it the girls twice spent time on a private climbing wall. They learned so much about technique even in this week it was amazing. Now I need to go home and see if there is a climbing wall near to us, that isn't over crowded, and too expensive. 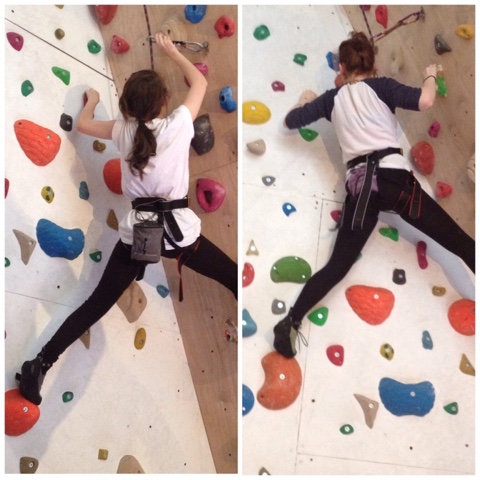 So, we came to Scotland fully prepared to be rained on every day, because they've not had the greatest of summer up here. But we were blessed with more nice weather than we could have expected. And we've had an absolutely marvellous time. We drove approximately 700 miles to get up here from the Middle of England. And it was worth every last mile.
Susan
Posted by Canadian Abroad at 18:02