Three weeks from now I, and many others, will be at the FQ Retreat in London. It occurred to me yesterday that my secret partner in the name tag swap would probably like to have hers before she arrived. Best that I get on and make it then!

In my rummaging around recently I had found an old name tag that himself had had for something or another. I put it aside at the time, thinking it might be useful. It was. It had a clip and a pin on the back which would be good for my partner to choose how she wished to wear it, and the pin allowed me to add a lanyard too - without any hassle at all. I like that.

Other than me pilfering items from the junk drawer the back isn't very exciting. I am quite happy with the front too though. I went with a scrappy, curvy theme. And did some embroidery. Then I went into my selvage scraps and made the lanyard from two of them.

I hope that my partner is happy with what I made for her. It is officially with the post office now, and on its way.

Meanwhile, I have continued the house de-cluttering. I am roping in others this weekend. Both girls are under strict instructions not to come out of their rooms this afternoon until their rooms are a good deal less horrific. I am controlling every instinct I have to go up there and 'supervise' and I am just letting them get on with it. It's killing me.

And a quick mention of my dad, who took me out for a lovely lunch the other day, which we followed with a walk by the canal. I IG'd the photo of him and many expressed surprise that he was 80 this year. I hope he reads this blog post because he would love to learn how young so many thought he was. He'll be chuffed to bits. 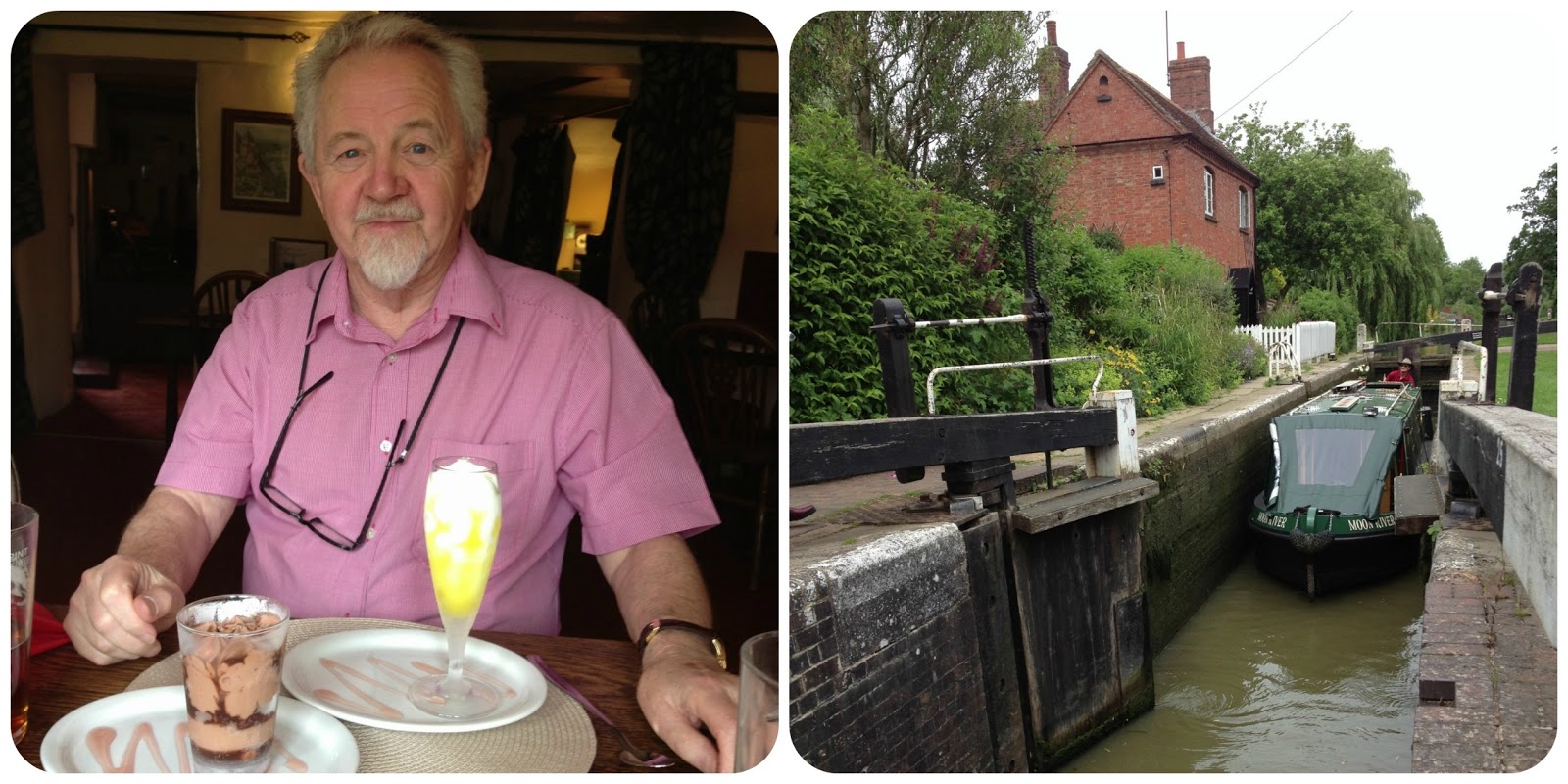 Thanks for a great day out, Dad!

Susan
Posted by Canadian Abroad at 15:16