The Blocks That I Made

Yesterday I showed you what my wonderful Stitch Tease quilt top looked like. Today I will show you the seven other blocks I have made over the past year and give you the links to the other quilts, if you have not seen them yet. I am showing these in no particular order as I cannot for the life of me remember when I made each one.

The wonderful thing about this bee is that each and every person set an entirely different challenge. New skills had to be learned (by me at least) and a lot of thought needed to be put into the blocks, as you will see.

Di asked for a long (10" x 70") strip with a word on it that reflected her. I did several words. Yes, I know, impossible to shut me up even on a quilt.

I wanted words that summed up all the other words that were already made for her quilt. I had the honour of piecing Di's quilt top and therefore I had to decide what order to place the strips in, and make the final strip to tie things together. I hope that I have achieved my goal. You can see Di's quilt in its entirety here.

Hadley was in this bee too. She asked for long strips that were scrappy and colourful - though no red please, and yes, she was partial to a little Heather Ross. Interspersed would be white squares of random sizes. Sort of like my quilt but squares instead of stars. Obviously a woman of good taste then!

You can see Hadley's quilt here.

Danny was the most difficult to make a strip for because she basically told us to do what we wanted. Without much guidance I dithered for a long, long time. What I eventually came up with was this strip. I have showed you from both ends as it was a hard one to photograph on my own. 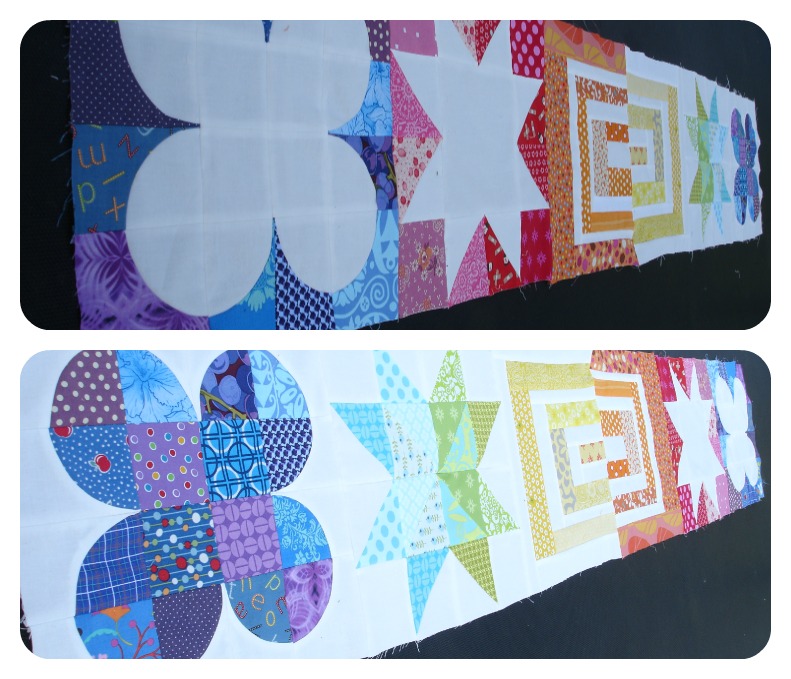 Because we had such a open remit for Danny's strips her quilt was going to be the most unusual and I wondered what it would turn out like. No way did I ever imagine that such disparate blocks would come together in such a stunning manner. You can see her quilt here.

Helen asked for wonky stars on an ash grey background. I love making wonky stars so this one was a joy to make. No angst at all. Just a matter of choosing fabrics I thought she might love and would balance the colours used by some of the others already. 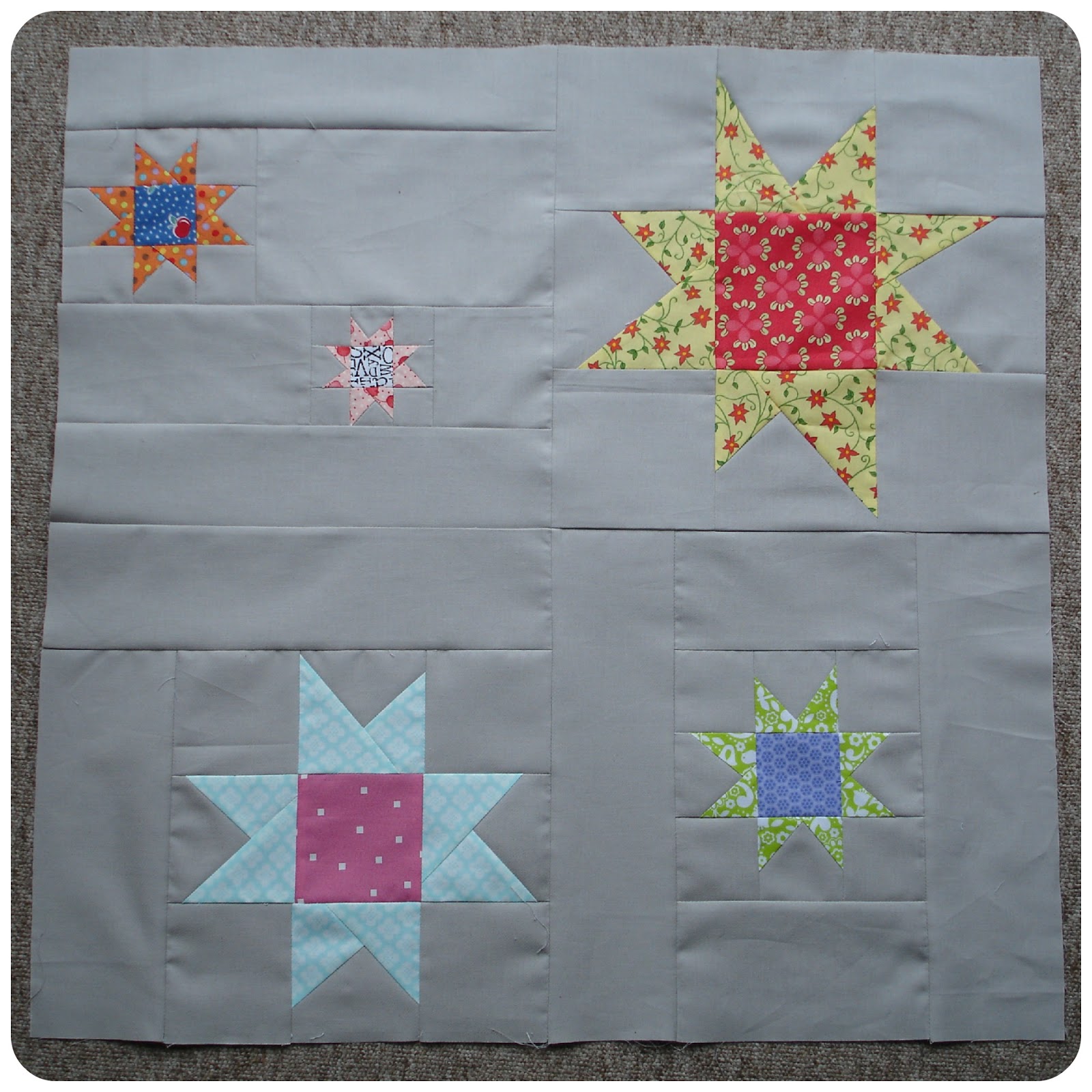 Dianne asked for pinwheels of any kind on a white background with a rose pink and greens being her primary colour choices. I hadn't done a lot of pinwheels prior to this block so did a little online pinwheel hunting before I decided what to do. I hope I struck the right balance. 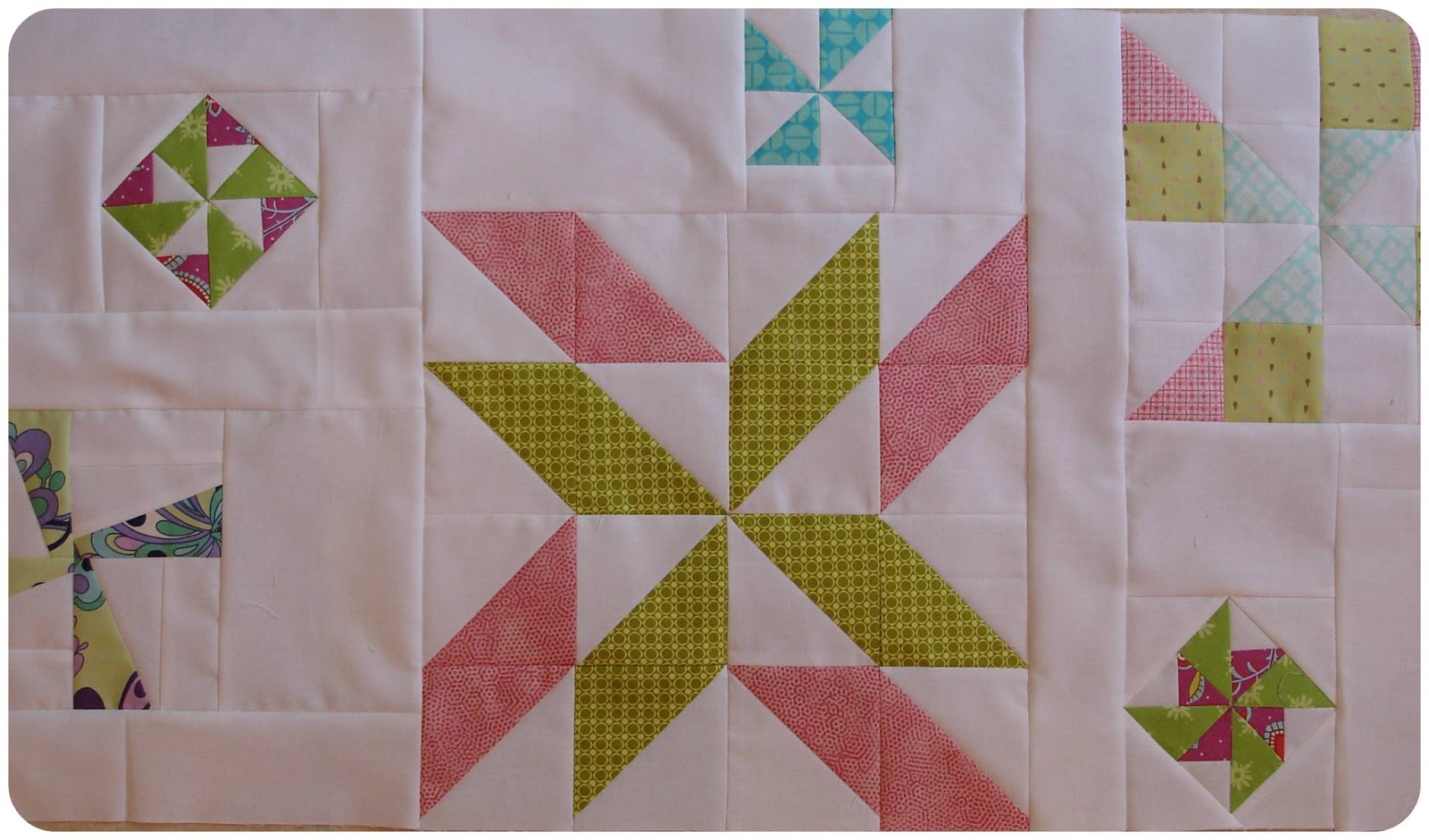 Annabella challenges us further by asking for curves, in jewel tones. I took a while thinking about her block too. Eventually I went with my method of using freezer paper to make wonky dresdens and applied the same method to some circles too, which were all appliquéd on the white background. 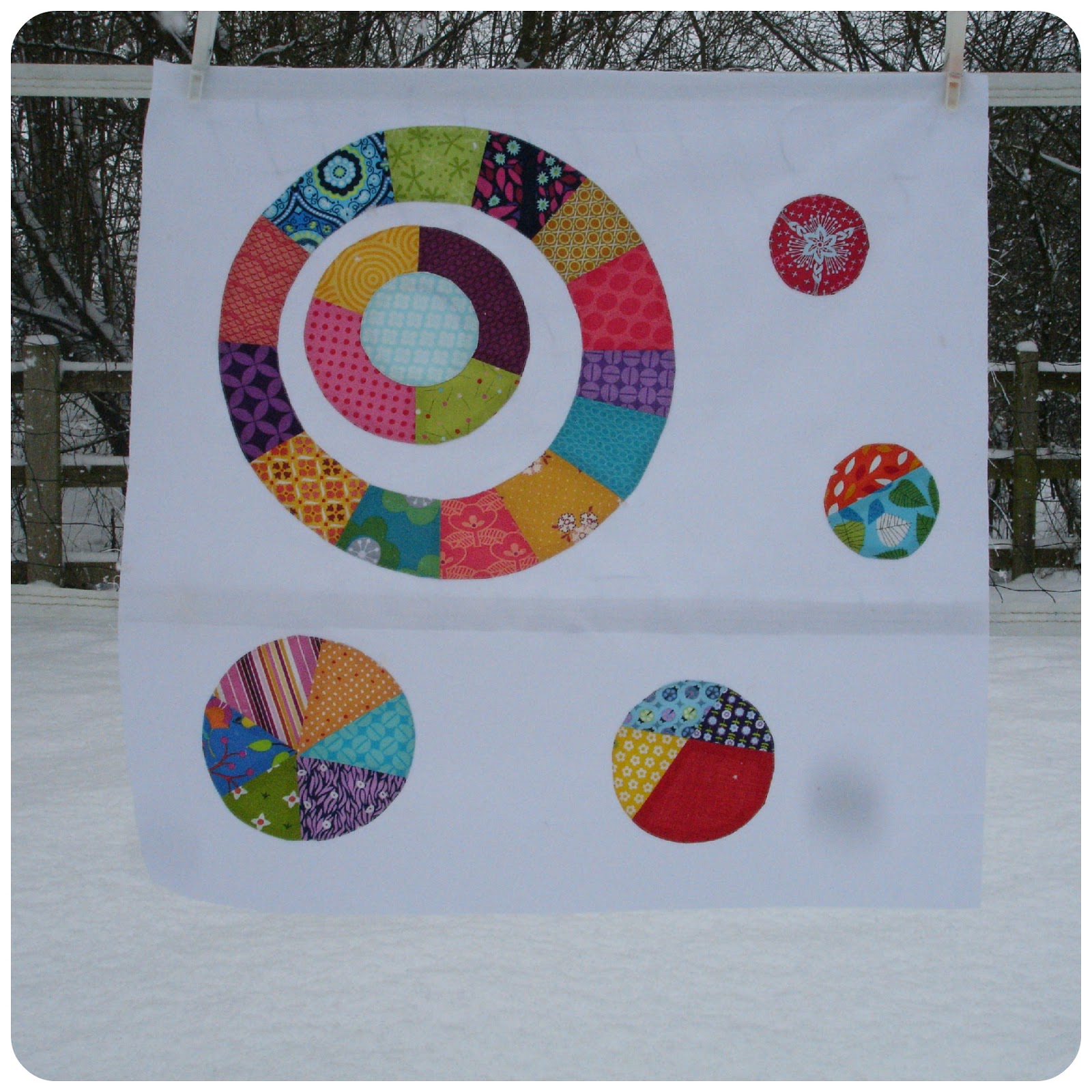 Last, but not least Katy set us an entirely different challenge. She had a feature Monaluna fabric which she wanted us to make blocks based on the vehicles on it. Well, seeing as how often I have begged people to make VW camper vans for me and they have so nicely obliged, I thought it was time I coughed up and made one for someone else. My fmq is a little wobbly, but I think I did okay. 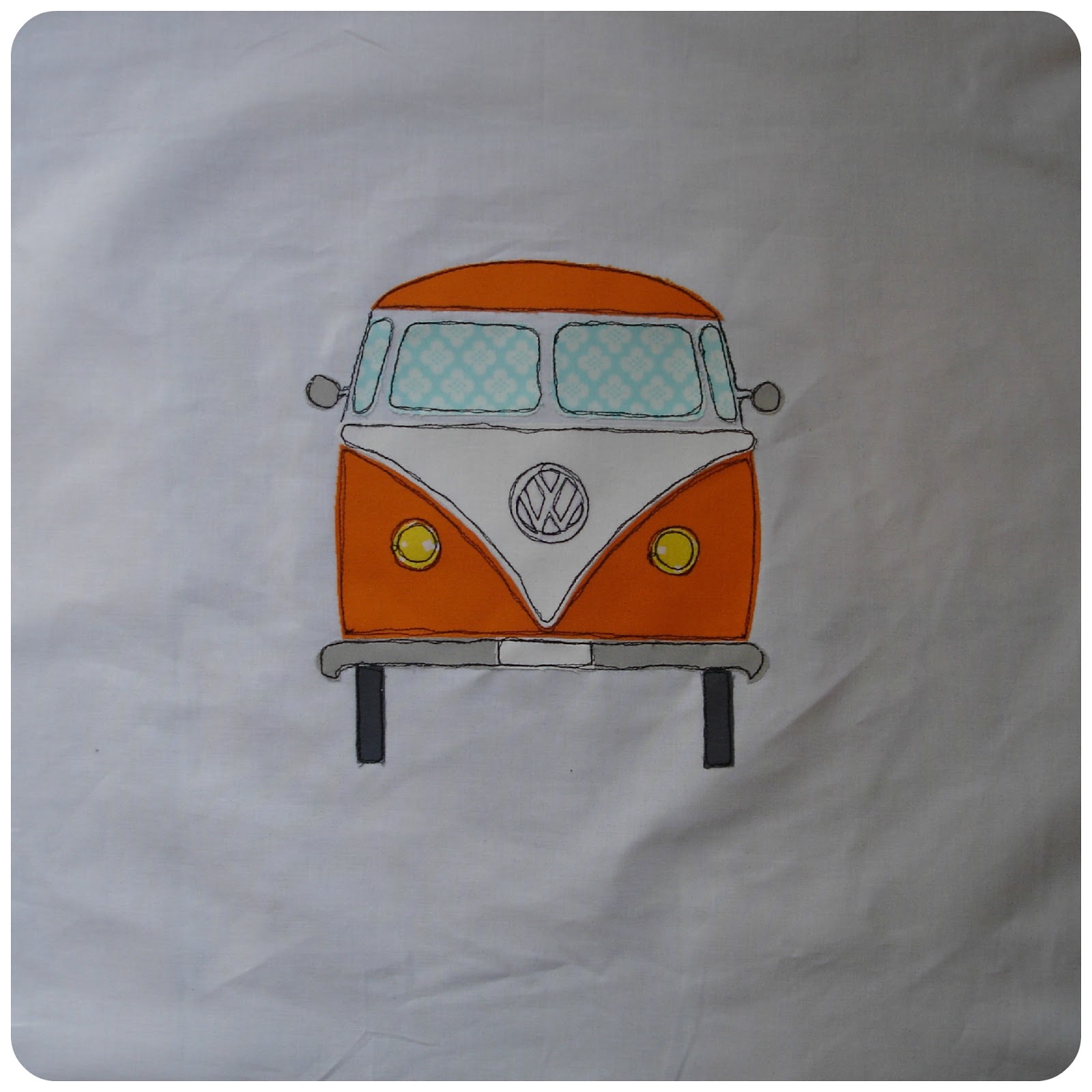 And that, my friends, is the round up of what one bee and seven good friends can accomplish in one year. I hope you enjoyed it.

Susan
Posted by Canadian Abroad at 08:00