One of Those Days

I suppose I should be all happy because I finished a project, and it was even on my FAL list. I should be smiling because I like it, for the most part.

Only me and my machine did not get along today. It culminated in said machine refusing to do a zigzag stitch through the thick layers when I was sewing the sides of the cushion together. I begged it. I implored. I insisted. I swore - a lot. It stubbornly refused. I even tried doing the stitch in reverse. Hey, try anything once!

By the time I had this cushion together all I could see were faults, not any of the good stuff.

I had planned all along that this hexie panel become a cushion. I wanted it to wrap round and not have a defined edge to either end of the panel by cutting it off into a seam. I hadn't planned on the scorch mark I gave it when I used a too hot iron on a well starched piece of cotton.

Nor did I plan the the quilting would push the hexies after they were appliquéd down so that they folded over themselves a bit on some of the edges, as seen below. That really annoyed me, but obviously not enough to pull out every last stitch and try again. 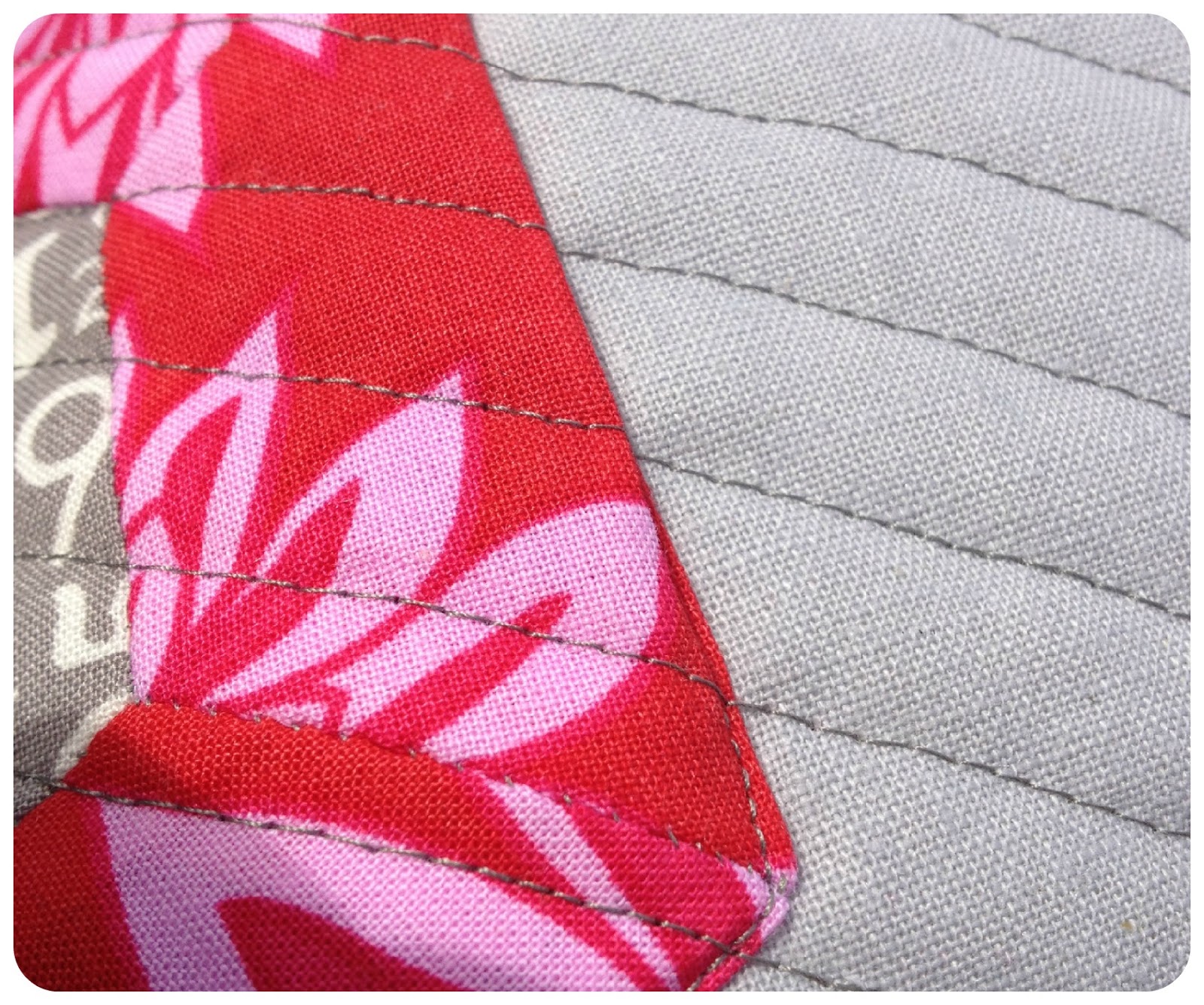 I did a simple envelope back because I was so pissed off by that point that the effort of putting in a zip seemed too much for my frayed nerves. Because it would have had to be an entirely invisible zip; as seen in previous cushions my long zips are all bright blue. So not appropriate for this cushion! 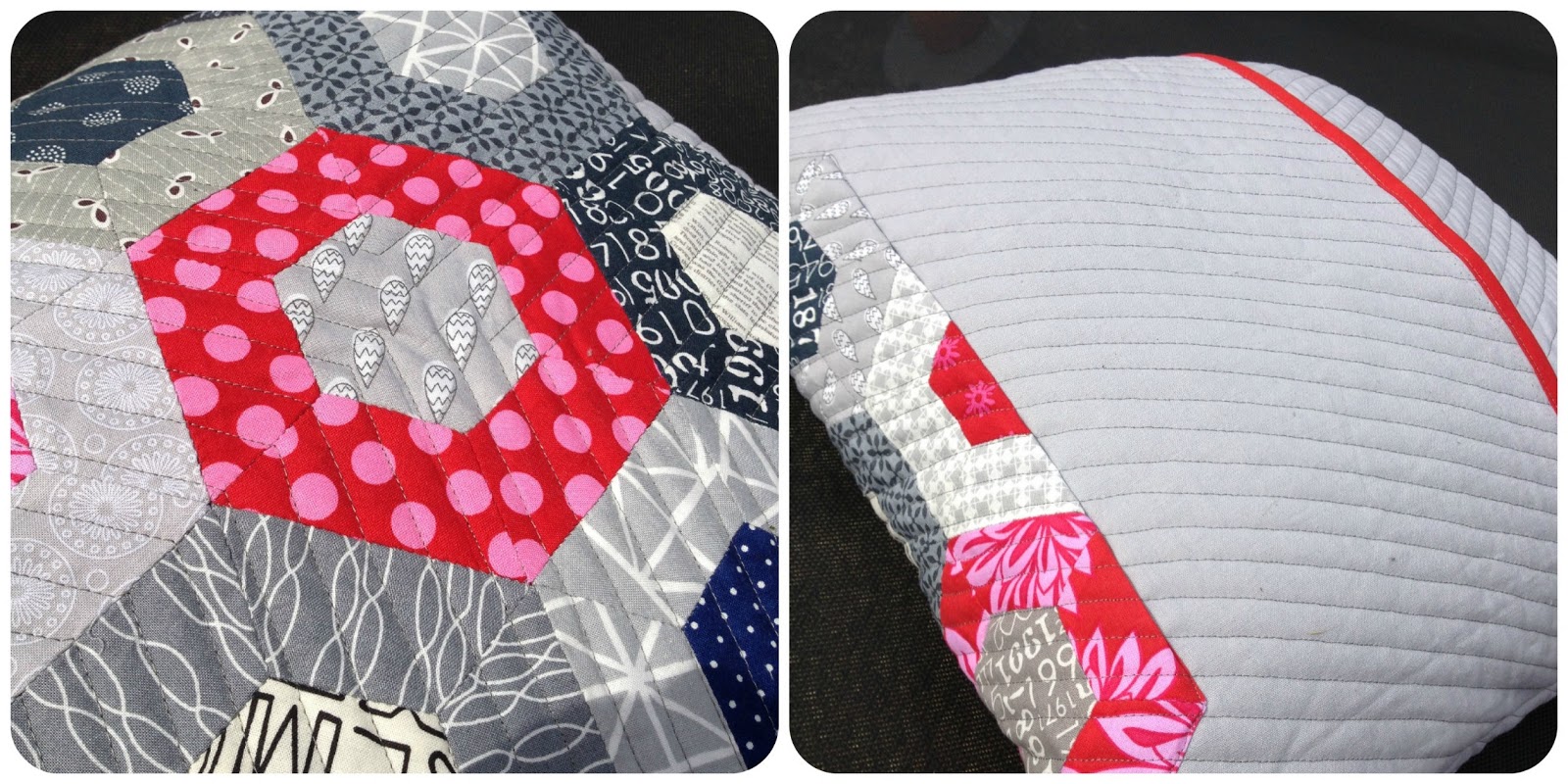 On a positive note - I love the effect of the quilting, the different angles, the darker grey Aurifil thread on the lighter grey linen. I love the colours. I like that most of my vision worked out. And I am particularly happy that it has now been through the wash, the scorch mark is gone and the cushion cover didn't disintegrate. So it's not all bad after all!

I have an idea what I want to do with it. I just have to be happy that it is good enough for purpose.

Susan
Posted by Canadian Abroad at 18:25