I Made A Cake

No big surprise in the title. I do tend to make cakes here. I also tend to eat cakes. Usually I eat more cake than anyone else in this house because I am physically in the house more than anyone else and I am very prone to giving in to temptation.

The cake I made on the weekend - the birthday cake - was with a recipe that uses six egg whites but none of the yolks. So I did a search online for cake recipes that used just yolks and I came up with this one - Egg Yolk Sponge Cake Recipe. 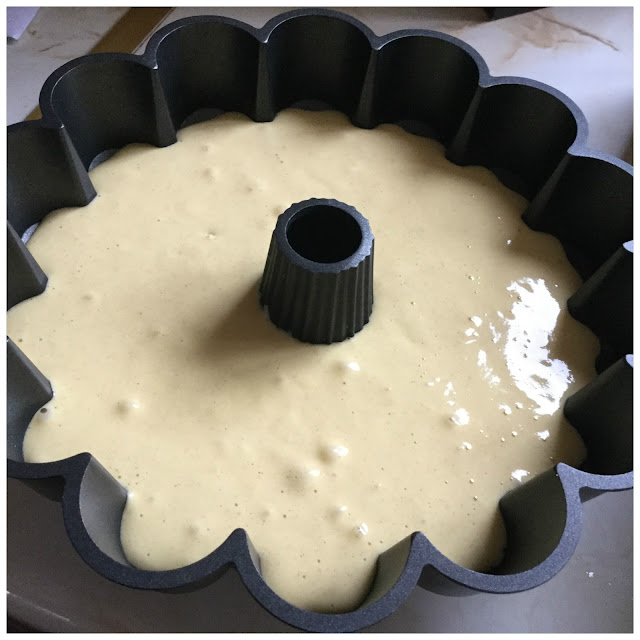 It was a bit of a weird recipe for me to contemplate. But it would use up all the egg yolks, (in interest of honesty here I did not measure my egg yolks but just decided that six yolks looked 'close enough' to 3/4 cup. No idea how accurate that decision was) plus another whole egg of which I now have a constant glut.

I also used lemon juice instead of the orange juice called for because (a) I thought why use orange when you are already using lemon zest and lemon extract, (b) I had a lemon but not an orange, and (c) I thought the lemon would have more impact than the orange for adding flavour. I also put more of a very healthy (overflowing) 1 tsp of lemon extract rather than the 1/2 tsp called for, and I zested the whole lemon and chucked what I got in without measuring.

The recipe got weird because the final step calls for 6oz of boiling water to be added to the batter. I have never encountered this step before but as the reviews were generally all good and I didn't think I had a lot to lose other than a few basic ingredients I went for it. 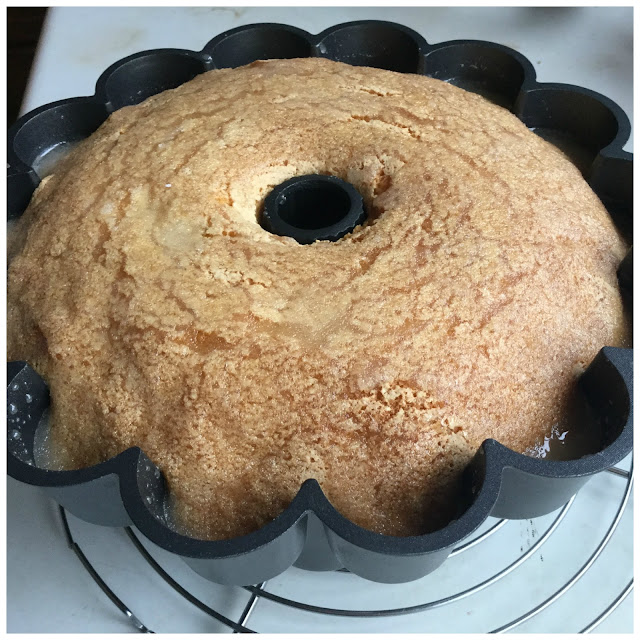 Whatever the science is behind that boiling water, it worked. The cake came out looking like, well, looking like a cake.

I then segued from the recipe again and made a drizzle for it with the remaining juice from the lemon and some granulated sugar. I chucked this on top while the cake was fresh out the oven confident in my belief that I would never, ever get the cake out the bundt tin intact. So I didn't try. 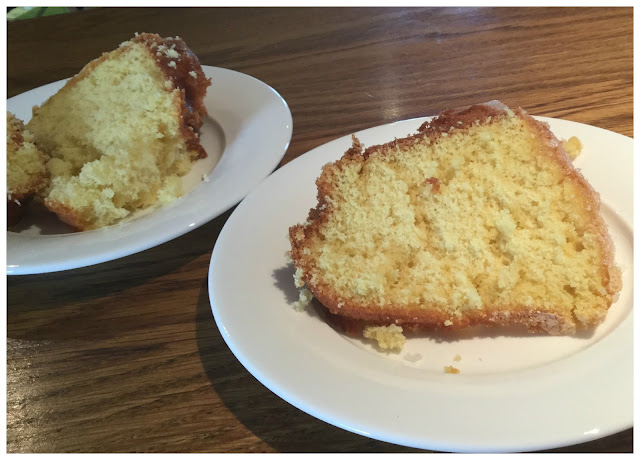 The cake went with me to a friend's house for lunch. We unanimously (all two of us) declared it a total success. Really, it is a lovely cake. Dense but still a light crumb. Good lemon flavour, but I take full credit for that. I left some of the cake with my friend to share with her family.

The rest of it was in the car when I picked the girls up from school. They had two friends with them. And then himself was home early from work. 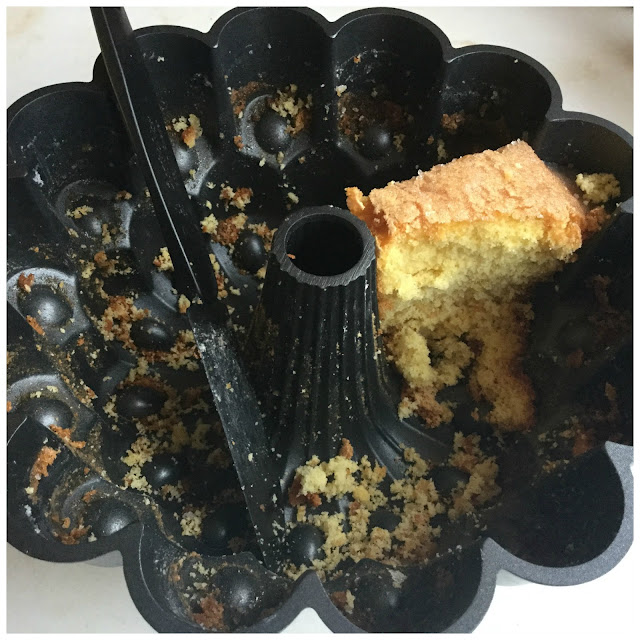 Susan
Posted by Canadian Abroad at 14:58