Some Of The Things I Bought...

For the most part we didn't shop, because we weren't anywhere near shops for the majority of the days away. But far be it for me to avoid shopping totally. I think the beautiful weather influenced what was purchased though. 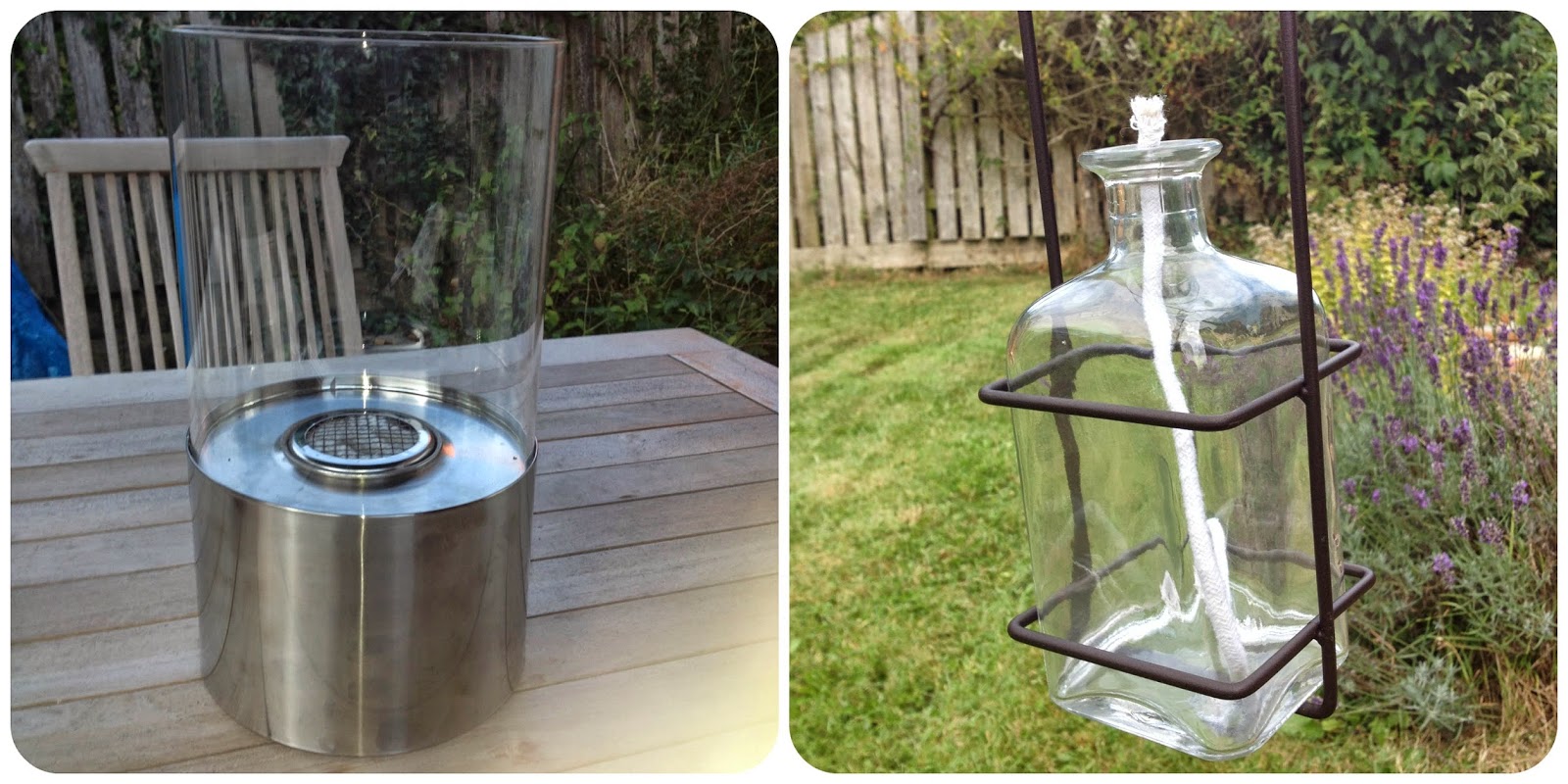 Some outdoor lighting. For the table top, a lamp that has a fuel insert, or a candle holder. We had the flame burning last night but (despite my best attempts) the evening light precluded the flame actually showing up in the photo. The glass bottle lamp on the right burns lamp oil and has a hook to attach it to a wall. (It's suspended from my finger here.) It is also bigger than it looks in the photo and I fell in love with it, and it's half price sale price. 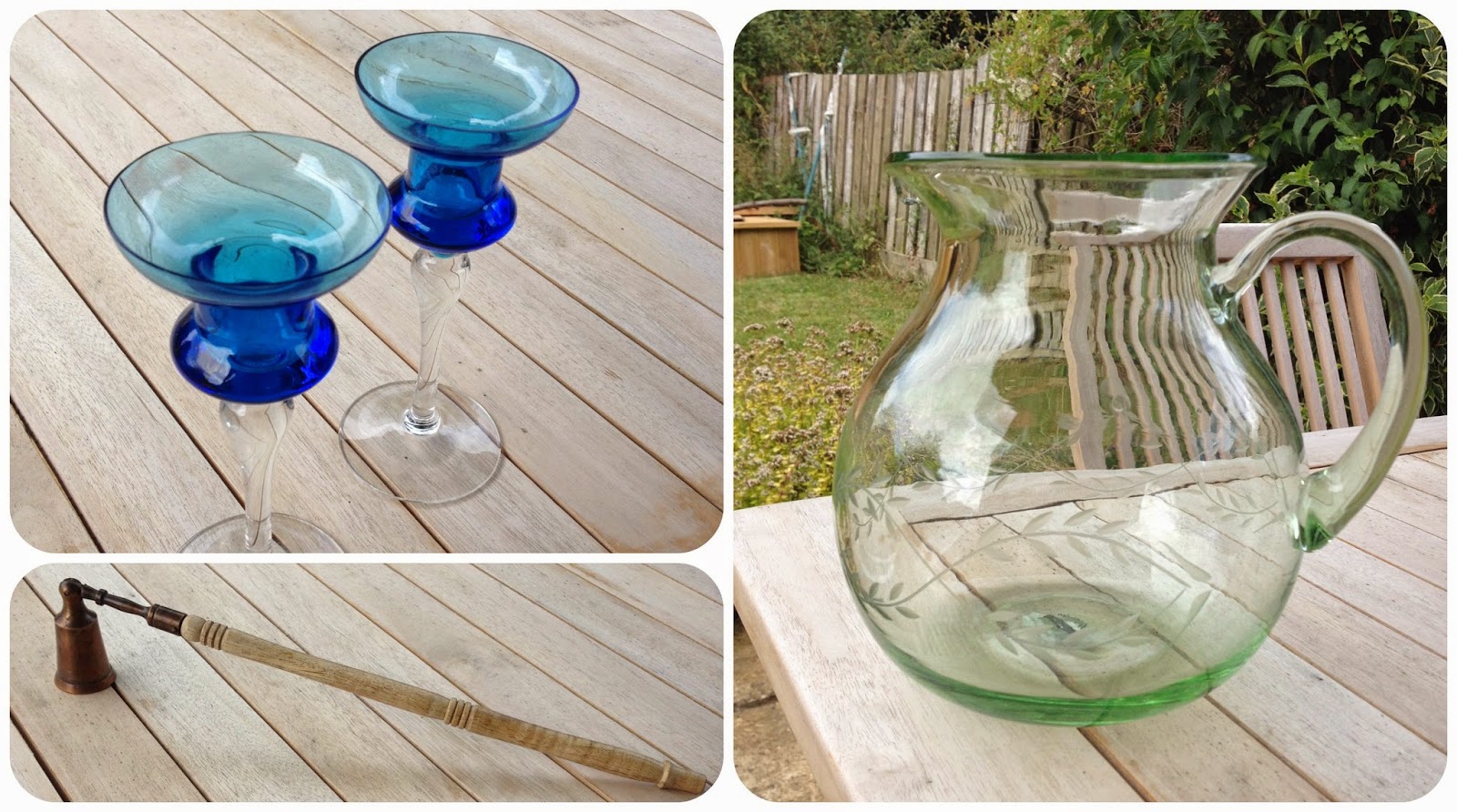 There was a big barn a five minute walk from one of the cousin's houses where they sold antiques and second hand things. I found the blue glass candlesticks there for less than £9 for the pair. In town I found the green glass jug, and love the etched vines on it. The candlestick snuffer was bought at the girls insistence. They said we needed it. Who was I to argue?! 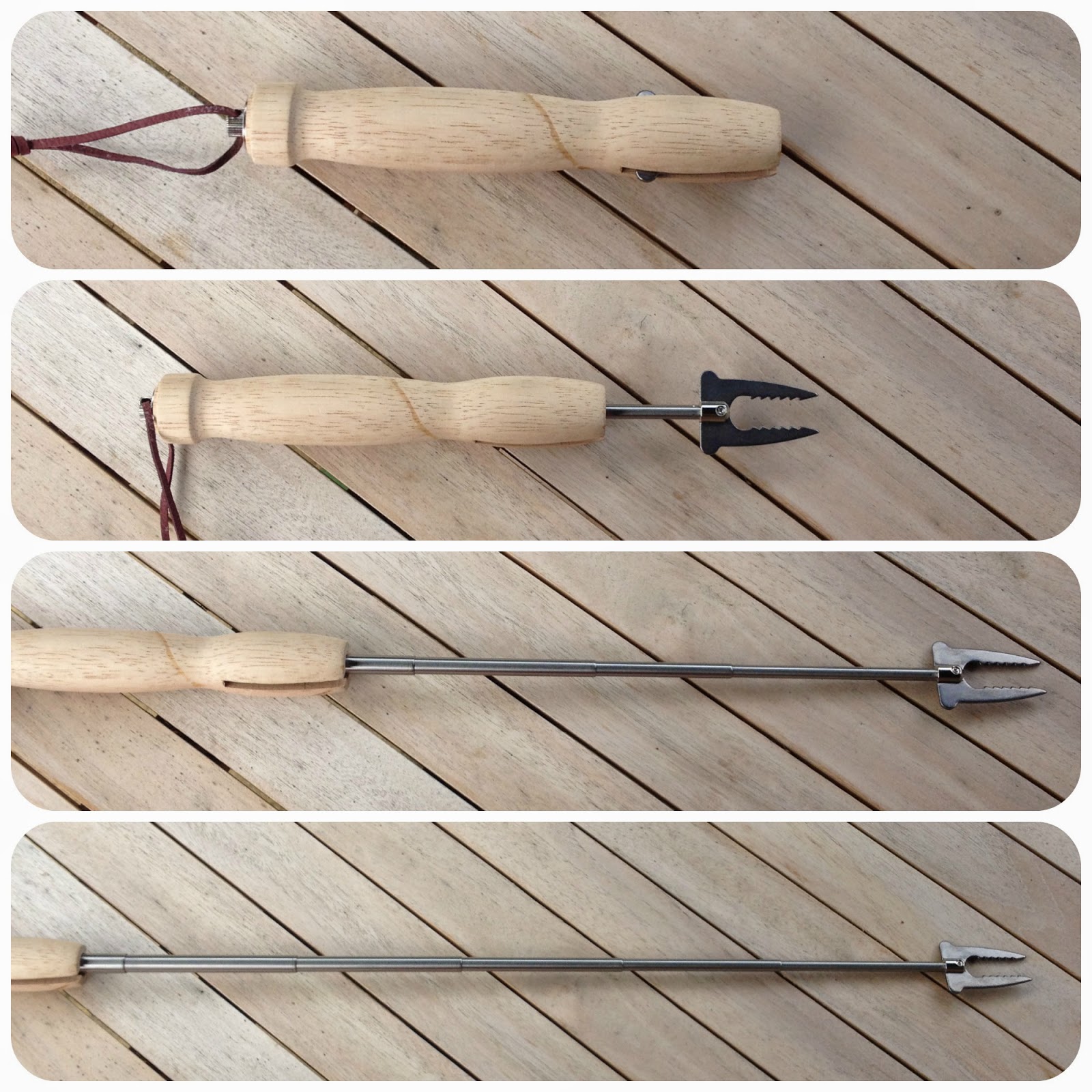 Himself found the bbq forks. He bought one for each of us. They each have a pouch to store them in when they are collapsed. Bring on the bbq tonight and the marshmallows for roasting afterwards. 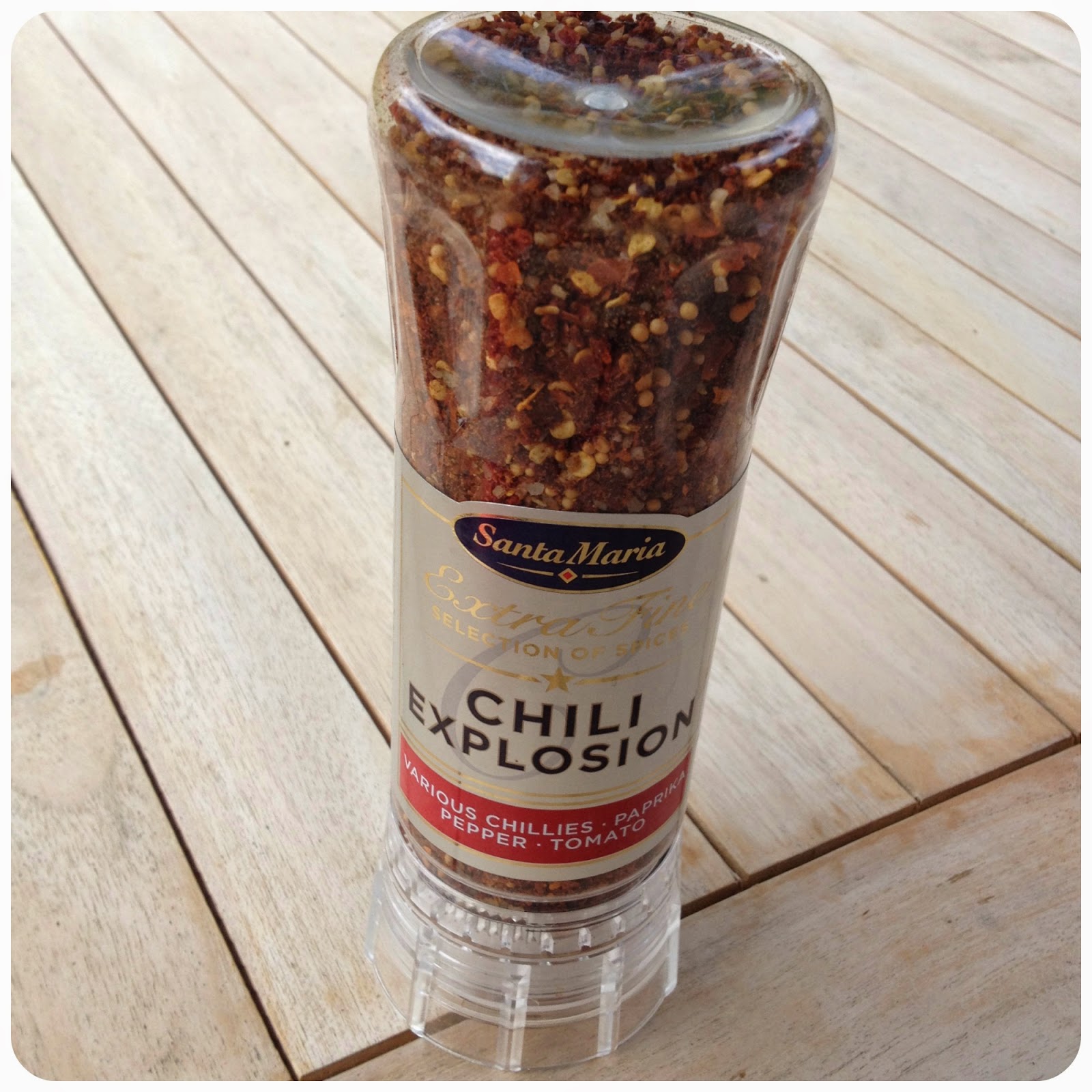 I also bought a selection of spice blends that you can't find in the UK. The girls and I are totally addicted to this one. Despite the name it is not a hot spicy mess of a tongue killer. It is a blend of different chillies, including smoky chipotle, mixed with rock salt, sun dried tomatoes, black pepper, mustard seeds, paprika, etc. There is a built in grinding mechanism so you get a nice fresh taste each and every time. And it is just so, so good. I may not have bought enough.

Susan
Posted by Canadian Abroad at 14:08