That's how far we drove in the past two weeks. Not one with me behind the wheel of the car though, as I am too chicken***t to drive a left hand drive car on the right hand side of the road. Thank goodness himself is much more adept than me!

We had a brilliant time. Not sure how to encapsulate the holiday in words so this will be more of a photo recap. Hope I won't bore you too much. 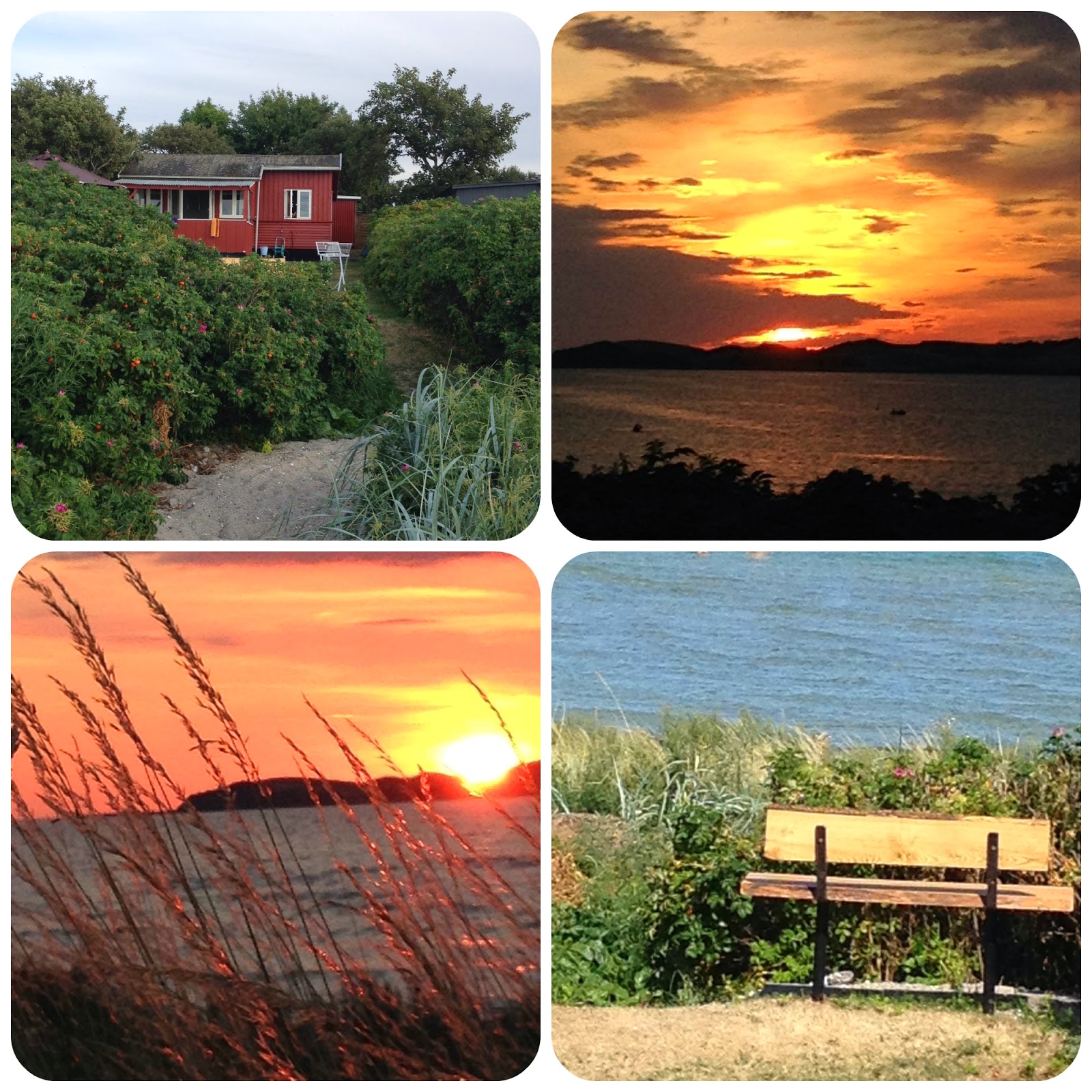 It was right on the beach, with the water shallow for ages, which therefore made for lovely warm water for swimming. The sunsets were spectacular and our two nights there set the pace for the rest of the holiday. Totally relaxing. The weather also set a pattern - hot and sunny, over 30C almost every day for the rest of the trip. 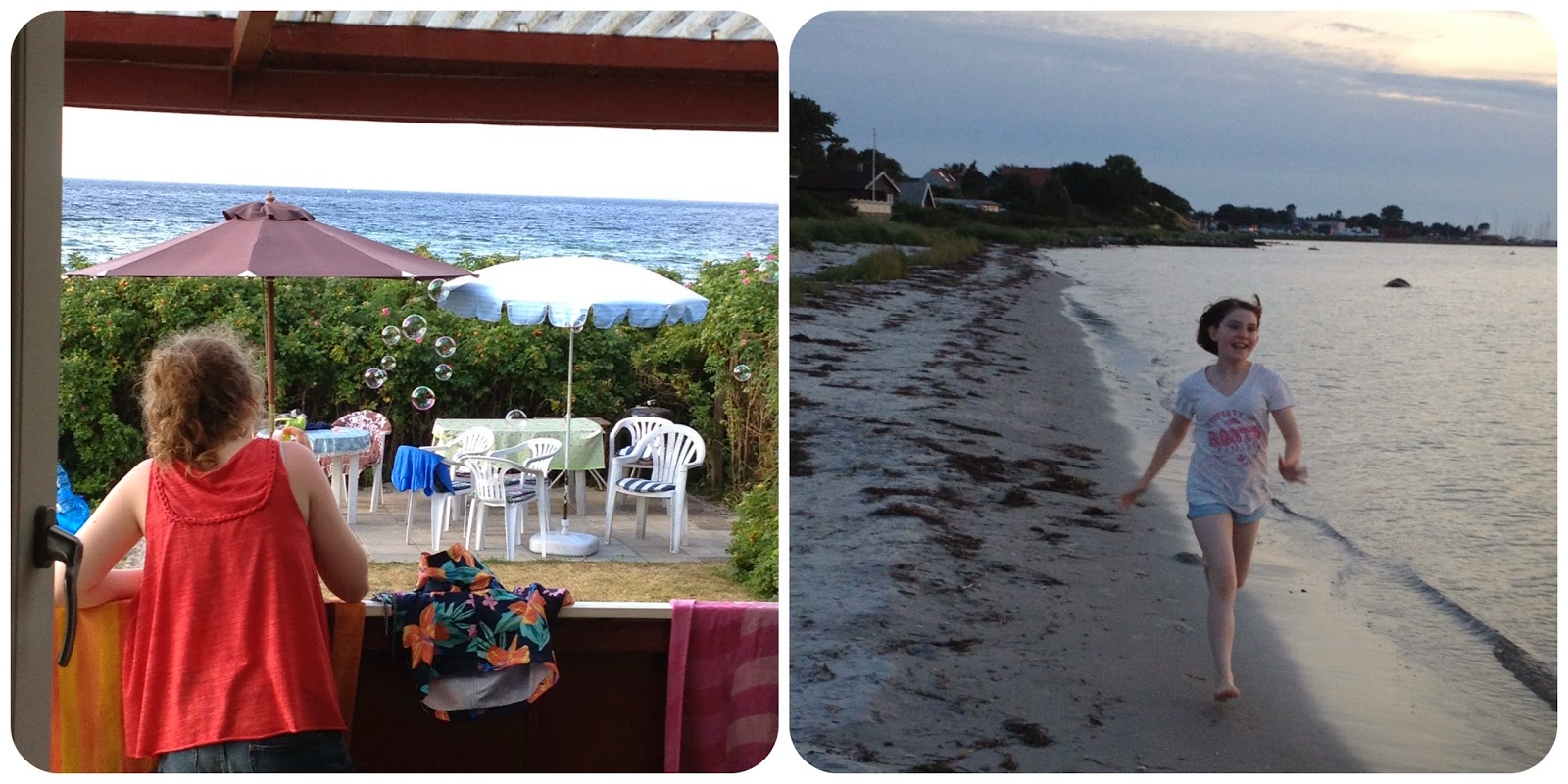 The girls loved it there, especially the fact that back door to being in the sea took about thirty seconds. They were on the beach first thing and last thing each day. But two nights later we moved on. 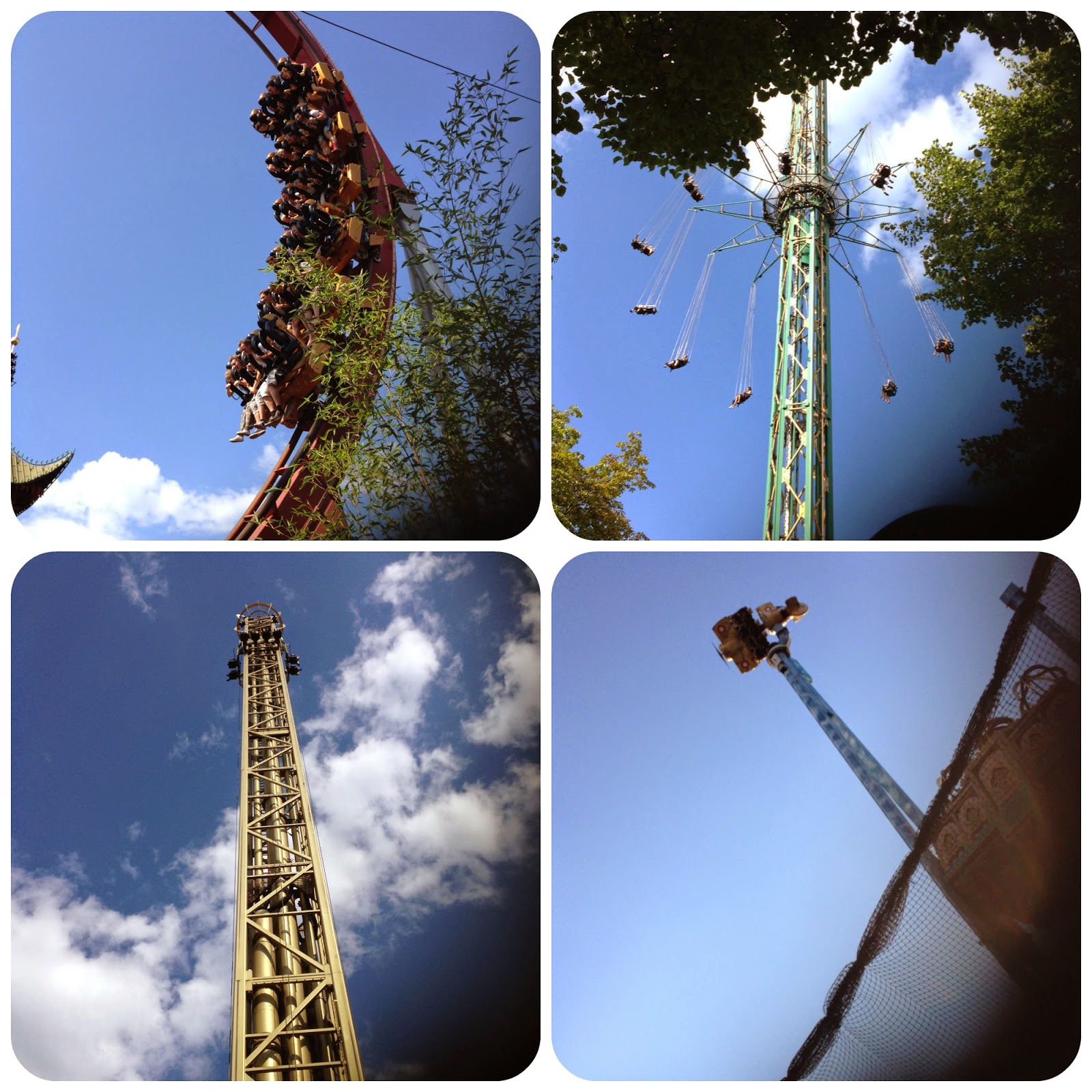 We drove to Copenhagen and took the girls to Tivoli. I managed the roller coaster and the high swings with them but opted out of the high drop one and only Helen went for the one that spun you around on the end of the long arm. Uh-uh, no way!

The next morning we were off to Sweden and the first summer house. We stayed with family there, out in the middle of no where.

It's an old farm house that has been in that side of the family for several generations. The drive is about a mile long, and there is a guest cottage where the girls slept. 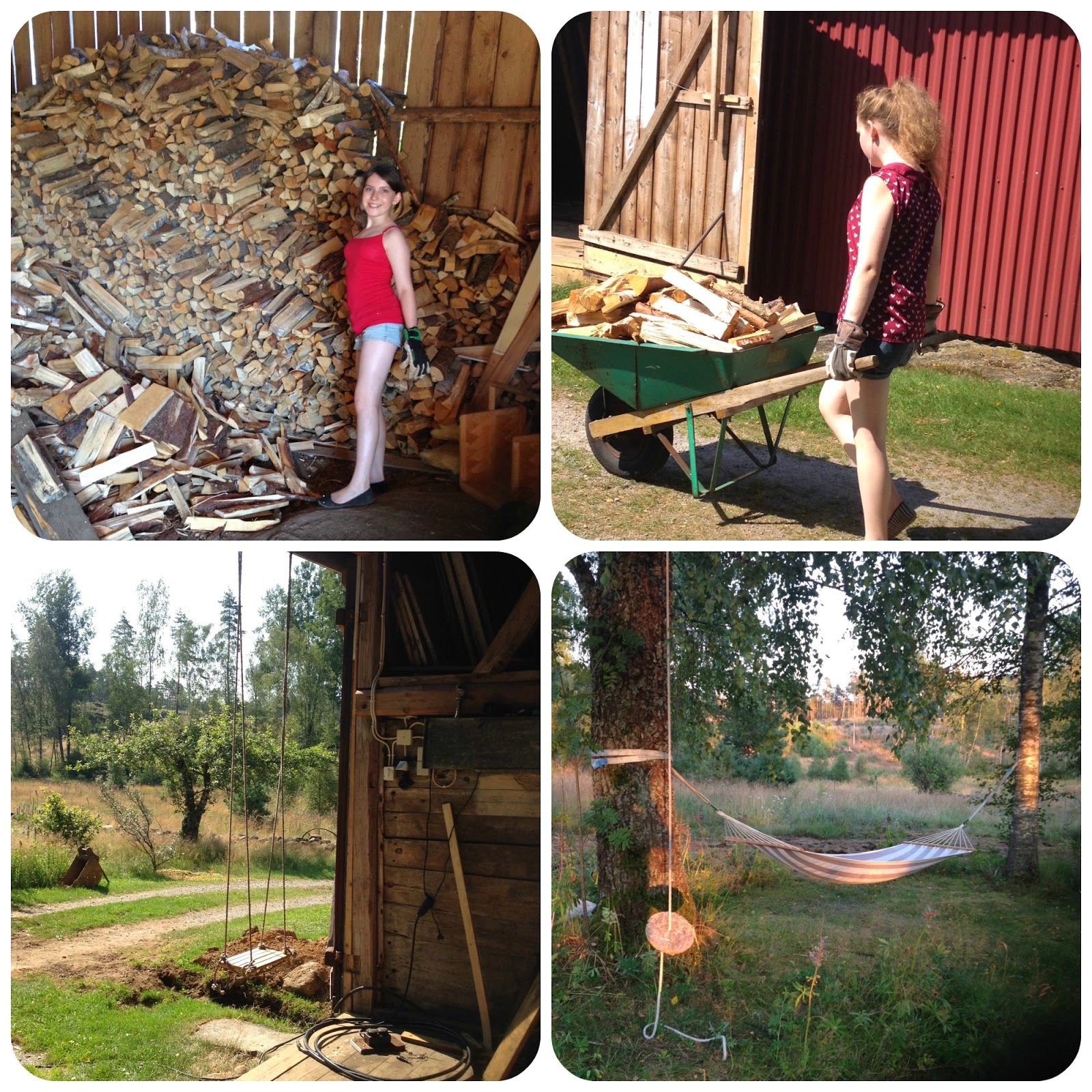 Who needs wifi when there is a wood pile to stack, swings to have a lazy swing on and a hammock to loll about on? The girls adored it there.

A few minutes drive and there was a crystal clear lake for swimming. On the edge of the garden were wild raspberries for picking. And the cousin's daughter had her children there for entertainment too. Elin (seen above) was the most entertaining little three year old going, who chattered away completely oblivious to our ability to understand her.

We left there for the other summer house - sort of like camping with wooden walls. No electricity or indoor loo there. But look at the location! And above you have proof that I did get some crochet done.

Besides swimming there was boat driving to do, and... um... boat callisthenics? 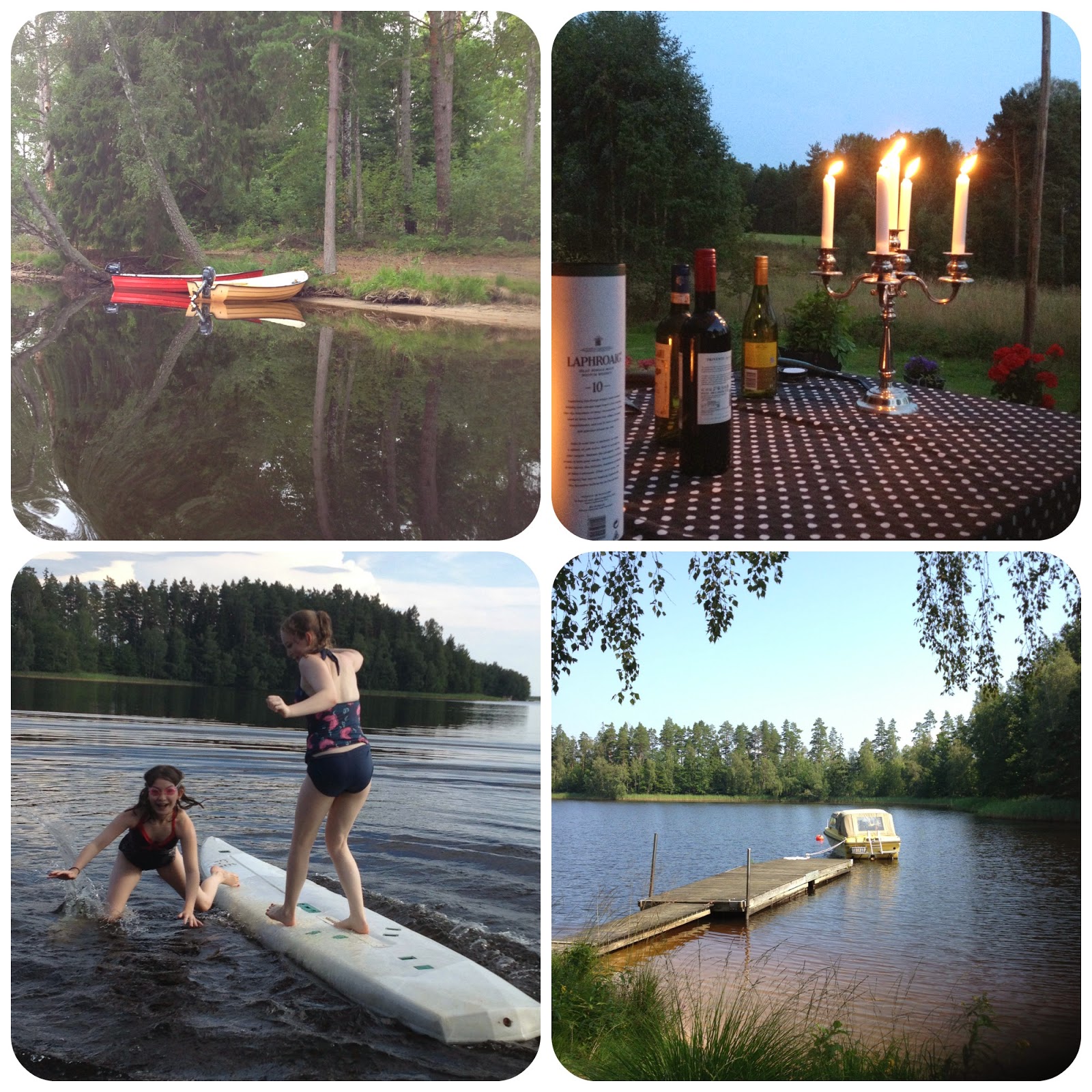 Our last four nights in Sweden were with another cousin, still playing on and in the water. Dining outdoors and basking in the continuous good weather. We walked, we swam, we ate, we slept, and then we repeated the whole process again and again. We went down to the lake twice most days.

There is no way I can truly convey how good this holiday was for all of us. We left Sweden with heavy hearts as I think we could happily have stayed for a few more weeks. With a night in southern Denmark and then another night in the town near Bremen, Germany we were back on the ferry and home late last night.

I want to go back.

Susan
Posted by Canadian Abroad at 20:53