Baking Is A Precise Science...

Today was a cookie sort of day. You know, grey, a bit of rain, cool after the lovely heat of the summer. There was no reason to avoid being stood by a hot oven, and every reason to actually enjoy it. Then there was the rewards from the actual toil. cookies still warm from the oven are one of life's great pleasures.

Today I wanted to make a tried and trusted, my mum made them for me, recipe. Lots of people have a ginger cookie recipe and are partial to their own version. Just like the stuffing for the turkey at Christmas, the recipe you grew up with is the best one because of all the memories associated with it. Anyway, that's the sort of cookie I needed today.

Out came the recipe card, written out for me by my mum when I left home at eighteen. Because I asked her to. (That comment is for my brother who wonders why she did it for me and not him!) Now, here comes the bit about baking being a precise science. 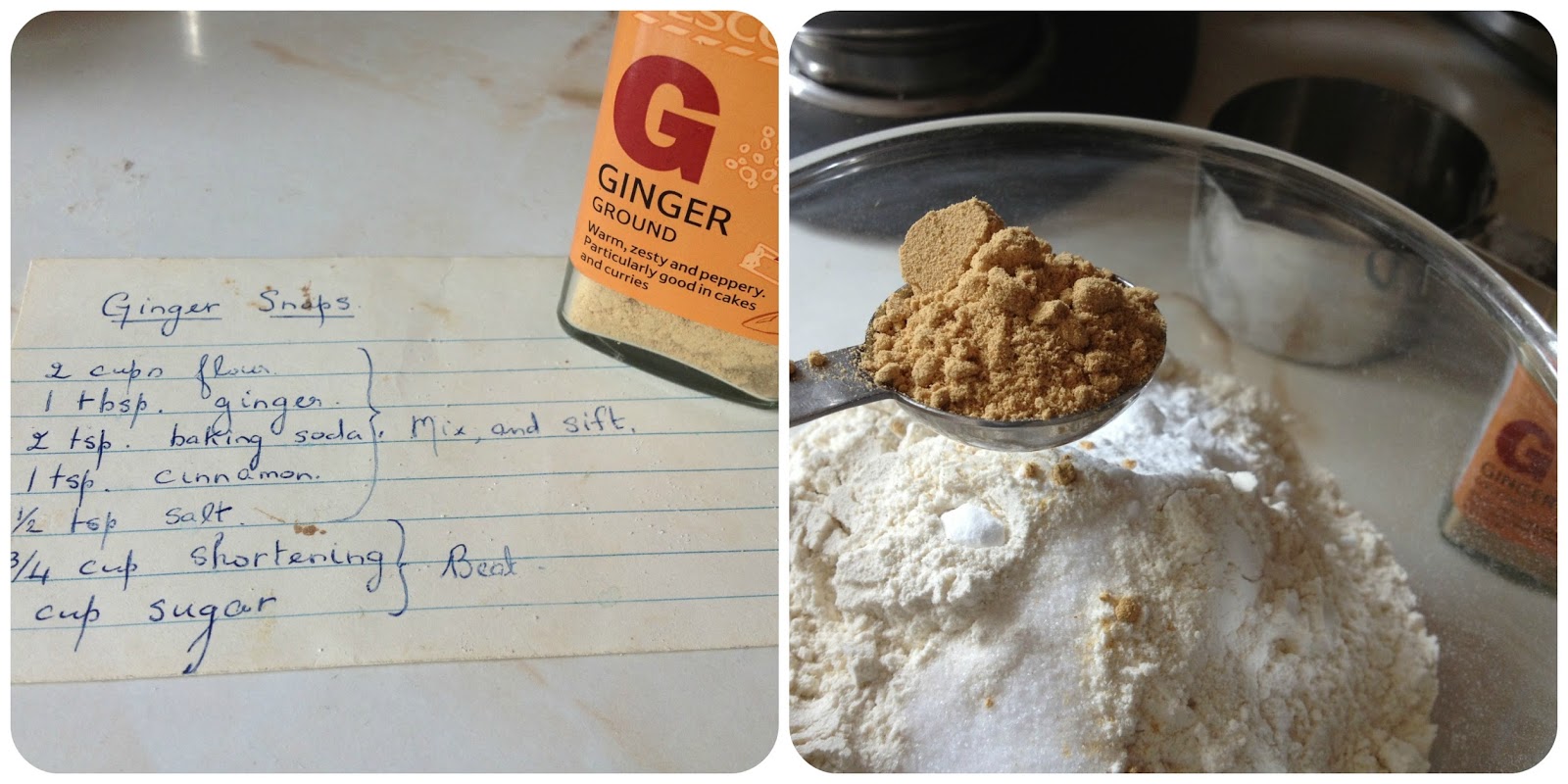 Where the recipe calls for shortening I use butter. I just do that, all the time. I think it goes back to when I first baked in England and shortening was not an ingredient you saw here, and I didn't know what the equivilent was. So I just always used butter. Next is the precise measuring of the spices. A tablespoon of ground ginger becomes rather a heaped one in my hands, because I like spice. Cinnamon gets heaped in its teaspoon too. And somehow a good dash of nutmeg finds its way in.

The recipe calls for molasses, something else not often found on English shelves. But treacle is. Treacle is a product of  molasses according to the tin. Not sure if that makes them the same thing or not, but it is what I use - except on days like today when I realise I don't have enough in the store cupboard, so I make up the difference with Golden Syrup. 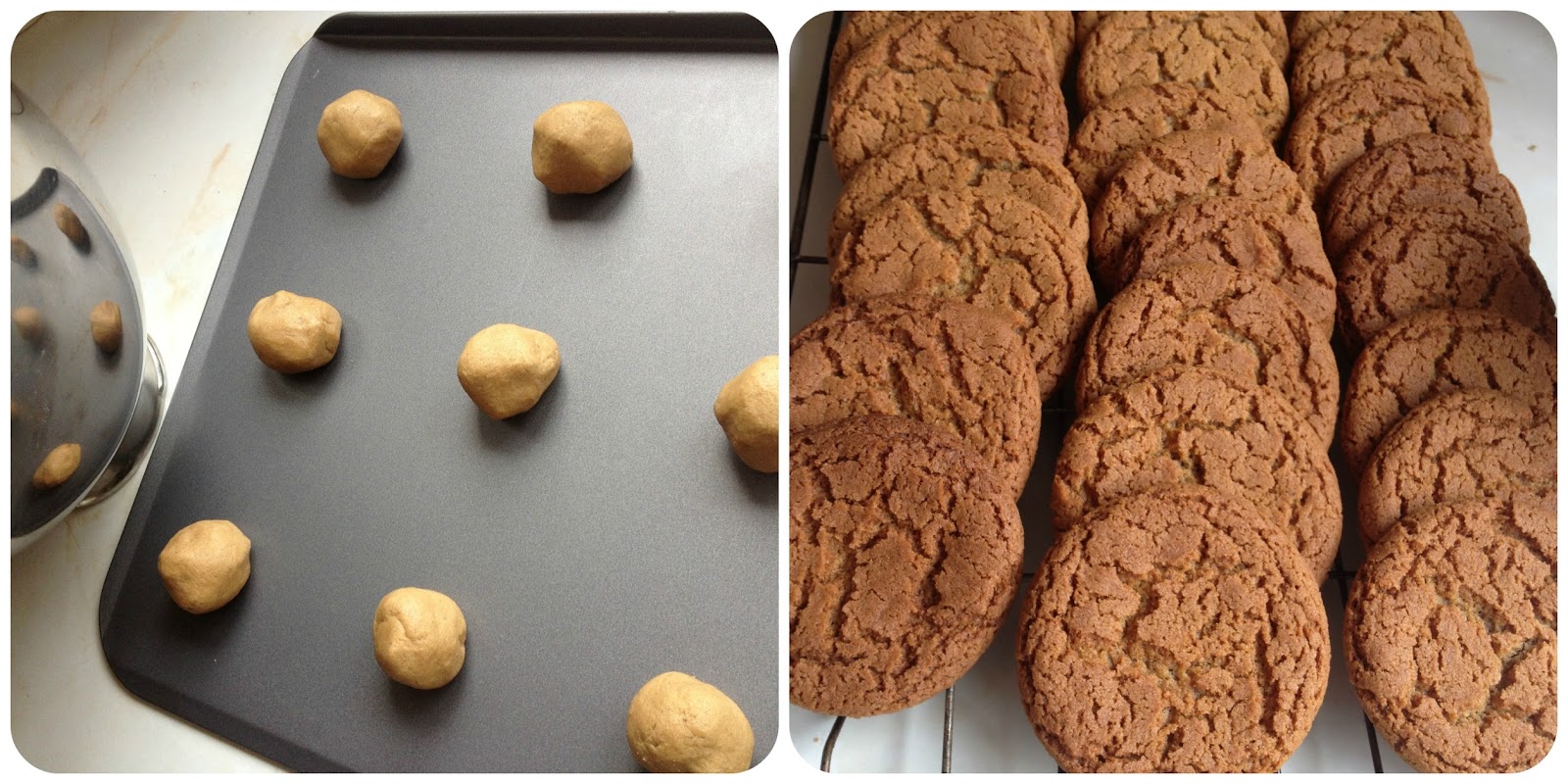 You roll the dough in balls - when I was growing up you then rolled the balls in sugar but I don't bother now because that is just a faff. Then you bake them, and despite all the tweaks to the recipe along the way they come out great. Crispy on the outside and chewy on the inside, and yummy all the way through.

Mix the dry ingredients together. In a large bowl cream the butter and sugar. Add in the egg and molasses and beat well. Gradually add the dry ingredients. Roll into balls of equal size and place well spaced apart on a baking sheet. Bake for approximately ten minutes or until a lovely dark golden brown. Enjoy.

Makes approximately three dozen cookies depending on how much cookie dough you eat and how big you roll your balls.

Susan
Posted by Canadian Abroad at 16:29