I have gathered up the projects I have on the go that need finishing, and today it was the turn of the fishies. 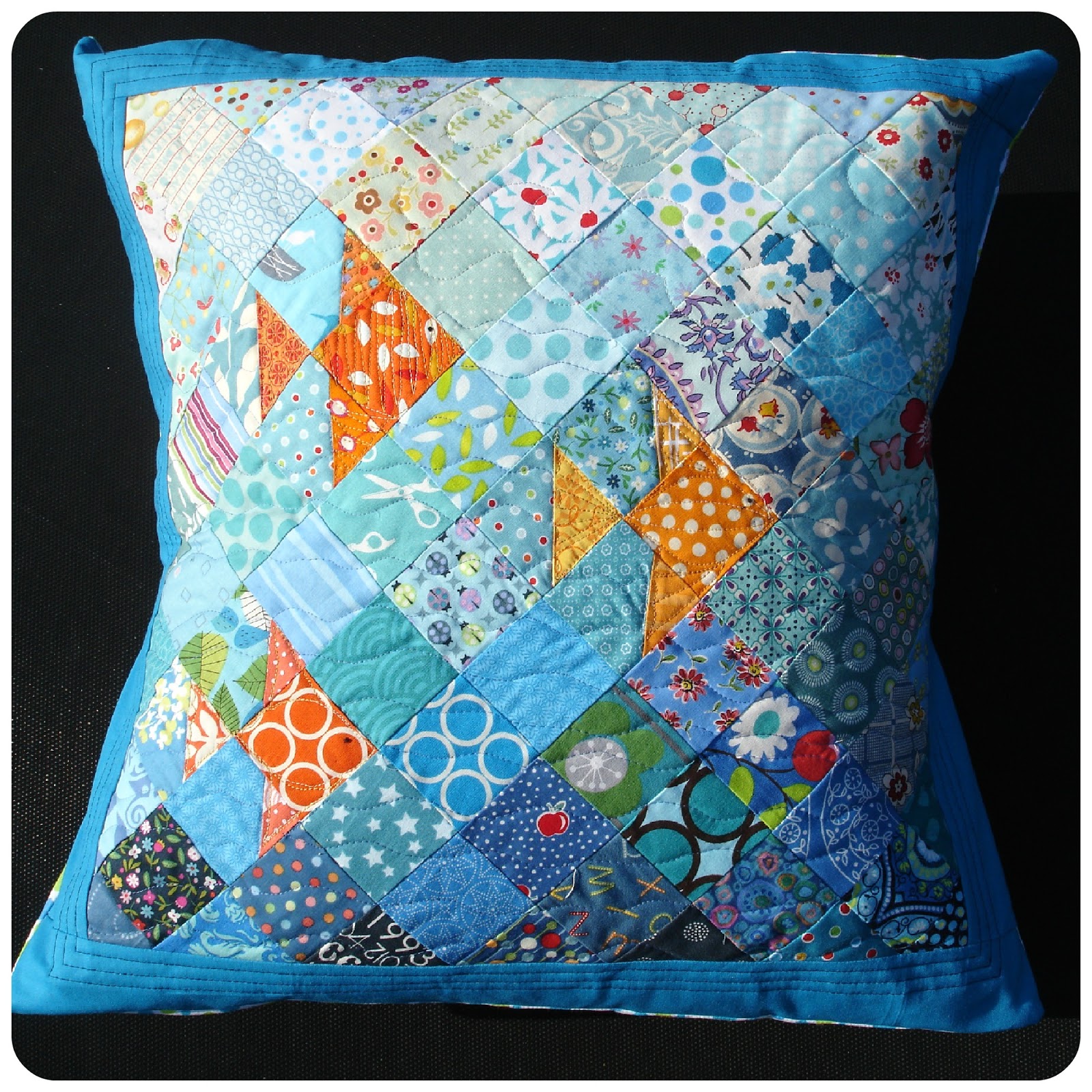 It makes rather a large cushion, once I had added on the solid blue border. I think it measures up about 22" square. I didn't have an insert big enough to put in so I shoved in a feather bed pillow. That wasn't enough so I squeezed in another. That might have been a bit too much, but it looks better extra puffy rather than sad and floppy.

I topped stitched the border with three rows of navy straight line stitching. And gave the fish little French knot eyes. Not sure if those were necessarily big enough, but I tried to position them on the fabric so that it made the eyes look larger using the fabric patterns.

I backed it in a dotty fabric that I thought suited it very well. And used some more of the blue solid to add a bit of contrast - and extra width as I was using every last bit of the dot that I had large enough. I just went for a simple envelope closure. 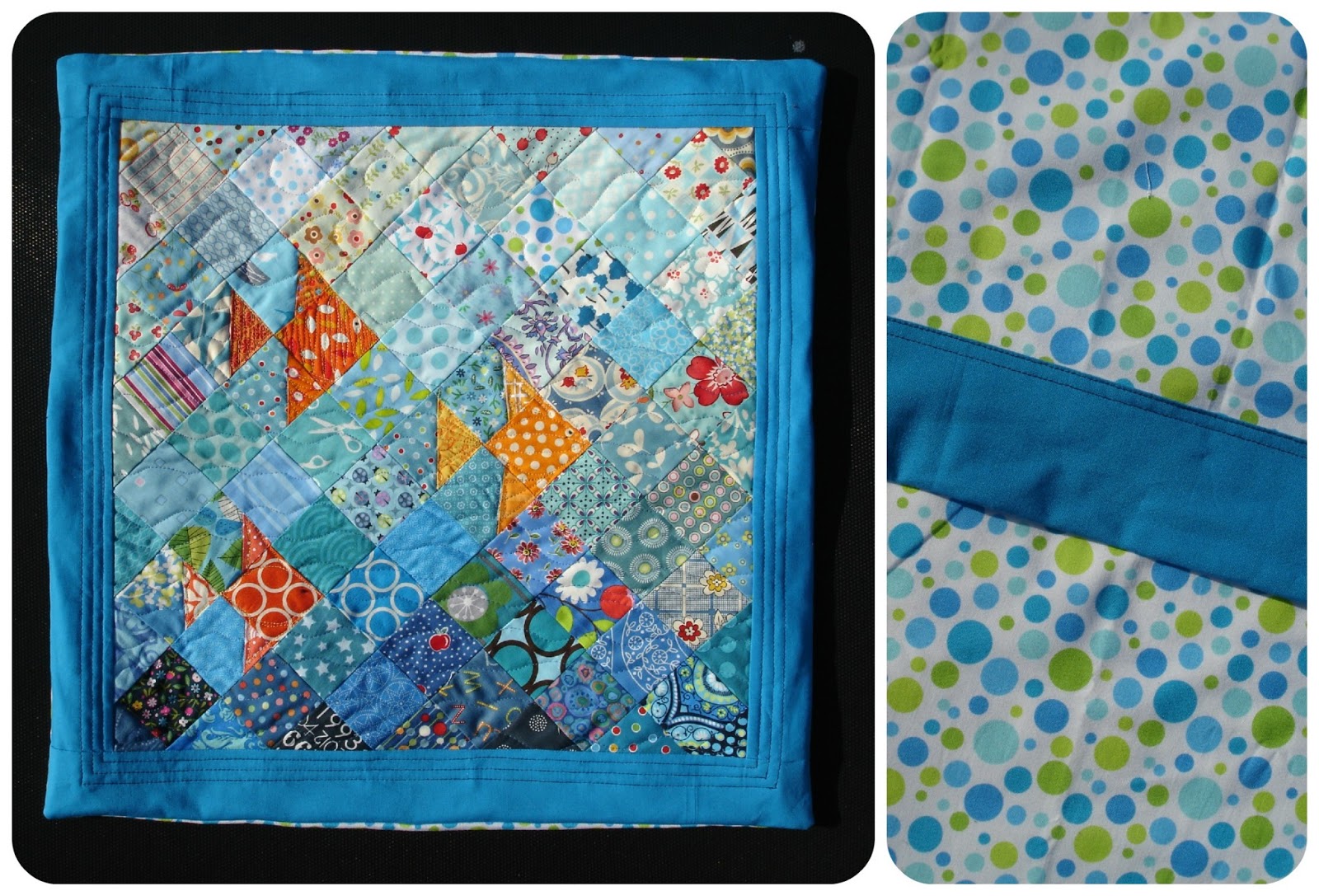 I'm really pleased with how this turned out and am already thinking how I could turn it into a pattern for a larger quilt. And what changes I would make if I did it again.

Susan
Posted by Canadian Abroad at 12:25