When my father was in Canada recently he was sorting out his flat there. When he returned to England he brought back a couple of items that he thought would be of interest to me. They are indeed.

First up is this item - 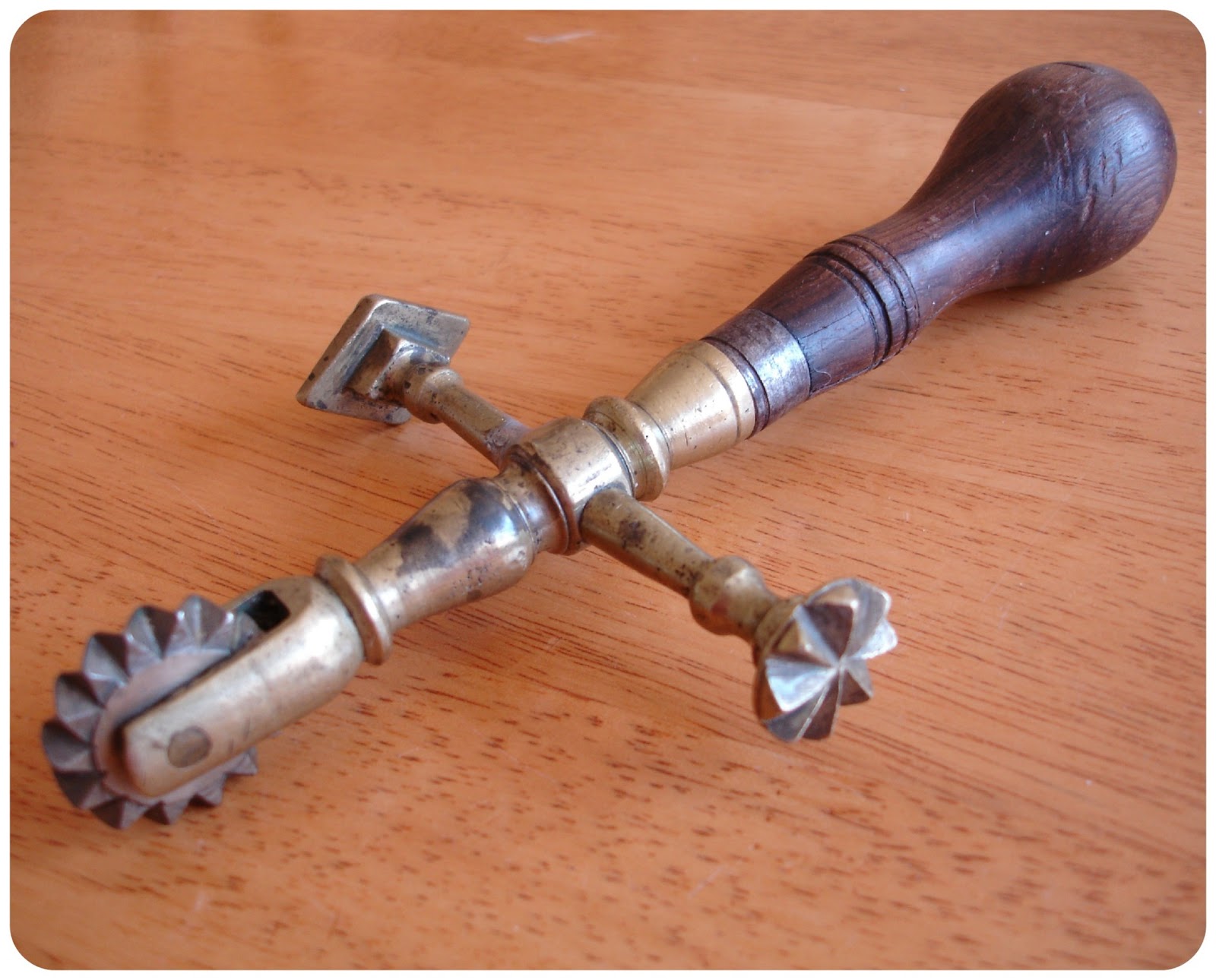 This was made by my great-grandfather  He was a whitesmith. This is like a blacksmith, but does not involve the working with horses bit. Whitesmiths makes things from metal. I believe my great-grandfather must have worked with copper a lot as I have some candlesticks made by him as well. The above item (if you know a name for it please do tell me) is used for crimping pastry and sealing the edges of a pie. Cool, huh?!

Before I laid eyes on it I was more interested in my grandmother's cook book. 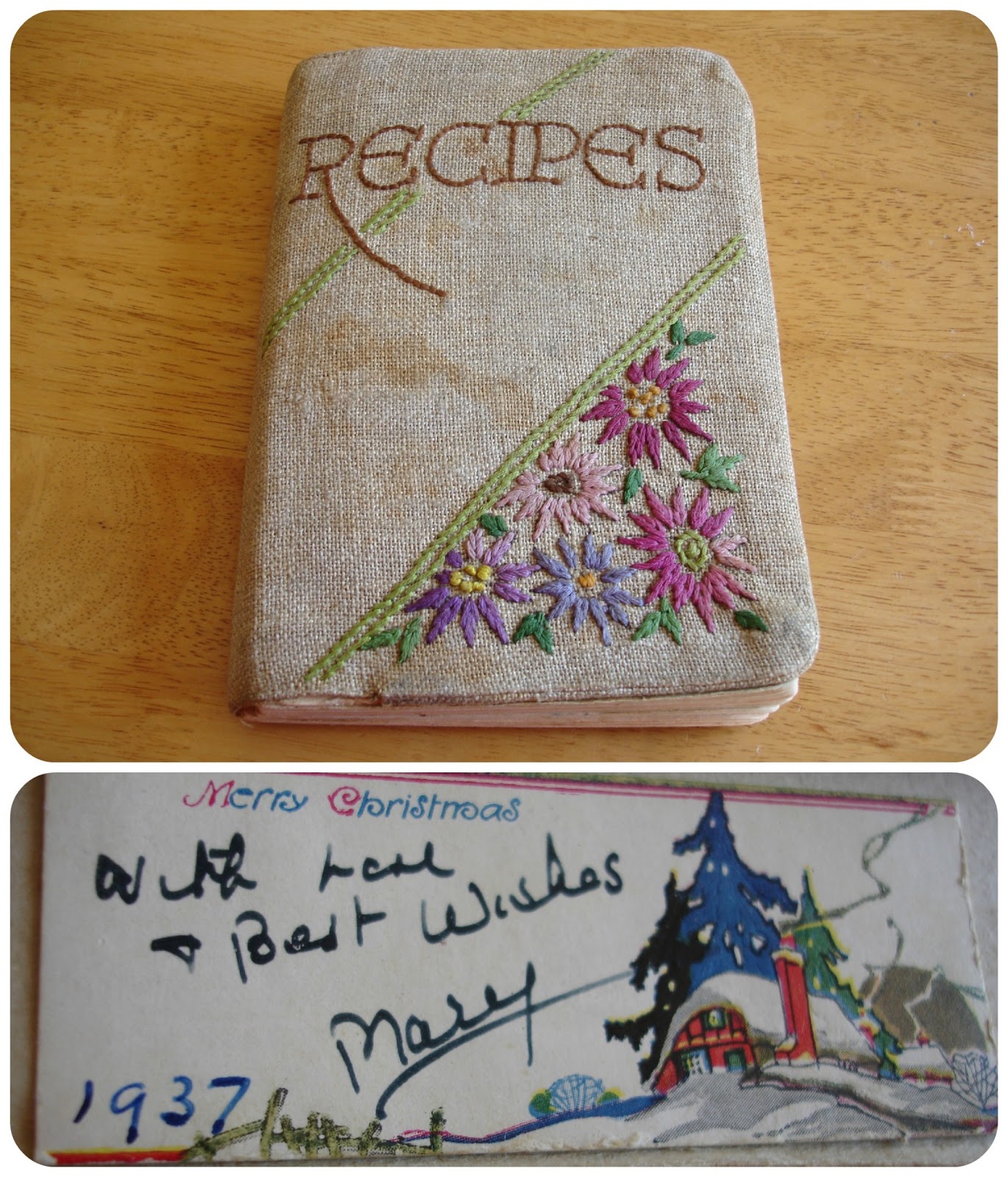 As you can see, she received it for Christmas in 1937. Unfortunately there are a lot of blank pages in it. And the recipes that are copied in are few and far between. The few recipes that are there are mostly cut from magazines and newspapers.

And as interesting as it sounds (?) I don't think I am about to produce a Raised Pork Pie Made with Tinned Sausage Meat. I think that bit where it says use 3 ozs of fat from the tin is enough to put me off the very thought. (I wonder just how much of the contents of the tin were fat and not meat?!) But it is very much a recipe of its time in post war rationing Britain.

The best bit of the cook book is the hand made cover. The stitching is gorgeous. 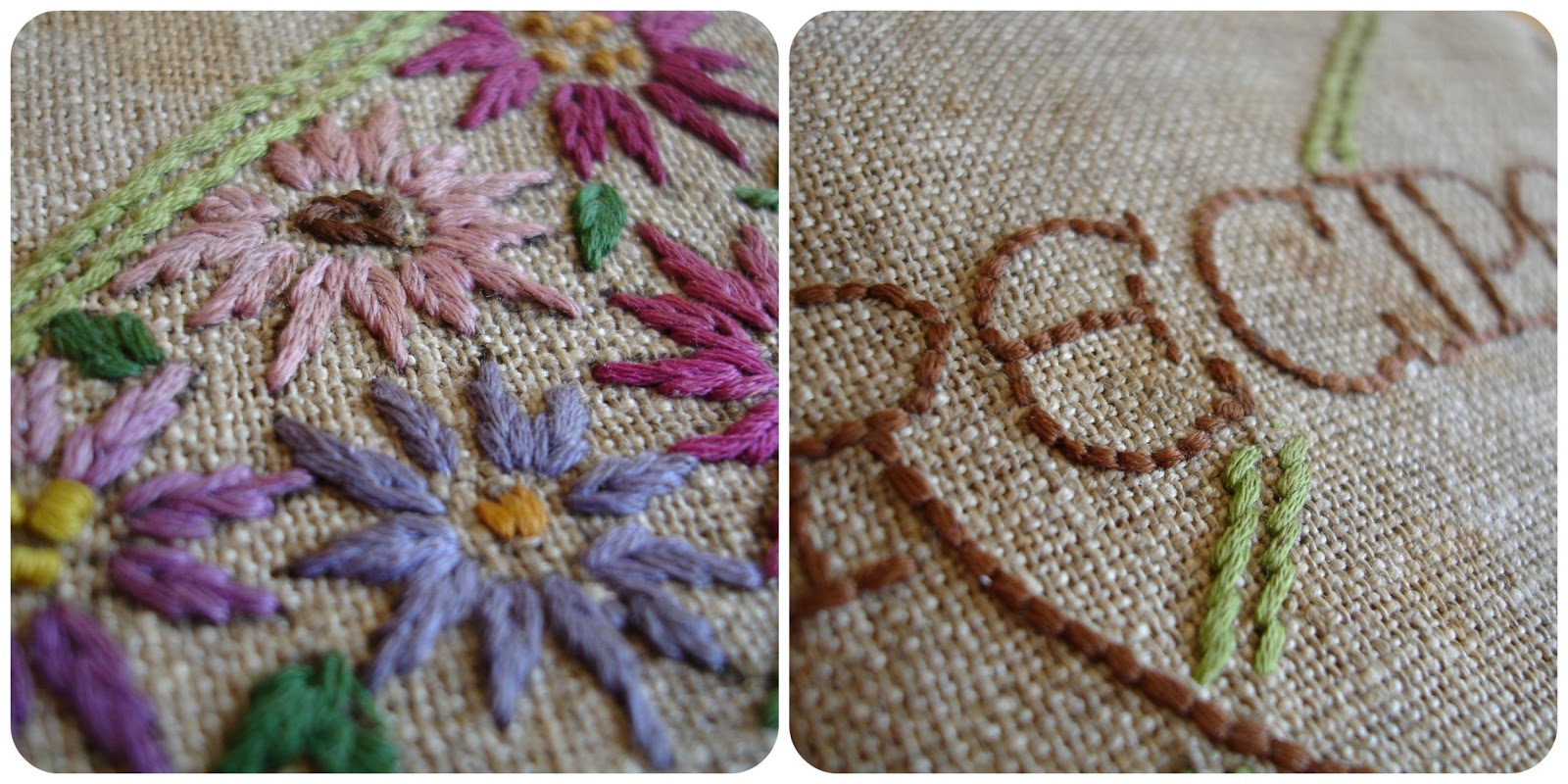 Useful, or not, these items are part of my family history and to be treasured just for that fact. Now, if I could have only had her button tin too, but I think disappeared into wherever button tins disappear to long ago.

Susan
Posted by Canadian Abroad at 16:28