The Holidays Have Officially Begun

Finally, both girls are finished with school for the summer. And I no longer have children of primary school age. Emily established a family tradition - albeit a short lived one since there is just the two of them - as she got the same cup that Helen got last year, the Art and Creative Design Cup. And she emerged at the end of her final day of primary school with her shirt suitably covered in grafity, as is tradition when you change schools here. It is the end of an era. 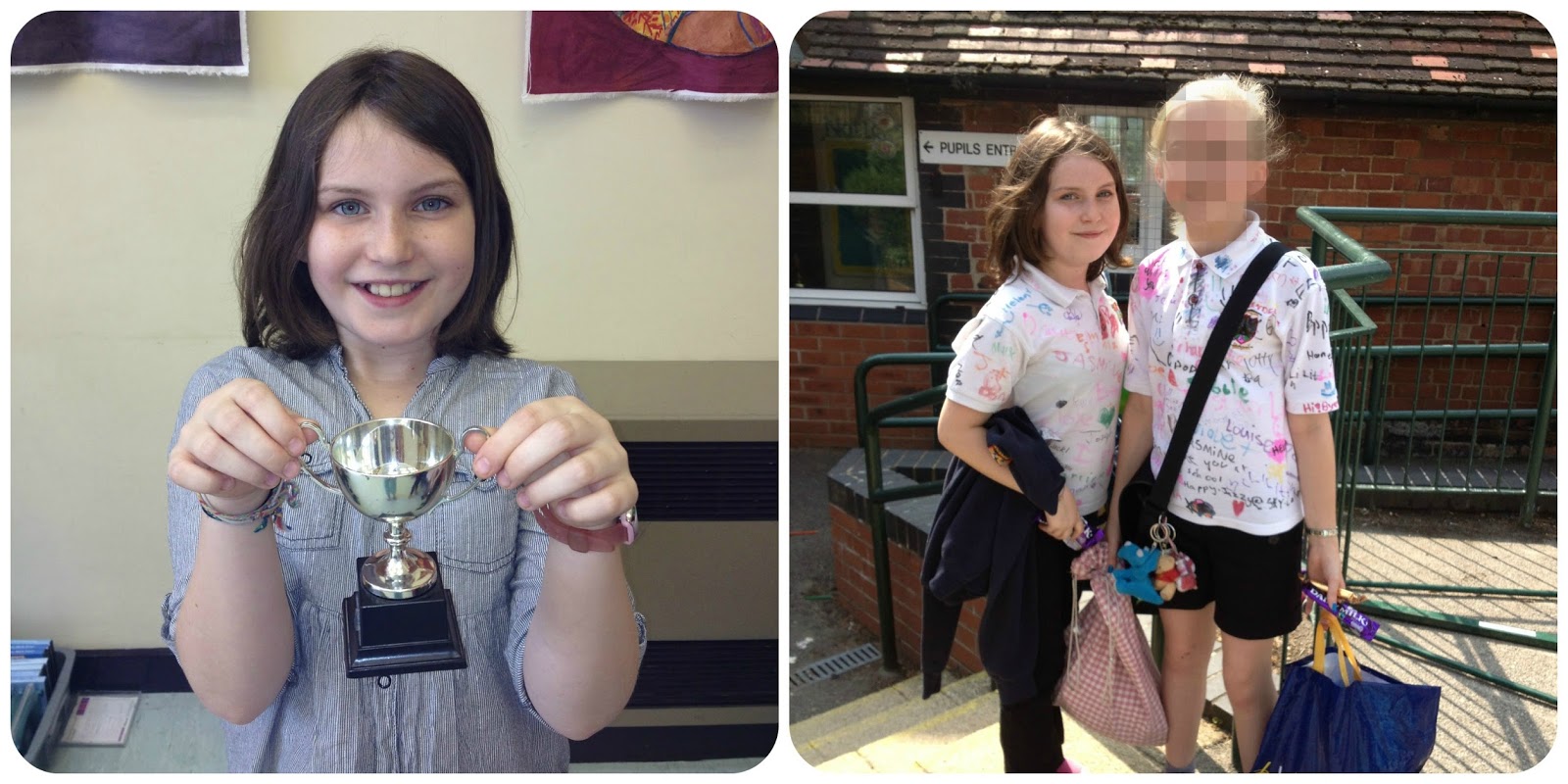 The very next day I needed to return to London, so off the three of us went so I could take care of some business that I tried and failed to get an appointment for while I was actually in London. No complaining though, as it allowed me and the girls to pop into the V&A for a little while where I pressed my nose up against the display glass to see the tiniest of tiny stitches in the some of the dresses. Business was then sorted and we went off to meet Marg, Emma and Shevvy. Shevvy took us to the loveliest hotel where they did an amazing afternoon tea. We got our own area on the outdoor deck and sat there for hours talking and eating. It was a fine way to spend a sunny afternoon in London. The food you see below is just the tip of the iceberg really, as one whole tiered plate stand is missing and the scones had not appeared yet either.

My girls were completely taken by the concept, bandied about the word 'posh' a lot and liked that there was a doorman to let them in and out of the hotel. 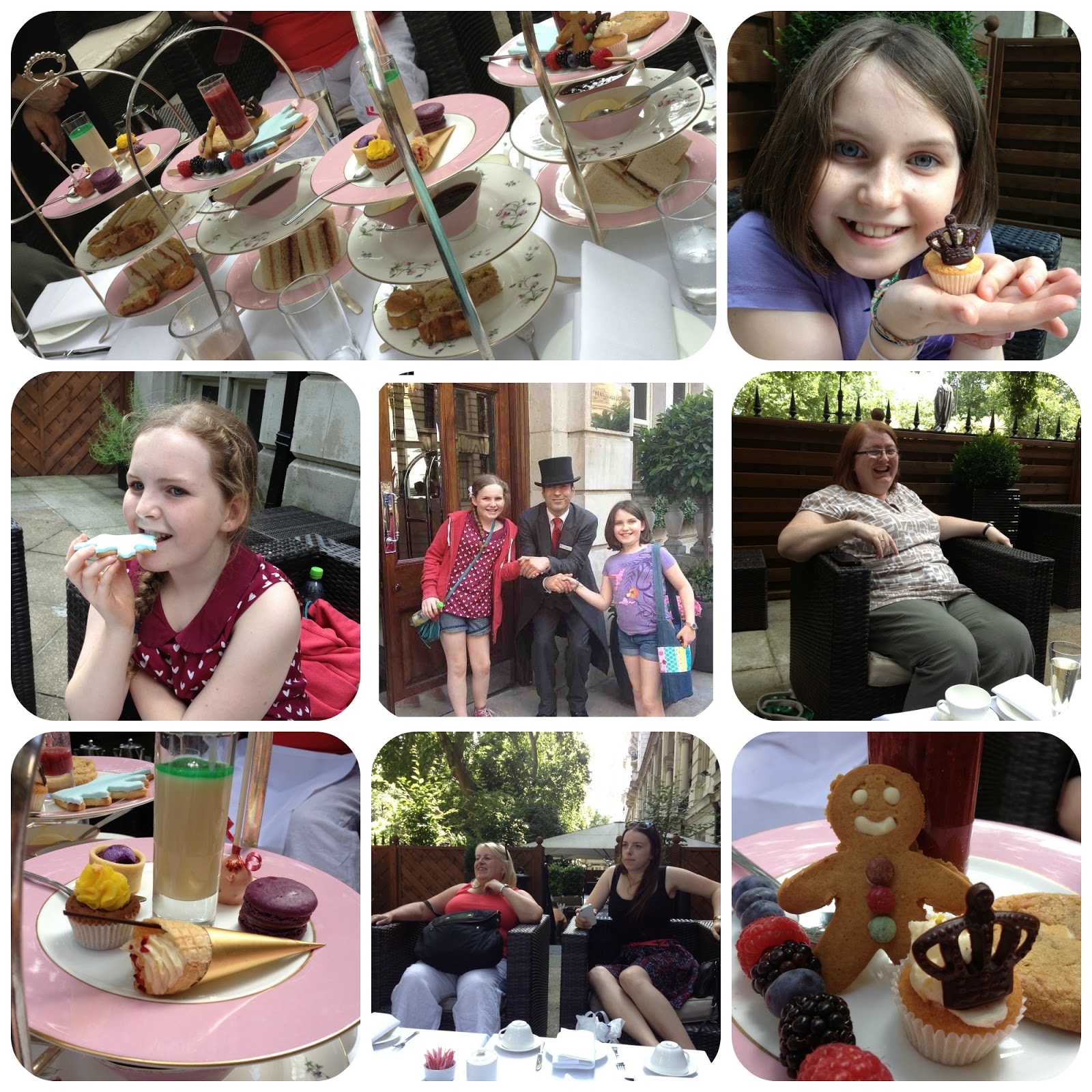 So there has been a lot going on round here, just not things of the sewing variety. But do not despair. A package popped through the post box for me yesterday. My Briar Rose yardage so that I can finish my HR Fan Club quilt. All I need now is some wadding. Almost there! 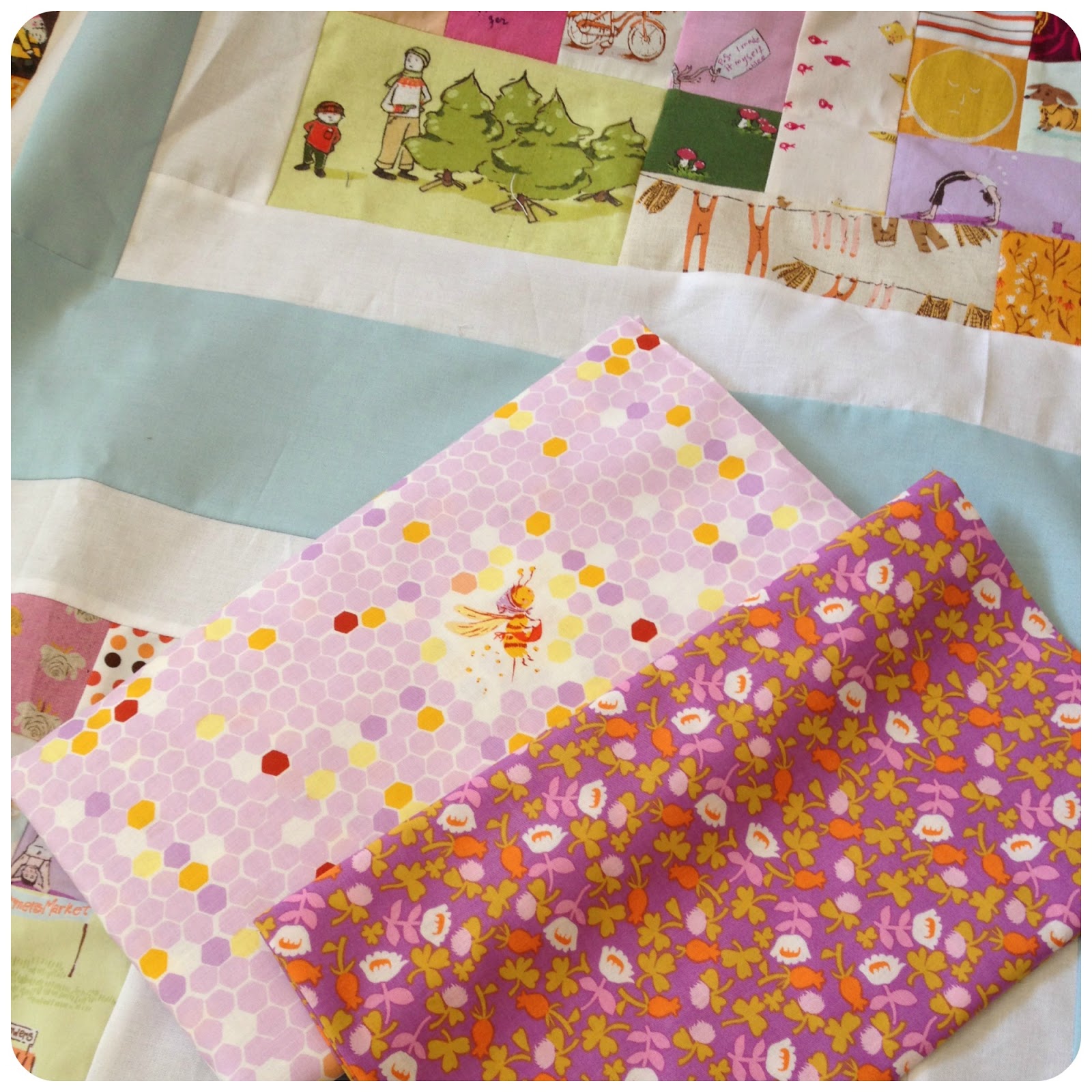 Susan
Posted by Canadian Abroad at 17:01