So I fell behind in my bee block making. And with commissions pending I had to pull my finger out and put some time aside. All these are for the wonderful Stitch Tease Bee

First up was February for Dianne, who asked for Mid-century Modern blocks. I struggled with this but using her Pinterest board for inspiration I came up with these two. 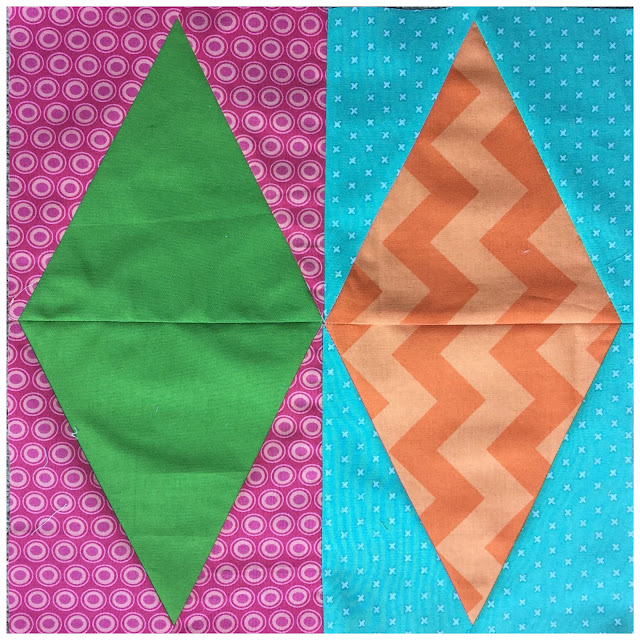 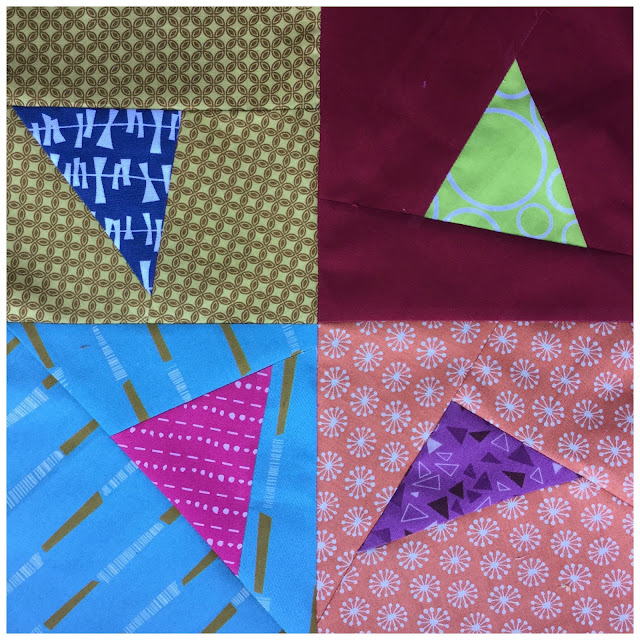 For March Cindy gave us a super easy block (which I appreciated considering the month I've had) and it was just a matter of randomly pulling colours and cutting 2" squares. Throw in some low volume and Bob's your uncle.

Finally, I made the April blocks for Agnieszka in the month they were actually due in. Small miracle there. Se asked for botanical blocks that resembled how a child would press flowers, taped down in a notebook, little hand printed labels.

I tried some thread painting for one of them. I have to say this was not as difficult as I thought it would be but I do believe a have a long way to go before I was proficient enough to be proud. 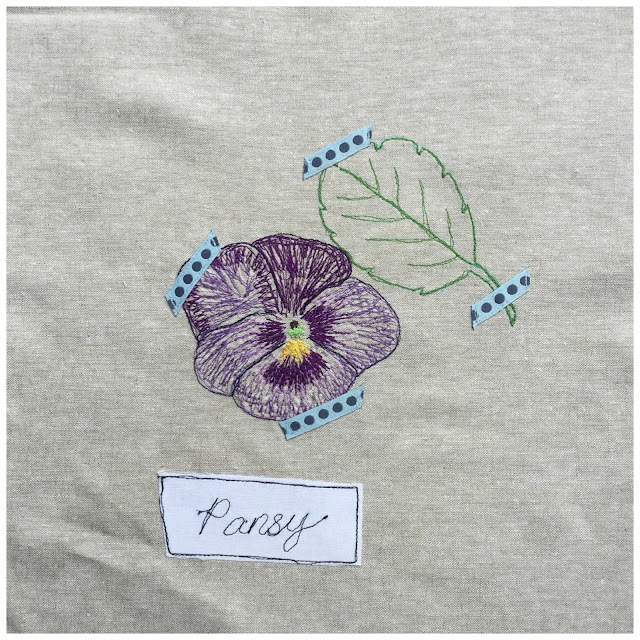 The second block was a no brainer. 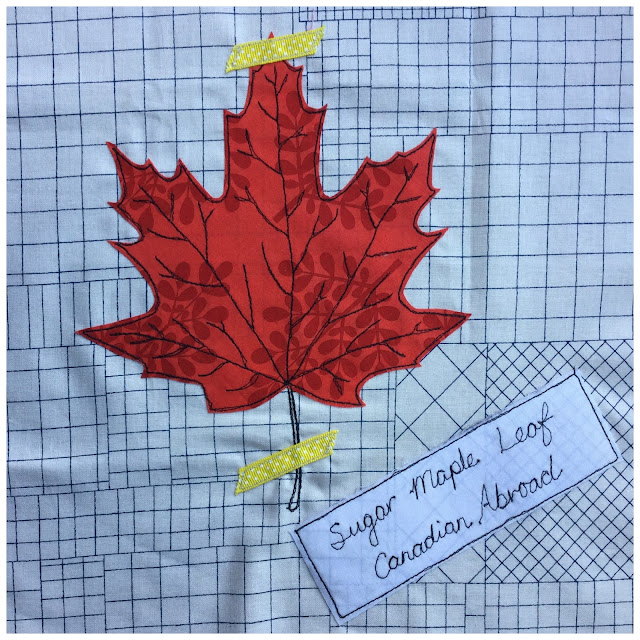 It's my favourite of all the blocks I made in the last couple of days.

I hope all the lovely bee ladies are happy with what I made for them, albeit it late for two out of three. Now I am ready and can say, bring on the next round.

Susan
Posted by Canadian Abroad at 14:02