One of the benefits of having a million and one projects on the go is you never have to do the same thing two days in a row. You do, eventually, have to start finishing things though. Today was the day that my bunny embroidery needed to be turned into something useful. 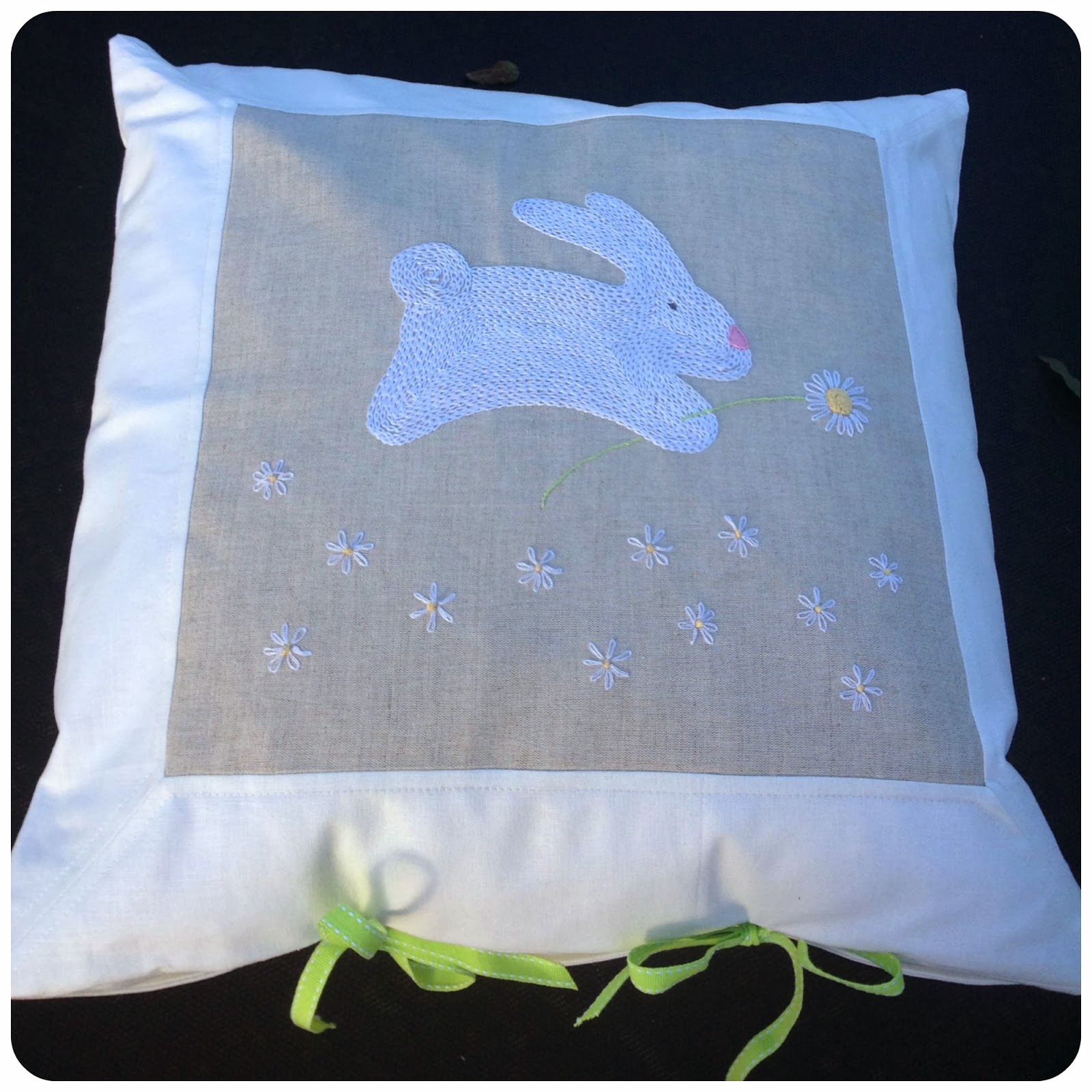 One cushion, done. I used white linen for the borders and the backing. Wanted to keep it simple as the bunny is the star of the show. I debated about closures as I didn't have any long zips left, and my supply of aqua blue ones would have been entirely inappropriate for this project. As I debated internally, my eyes fell upon the ribbon I bought for the lavender bags and I instantly knew it was perfect for this. 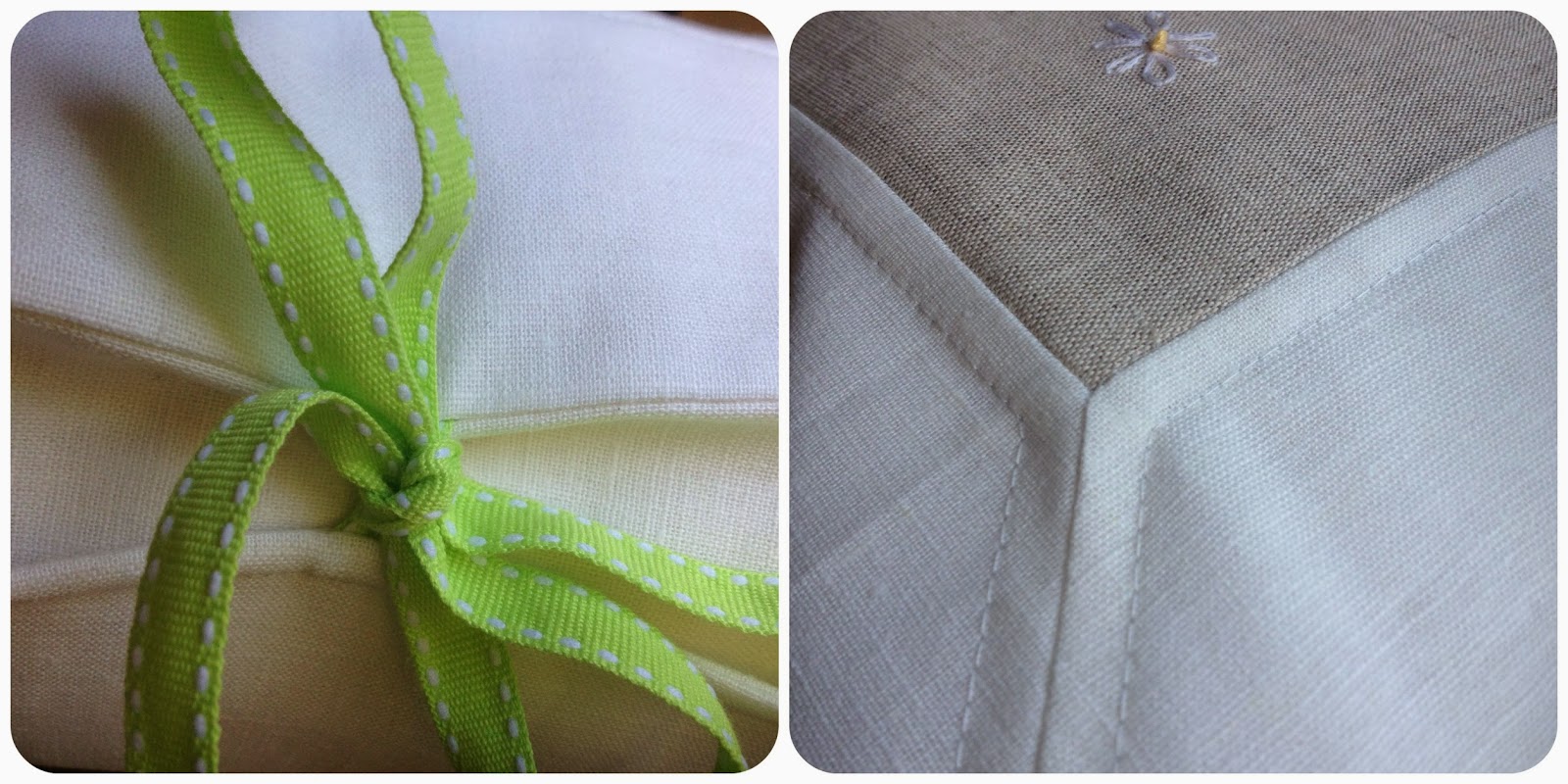 I was also pleased with how my mitred corners came out in the white linen. It just seemed the right thing to do as there was not going to be any heavy stitching to hide seams, etc. All I did was top stitch around the white piecing.

The hardest bit was getting half decent photos. Everywhere is too damp and nasty to put something this pretty down on it, or lean it against. The trampoline surface was the only available thing that didn't make me cringe. Then there was the sun, welcome most of the time, but the shadows it cast when it was out were phenomenal. Though it did make the embroidery glow. 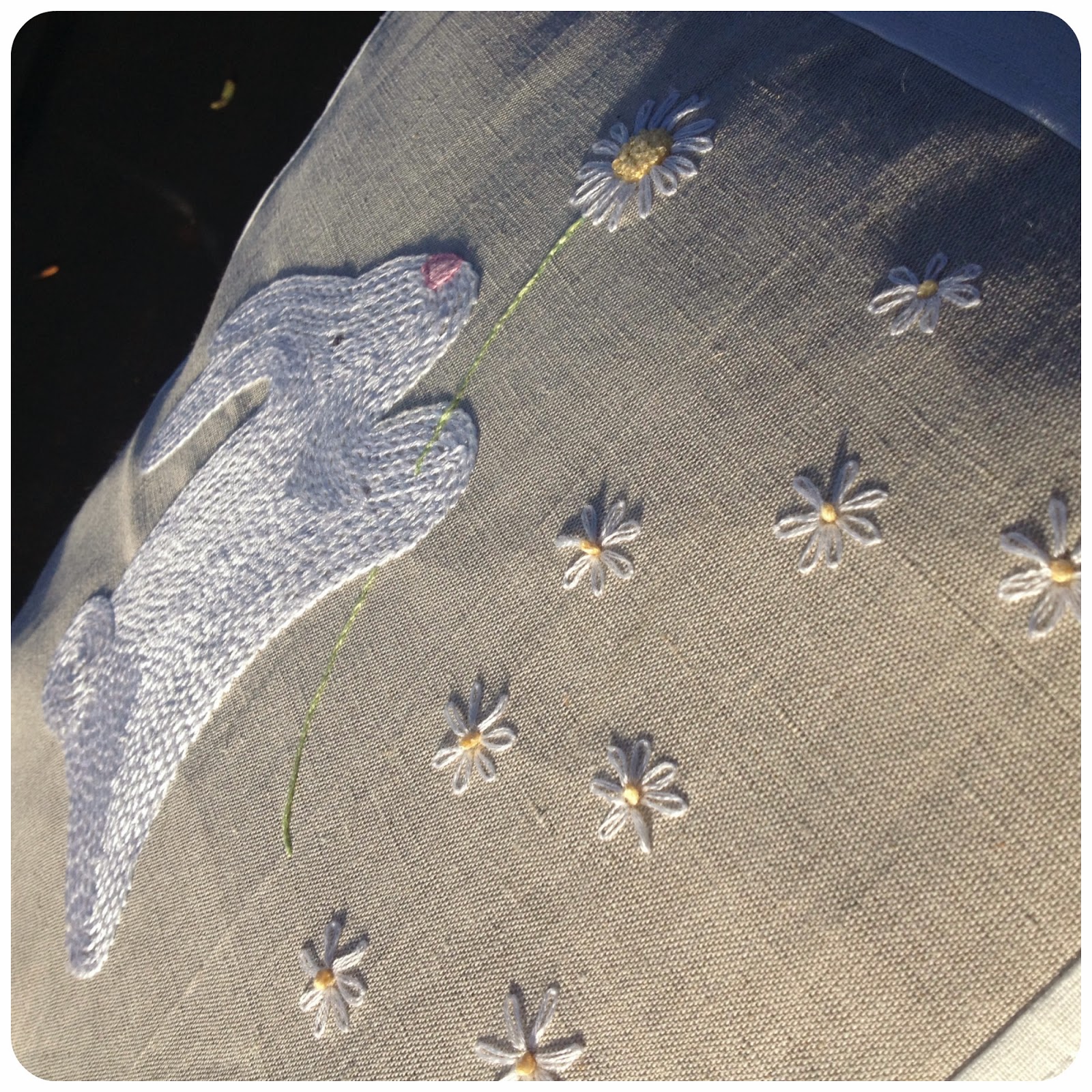 Yet another project I wish was on the FAL list. Surely someone somewhere has thought of a way of fudging that list by now!

Susan
Posted by Canadian Abroad at 14:03