I can see the light at the end of the tunnel for the finish of the two projects I want to tick off my list the most right now.

Today I dug around and found the backing fabric for the Christmas tablerunner (some Riley Blake), and also chose the binding (Flurry). I know, some people plan ahead and know what all their fabrics are going to be before they start but that just wouldn't be me now, would it?!

I stitched in the ditch round the hexies once the backing fabric was securely spray basted, and then I just did a line 1/4" in all round the border. The hand stitching holds the wadding in place additionally so I am happy to stick with this simple quilting. I just have to make and attach the binding now and then this will be done. 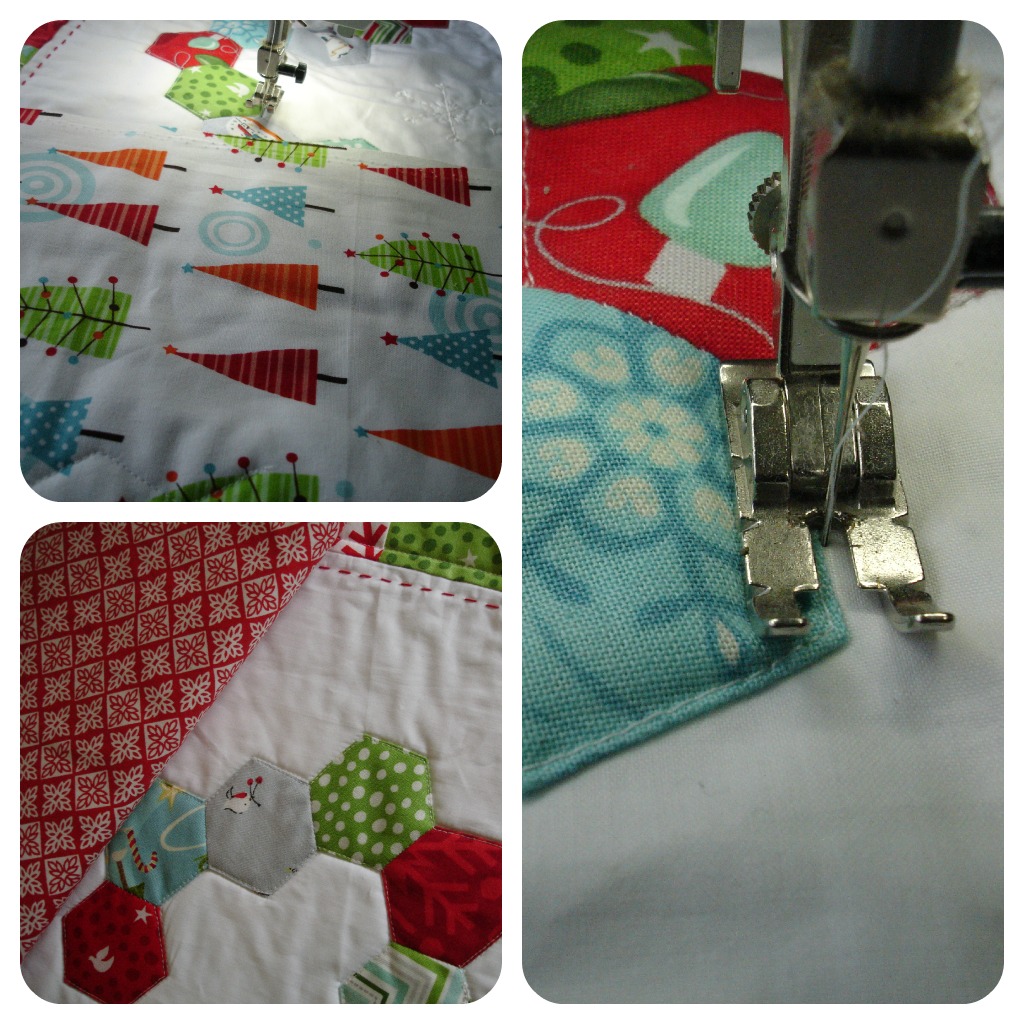 Meanwhile, I also came to a decision about One for the Birds. I decided that I good wide border would bring the quilt up to a nice throw size - it's about 48" x 62" now. I added a narrower Kona Charcoal border because I wanted the overall quilt to look like it was in a picture frame. I knew the look I was trying to achieve but not sure if I did. I don't love it, but I don't hate it enough to rip all those stitches out and think of something else. I am rather hoping it will grow on me. 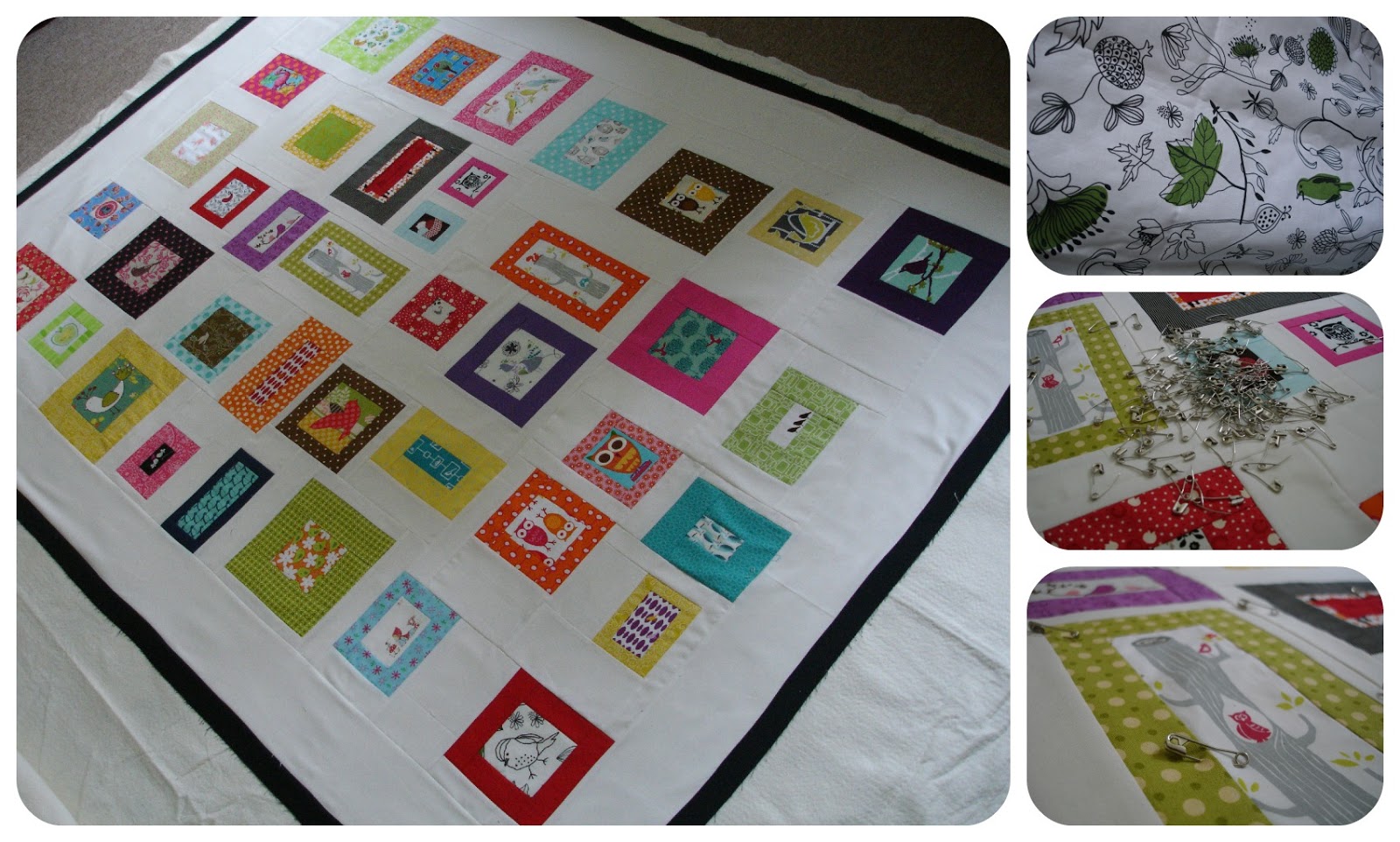 The backing fabric I bought quite a while ago from Ikea as I knew as soon as I saw it that it would be perfect for this quilt. I cleared a space in the sitting room and went about the business of laying it all out, smoothing endlessly, pinning for England and then finding out that not matter how hard I worked at it there were still puckers on the back. I will get those out tonight while I watch some telly. I am hoping to get some quilting time in tomorrow. Fingers crossed.

Susan
Posted by Canadian Abroad at 13:44