... for the FQ Retreat Sample Swap. Well, I have had several ideas really. The first one was the sqaure(ish) pouch with the zip going round three sides. I have another pouch idea, but I thought I would work on something entirely different.

It will either appeal as a swap item or people will think it is a total waste of space and wonder what on earth I was thinking. I drew my plan up on the computer and then used my handy dandy light box to trace it out on some linen. (aka: the window, some cellotape and some sunshine) 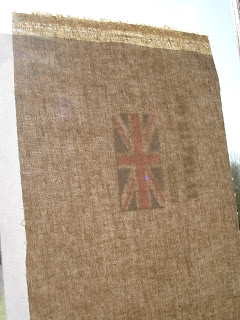 A rummage round showed me that I had a water soluble pen. Either my best friend bought me this - because she buys me some fab sewing notions - or I have no idea where on earth it appeared from. But it was useful when required. 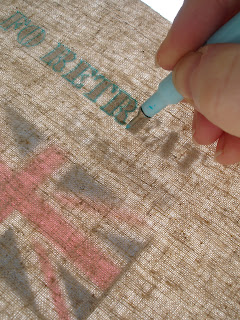 I popped the linen in a hoop and I was ready to do some sewing. 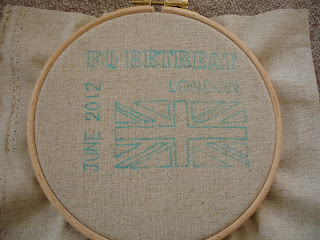 So, honestly, what do you think? If you got a hoop instead of something 'useful' at the Retreat would you think it was a good idea or a waste of bloody space? (I like hoops but understand that others might not.) 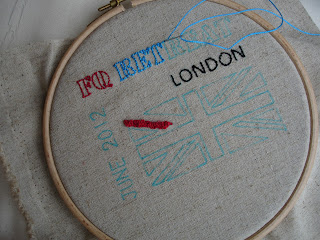 If you do like it, would you prefer it as a hoop to hang as a memory of the weekend, or would like to see it as part of a zippy pouch? Or something else entirely? 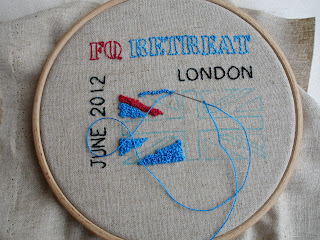 And now the most important question. How do you feel about the satin stitch? 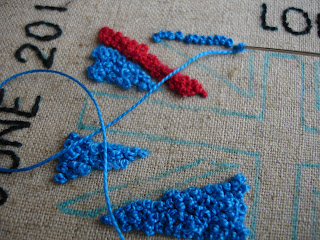 Because I am really regretting the decision to do the flag in French knots. It is taking forever!

Susan
Posted by Canadian Abroad at 14:00