And The Holiday Is Over

But the jet lag is kicking butt. More with me than them. Since My last blog post we have had more wonderful times, the highlights of which are - 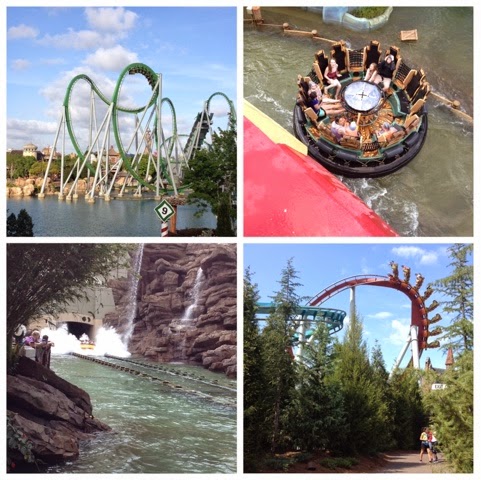 A day spent at Universal Islands of Adventure where we spent a great deal of our time either getting soaked, or upside down. We were there for ten and a half hours and had a total blast. I'd go back tomorrow given half a chance. 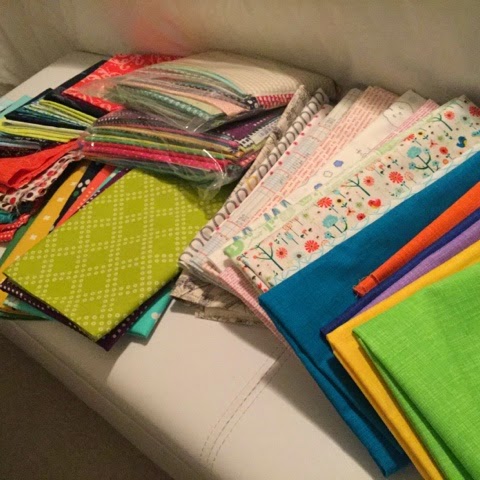 Then when we flew back to Detroit Francine and I detoured to Pink Castle and I tried not to hyperventilate while I bought a bit of fabric. I kind of got overwhelmed. So wish I lived next door. 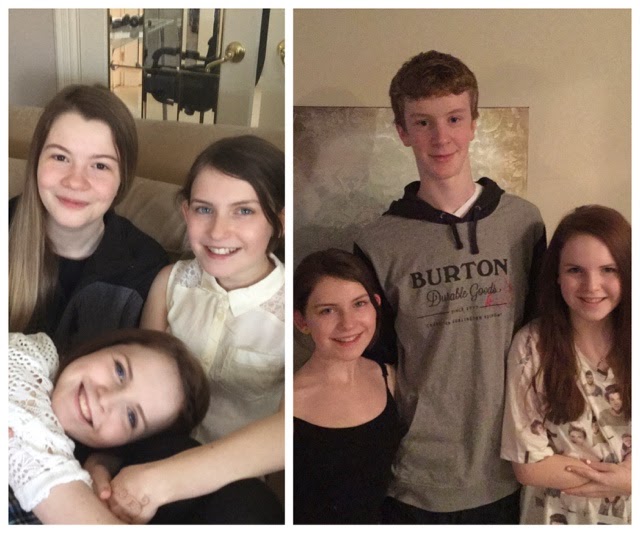 Once back across the border in Canada the girls got a few days with their cousins. As you can tell they benefit from a different gene pool than my two. 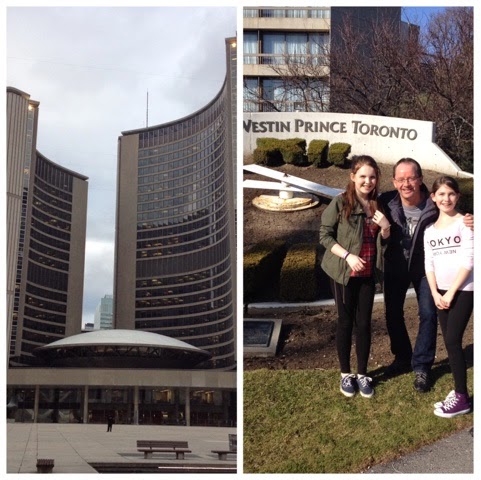 Then we headed for a couple of nights in Toronto with my brother. 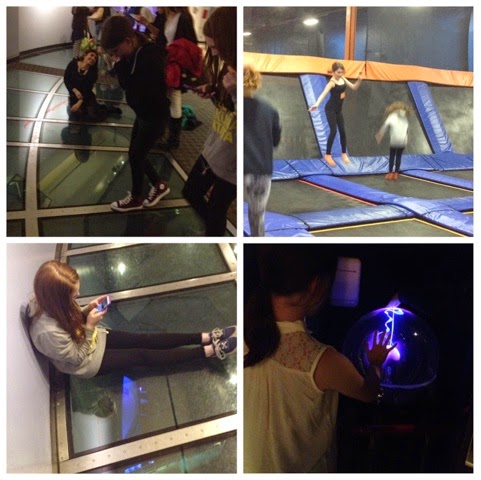 Highlights of our time there included the giant trampoline place. A nighttime visit up the CN Tower. You can tell which child was unphased by the glass floor and which one didn't trust the engineering. We also spent a day at the Ontario Science Centre, where we were joined by an old friend of mine that I've known for about thirty years. Always good to see friends, and introduce your children to them. Thanks for driving down to the city to see us, Gary! (Yup, he reads this blog.)
Toronto also catered to my food side with two Chinese meals, Mexican and an amazing Greek meal on the Danforth. Restaurant choice has to be the thing I miss most about living in a city. We also did a shopping trip to the Eaton Centre, because it just has to be done.
Then we came home. I've unpacked, sort of maybe. Okay, all the fabric and notions are in the sewing space. I know what is important! 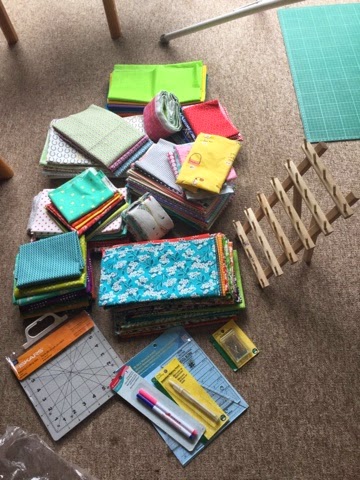 Besides the Pink Castle extravaganza I had a package from Knotted Thread deliverer to the hotel in Orlando, and some destash purchases. And my bestie had a FQ bundle waiting as a Christmas present for me too. The notions I bought at Joann's. I'd like to say that I won't be buying fabric in a while, but I may have impulsively bought some destash that Aneela Hoey posted online today.
Okay, someone stop me now. I have a holiday to finish paying for.
Susan
Posted by Canadian Abroad at 18:40