The Finish Line Is In Sight

I've not been working on the hexies as much as I should be doing, though I been making slow but steady progress. In all appearances it looks like I've got the straight back and sides I was after. 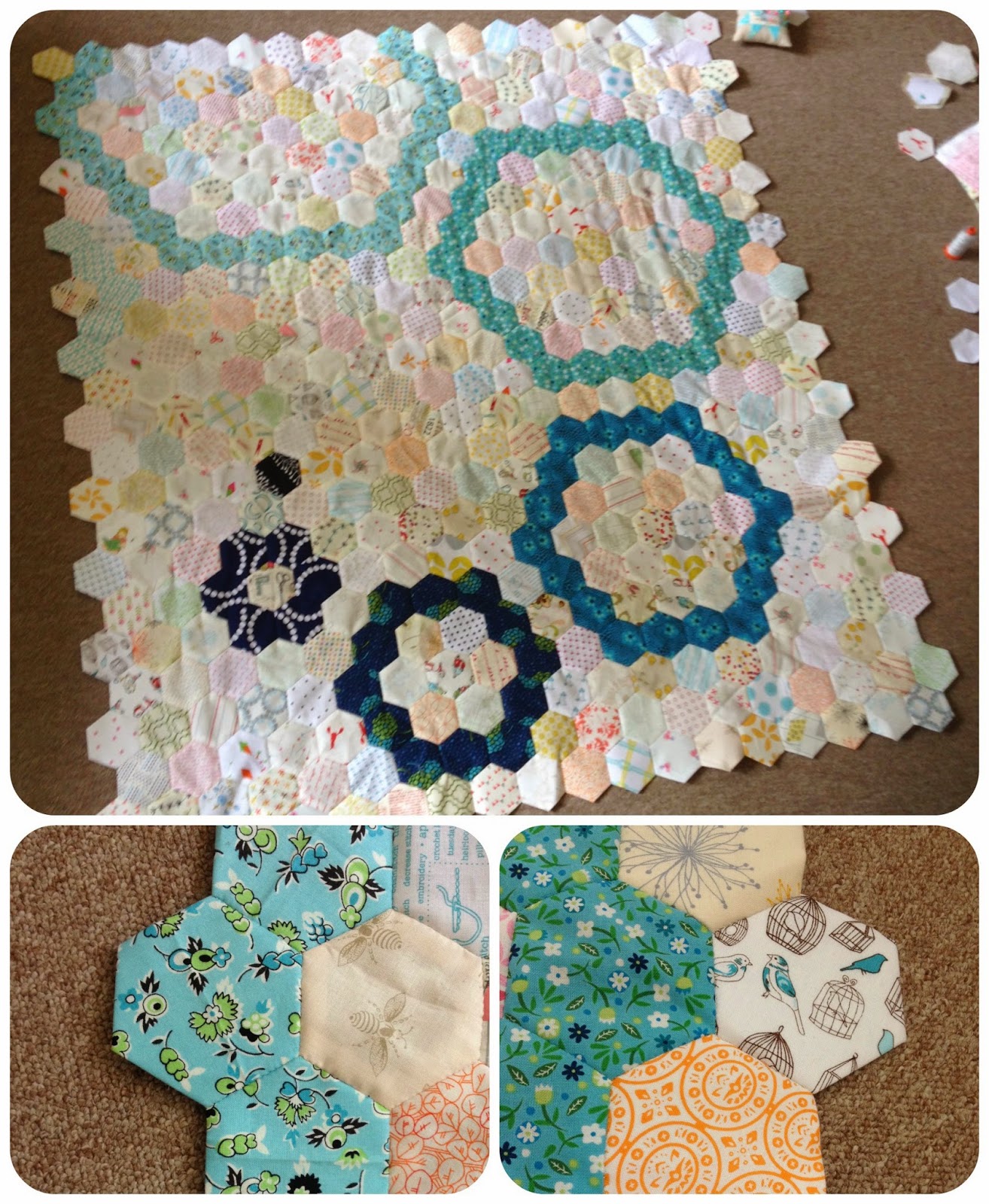 Only I have a problem with it. To me it is not balanced, which might sound like a weird thing to say about this quilt. If you look at the close ups of the edges of the quilt shown above you will see that the large 'circle' hexie on the left is one full hexie from the edge of the quilt. The one on the left is right on the edge. I do not like that. 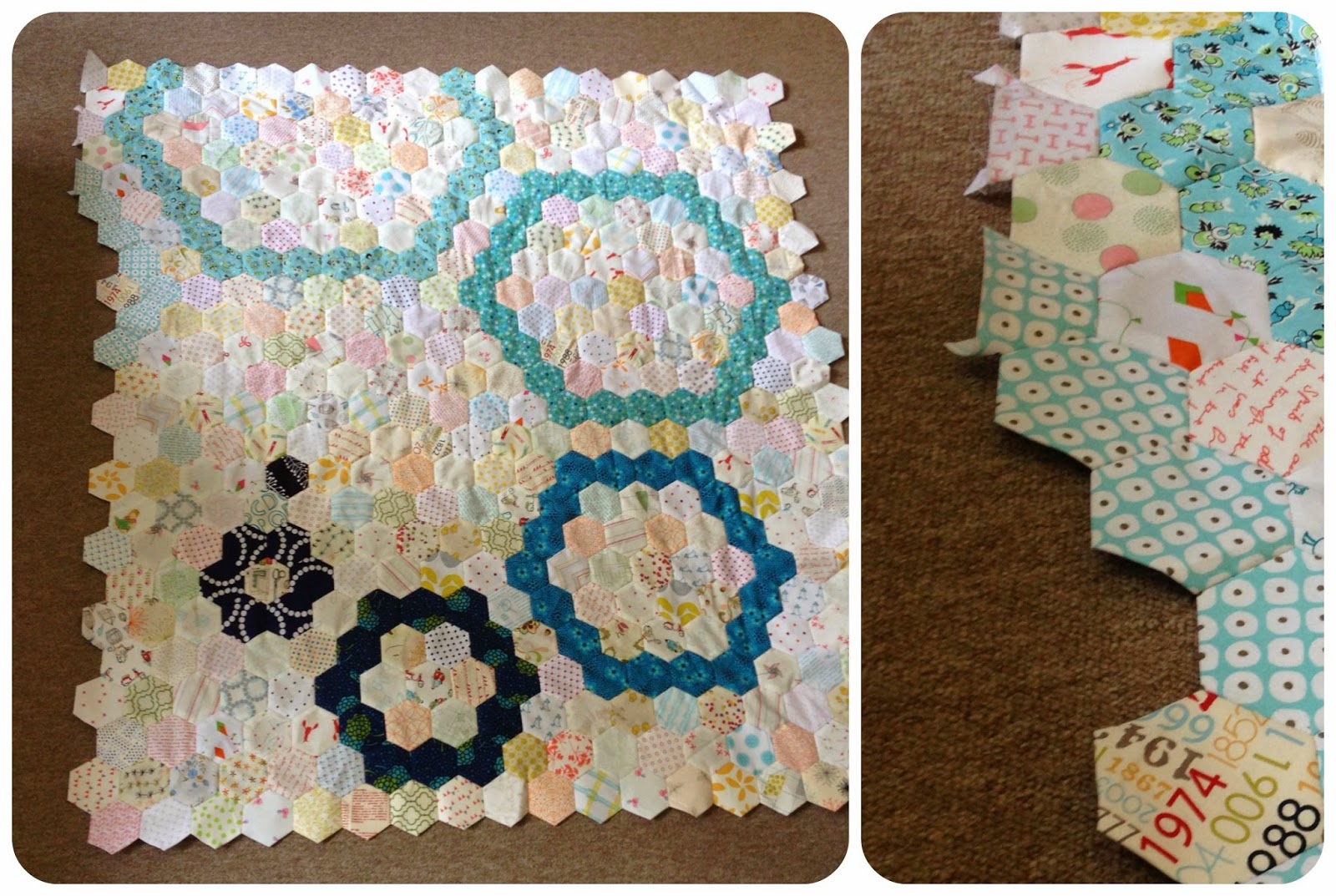 So not that much more to piece really. And you can see that the large hexie circle on the left will now be half a hexie away from the edge. This makes me happy. Happy is good.

And that has been today. Hexie cutting, basting and sewing. Sure beats yesterday. Nice and peaceful and not a call centre putting me on hold anywhere to be seen. Woohoo!