Stitching in the Sunshine

While I was away with the girls I basted some hexies. Quite a few hexies actually. Almost 100, which is a lot for me as I haven't done a lot of work with hexies up to now. Just a few here and there. I must say that I find the basting surprisingly relaxing. Even the cutting of the fabric was rather zen-like for me, and as I usually have the attention span of a gnat that doesn't happen very often.

(Oh dear, Picmonkey is not playing. Today's photos will be abbreviated to a select few!) 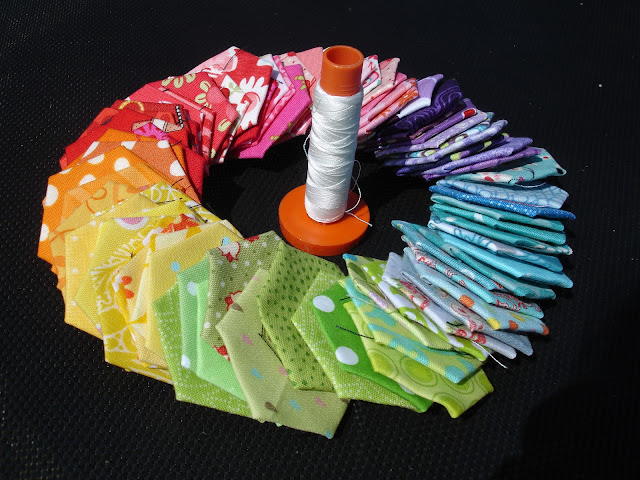 I was rather pleased with myself until I sorted the hexies by colour piles and realised I had failed to take enough blue away with me. I had plenty of aqua but one solitary blue just didn't give the right balance. 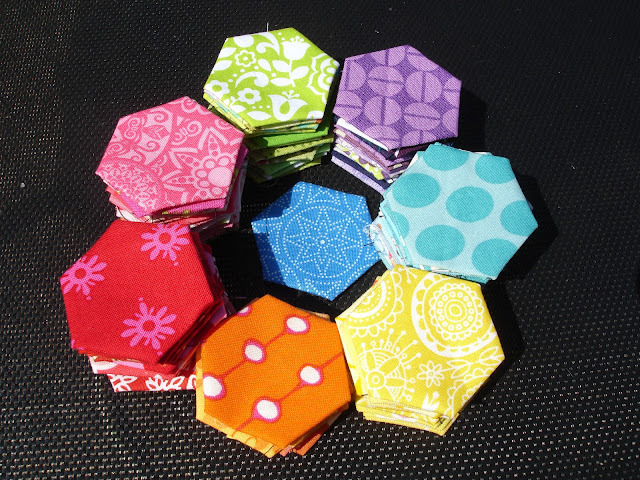 So more cutting and basting ensued, and then I sat by the trampoline and played with layouts in the sunshine. The girls played in the paddling pool and all was right with the world. 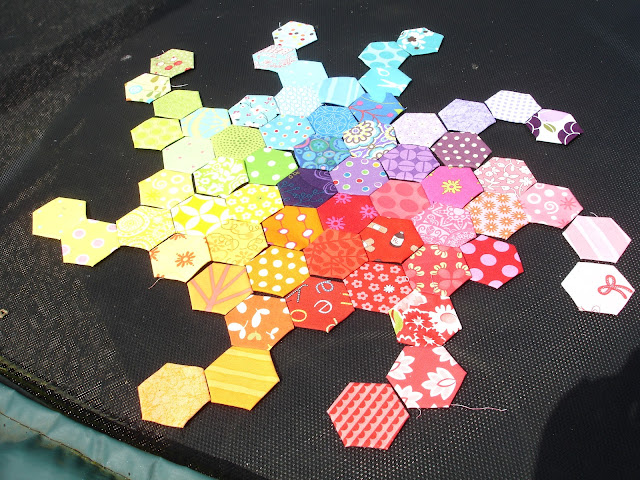 No, that layout above is not the one I wanted. Just playing. It looks too octopus like for me.

I eventually got them laid out in a more sedate order and sat there in the sunshine sewing. I was ticking along nicely for ages. Leaning over to snatch another hexie from the layout with regularity until - suddenly, from nowhere - a big old gust of wind put paid to the whole peaceful scene. I was pebble dashed with hexies. My layout was lost. My zen-like state of being was well and truly shot to hell. I moved inside! 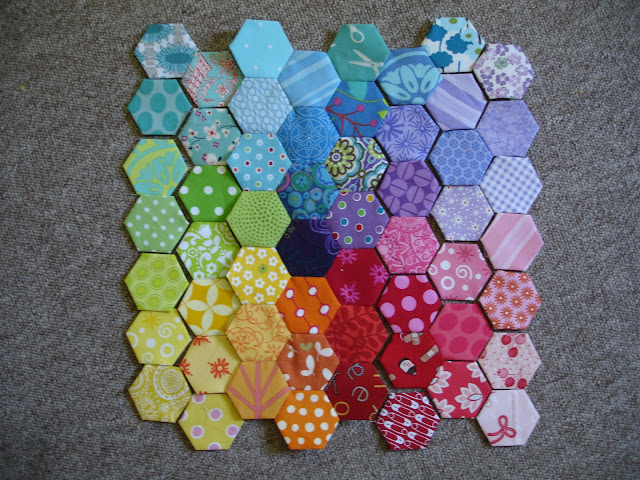 I sewed some more. But now it is time to go light the barbecue. Far be it for me to ignore a nice hot day here in the UK. The veggies are ready for grilling, as are the chicken thighs. I think I feel my happy place returning.

Susan
Posted by Canadian Abroad at 17:42