Summer Where Are You?

I know that some of you out there are baking in stupid hot temperatures. Not nice and not fun, especially if you live in any of the areas that are  being affected by hurricane strength winds, or wild fires. I am sure you are not going to feel particularly sympathetic about our plight here in the UK, which is the total failure of summer to show up so far. It was 14C (60F) here yesterday. And raining. I eventually caved in and put the heating on for a while because I hate being cold. For the record, the weather is the same today too.

It is hard to get enthusiastic about things when the weather is just so ick. I have a freezer full of meat frozen in tasty marinades waiting for barbecue weather to start. Instead I was slow cooking a big pot of chilli yesterday. This is just so wrong in July!

Right, whinge over. Moving swiftly on, I have got a little sewing done. The two outside panels for the Framed Purse Swap are ready to be trimmed down and joined to the lining fabric when I remember where I put it. I have done some rather random stitching with perle cotton on each panel. I am hoping that this appeals to my partner. 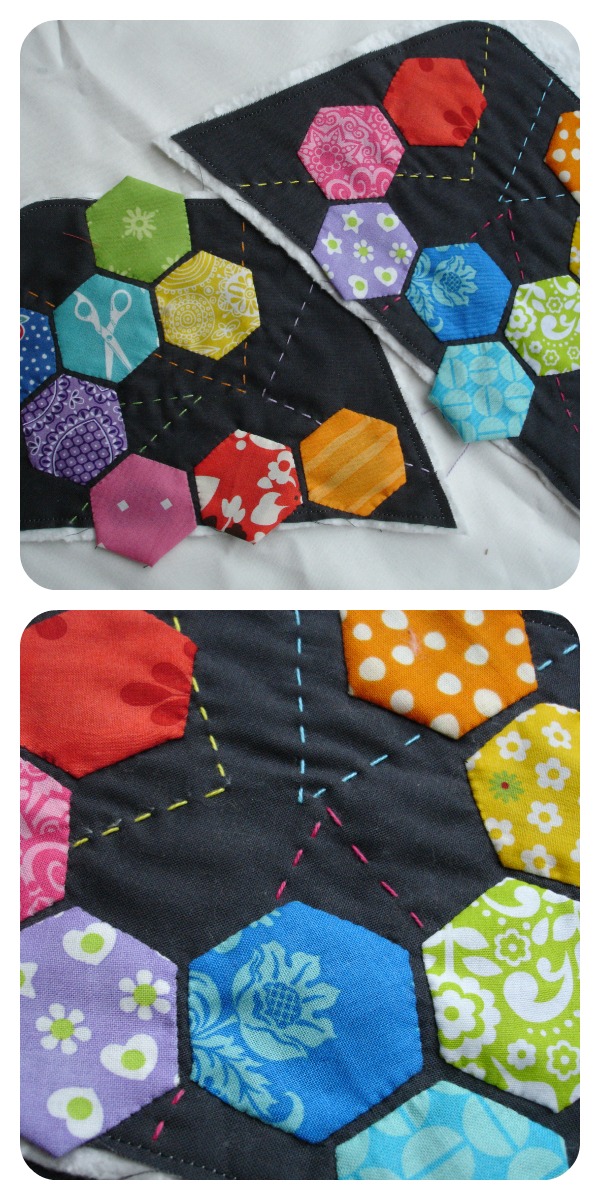 In other news, I had a flat tyre yesterday. I was so flabbergasted by what the mechanic found inside my tyre today when I took it to see if it could be mended (it couldn't be). This is what he found had punctured by tyre and gone right through to the other side. 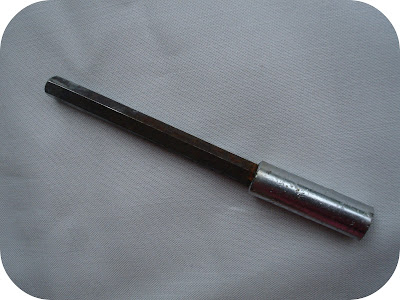 Apparently it is some sort of screwdriver bit for a drill. It is about four inches long. I do so wish some people could be more careful where they left their tools. Like not in roads for some poor unsuspecting person (me!) to run over and pierce the tyre. Just a thought!

Susan
Posted by Canadian Abroad at 16:04